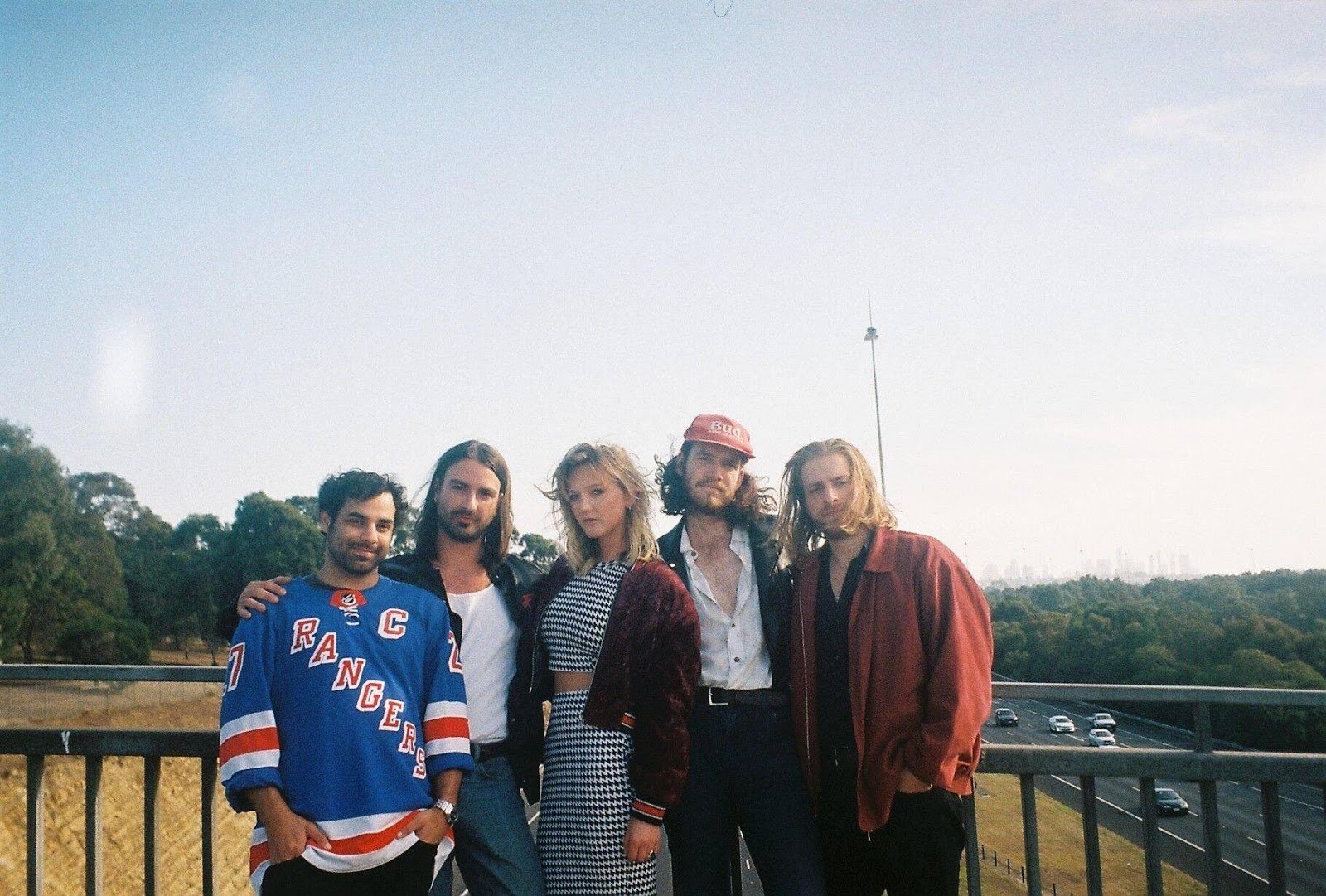 Melbourne, Australia’s breaking power-pop group Romero give us another fresh taste of what they have to offer just before the hectic year is up. Having hastily sold out multiple pressings of their debut double A-side 7″ “Honey / Neapolitan” in February, “Troublemaker” exhibits the band’s classic yet modern pop sound that has already earned them press coverage from the likes of DIY and NME in the UK.

The quintet is made up of Alanna Oliver (vocals), Adam Johnstone (guitar), Fergus Sinclair (guitar), Justin “Murry” Tawil (bass), and Dave Johnstone (drums). Speaking of their latest track, lead vocalist Oliver mentions in a press release: “’Troublemaker’ was born after a conversation I was having with my mum about a girl I knew … we both came to the conclusion that she was in love with my boyfriend and my mother called her a troublemaker hah! I was like ‘Yesssss mum!’ I hung up the phone immediately, pulled over my car and started writing these lyrics … it felt very serendipitous.”

Romero’s followers swoon for frontwoman Oliver’s soulful verses layered by shimmering, unforgettable riffs that master the sonics of heavy-hearted stars of ’70s and ’80s punk, glam, and pop. Think somewhere along the lines of Blondie meets The Strokes, and you’ll arrive at the sound of Australia’s newest up and coming musical exports.

“Troublemaker” opens with rousing drums and guitars, which simmer over a punchy musical broth that’s waiting to be brewed. The sense of anticipation is rife before the gates are let open upon the delivery of Oliver’s vocals and the band pile on with their trademark, catchy guitar riffs.

When it’s safe for us all to go and see Romero in the flesh, it will be the verse sections of “Troublemaker” that will be echoed the loudest by fans. Oliver’s heavily distorted vocals harken back strongly to Julian Casablancas’s signature style and the singer’s catchy delivery is nothing short of lovable.

The chorus best sums up the lyrical theme for the track with lines that read: “I cross my heart and I hope to hell that we / Cut ties, have to cut ties / Off the shirt he wear / Bring a needle and a thread.”

Overall, with “Troublemaker,” Romero emphatically succeed in delivering 3 minutes and 54 seconds’ worth of classic cool and modern energy.