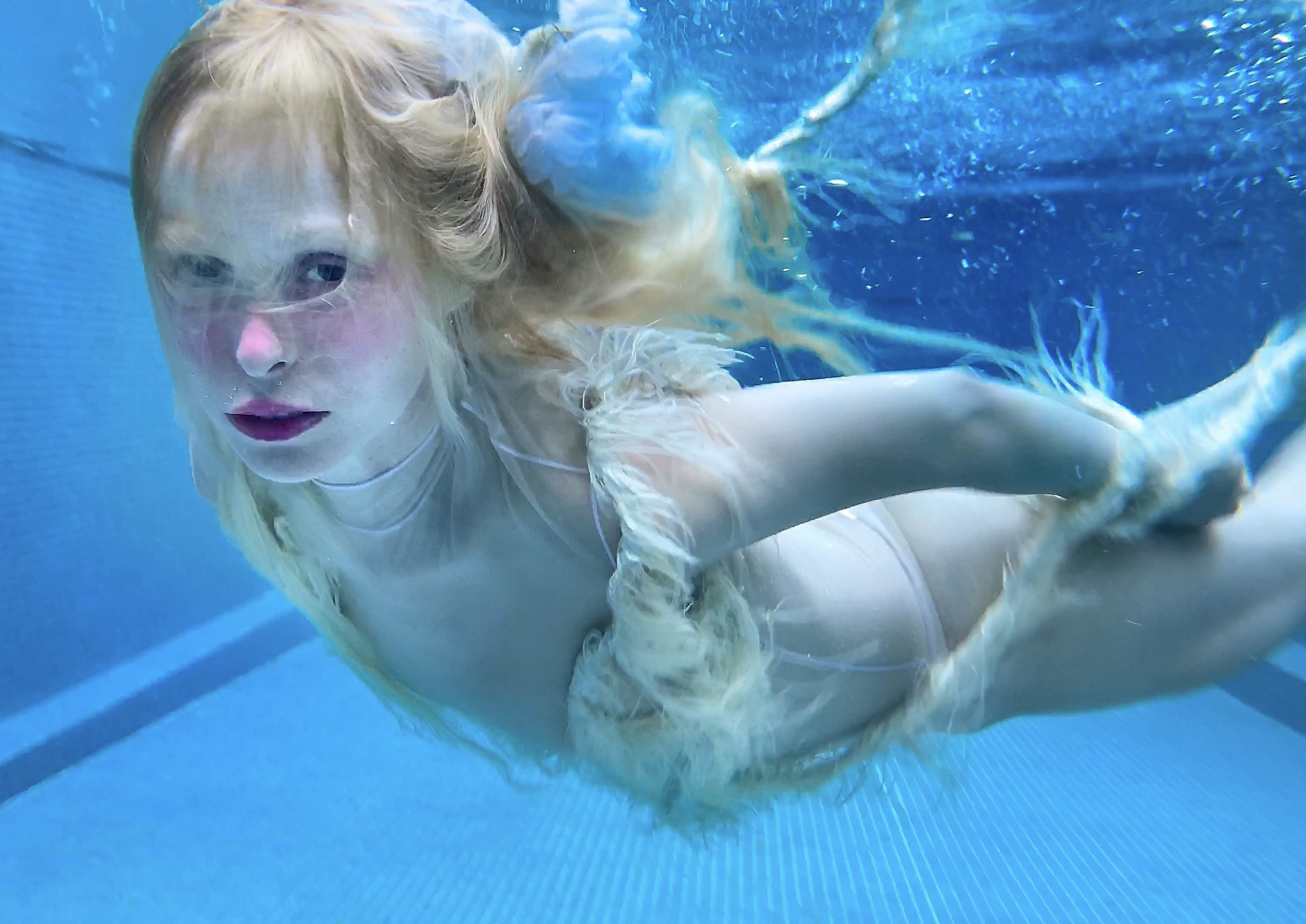 Petite Meller – Dying Out of Love

Separation. Isolation. Loss. In 2020, these words are all too familiar. But how can individuals make sense of this tough year? If music is the answer, then Petite Meller’s latest single is a cathartic track the world needs to listen to.

Co-written with Andreas Söderlund, “Dying Out of Love” is a bittersweet single born out of a painful breakup Meller went through during quarantine. She channels her inner pain into a touching aural experience, fusing classical music and electronic pop together. Labeled as an “ork pop” piece, her new sound consists of music that is grand, orchestral, and cinematic. It’s a far cry from the toe-tapping sounds found in her previous tracks like “Baby Love,” and “Aeroplane.”

Featuring instrumentation from a 40-piece orchestra, “Dying Out of Love” opens with Meller’s melodic vocals floating over otherworldly orchestral strings. She gently declares “our love is art / and art is just forever my love,” her post-breakup pains emanating from these heartfelt lyrics. Halfway through the track, the rich orchestral sounds are counterbalanced by electronic beats. Complex emotions emerge from Meller’s layered soundscape: heartbreak, purification, loss, hope. Overall, a fitting tune for a painful yet transformative era.

Accompanying the new single is an enchanting music video directed by Lior Susana. @present_passive, an Instagram account run by Maayan Goldman, was the inspiration behind the visual concept. The account features a selection of artwork depicting women in varying states of rest. To get her fans involved with the video, Meller asked them to film themselves in similar passive positions; an ode to our isolated activities throughout quarantine.

To mark the new single, we caught up with Meller to learn more about her musical evolution, ask about the art that inspires her unique sense of style, and to see how she’s been coping with these trying times.

Dying out of Love is described as an “ork pop” piece. What influenced the transition from “nouveau jazzy pop” into “orchestral pop”?
I’ve always been fascinated by classical music conductors. When I was a kid I would imitate their moves.  It seemed to me like the ideal profession. In LA, where I live now, I started to go and see classical concerts that featured music by Vivaldi, Bach, and Mahler. Then when I covered Neil Young’s song, A Man Needs a Maid, I was hooked by the orchestra in it. It felt like the whole sound of my music should be epic like a space opera or a movie.

In Dying Out of Love I was writing with the Swedish producer Andreas Söderlund (HYENA). He comes from a classical music background. He played me this song he wrote as a present for his wife for their wedding which he recorded with the Royal Stockholm Orchestra. I was very moved, and the lyrics came out quickly. I wanted to combine electronic beats with it. Slowly my new sound developed.

Your music video features women resting which was influenced by @Present_Passive. What did you find inspiring about the art they feature?
My friend that used to study with me in University Philosophy, Maayan Goldman opened an account describing the passivity of our era: a collection of resting women. The imagery inspired me and I asked her if we can do this in a video format. She loved the idea, so I wrote to my fans asking them to film themselves on their phones in their rooms or in public central spaces. Just them lying down and singing the song.

The videos I began to receive matched my other videos’ aesthetic. Some of them were crying. It felt like the heart of quarantine.

The music video also featured the ethereal visuals of you submerged in water. Since the song is partly influenced by your own heartbreak, was it a cathartic experience filming those scenes? And what does the otherworldly imagery symbolize to you?
Director Lior Susana played the song underwater where I could move freely. It was like Watsu, yes, a very cathartic feeling. The water gave me hope. It was like a self rebirth after the break-up I went through.

Since you’re passionate about cinema, are there any movies or directors you’ve been interested in recently? And have they influenced your latest music?
My favorite director was always Antonioni. I love watching old films as they have those endless intellectual shots that take me to realities where architecture can symbolize emotions like poetry. I watch a movie every day.

As many of us have been isolated due to the COVID-19, how has this impacted your creative process? (Has it hindered or stimulated your creativity?)
In the beginning, I wasn’t productive at all and it was funny for me to hear that other artists were happy to be productive. Also, my friends were writing 3 songs a day. Then after a break-up, I started to write out of pain and my new songs came out. At the same time, my producer sent me demos online and I recorded myself on my phone. That’s how High Forever, another song of mine, came about. I wrote very little, but very grand heartbreaking ones. I guess the amount doesn’t count.

You’ve also explored philosophy in your music. Is there a certain philosophical idea you’ve been fixated on during the epidemic?
Kant’s notion of “The Sublime.” This is when a phenomenon happens in art or nature and it tackles the mind, breaking it in a way that is joyful and helps it see the existence of the transcendental sublime. This idea made me go out and connect with nature more. To reflect in nature. To look at the lakes and the desert makes us see humans in perspective.

Lastly, as you’ve been working on a new album, could you hint at what we can expect from it?
Diane Warren wrote a song for me. It sounded very Bowie meets Nikka Costa. It was very Grand. I wrote to Vladimir from the Moscow Royal Orchestra and asked him to record it with a 40-piece orchestra. The outcome was huge and had me in tears when I was giving my comments on a skype call to the 40 people playing my song. My ork pop project is going to have a grand sound like at the cinema.