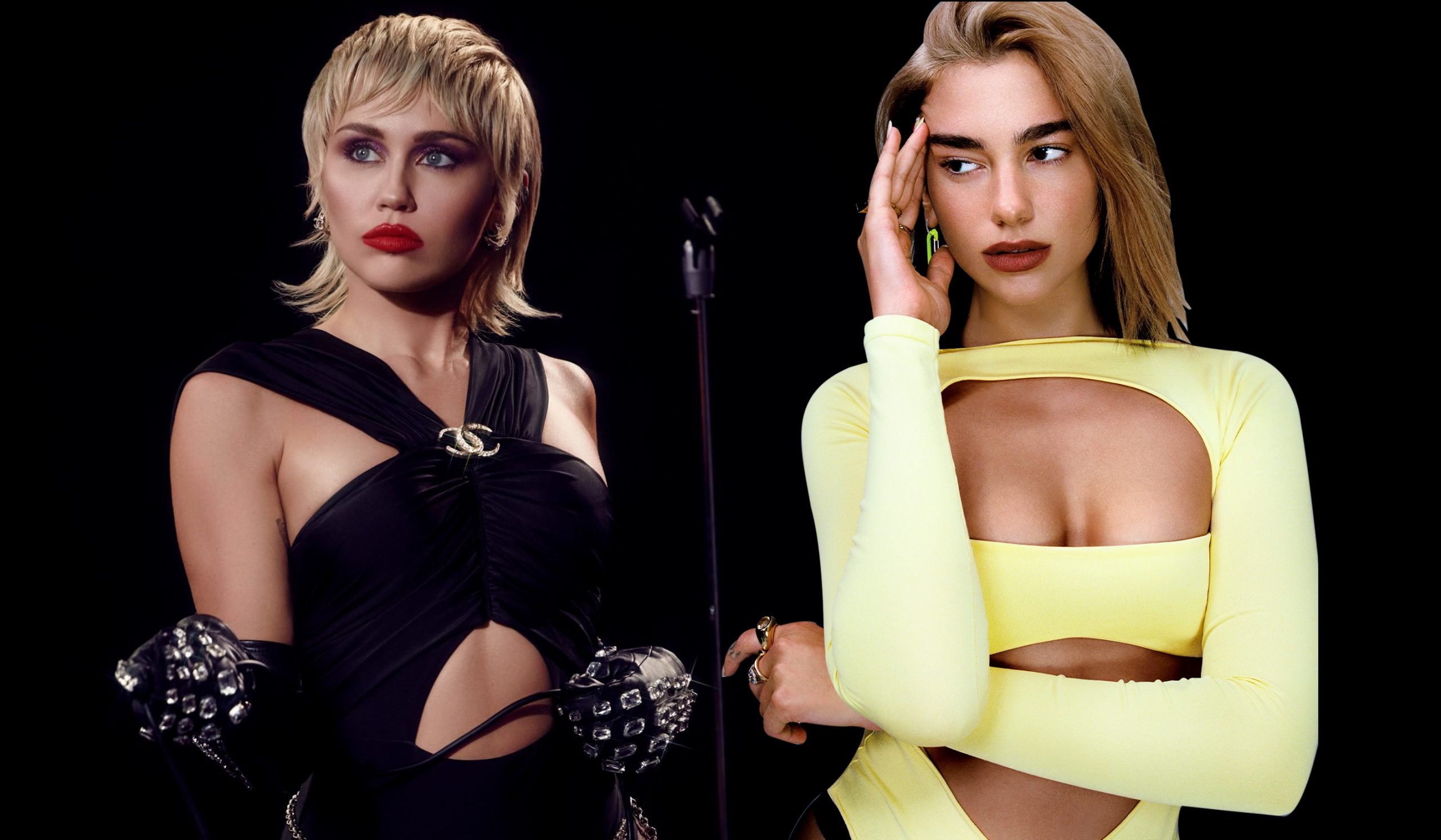 Miley Cyrus is breaking more than the hearts of her exes — she’s shattering any semblance of the chains tying her to her previous lovesick stories. What’s left? Freedom, passion, and a surplus of diamonds. Teaming up with pop powerhouse Dua Lipa, the pair offers Cyrus’s latest single “Prisoner” from her forthcoming album Plastic Hearts (alongside a cataclysmic music video taking viewers on a glamorous rock tour from hell).

Sonically speaking, “Prisoner” is the love child of Lipa’s “Physical” and lead single from Plastic Hearts, “Midnight Sky.” The seamless blend between the two songstresses is practically star-crossed; one could argue it’s among the best collaborations 2020 has to offer. Even so, the duo’s chemistry is hardly limited to the track’s three-minute audio experience. The tune’s music video depicts Cyrus and Lipa as chemical lovers, ferocious bandmates, and best friends from frame to frame. It’s chaotic, gory, and provocative; actually, it’s everything we’d expect from the “We Can’t Stop” singer — but even better.

Cyrus is notorious for reinventing herself, but amidst the party days of “Bangerz” and the folklore of “Younger Now” is a rock legend on the brink of detonation. Arguably, 2020 Miley is her most believable role to date, and we’ve only heard four of 14 total tracks off of the Plastic Hearts collective. Cyrus previously provided fans a taste of her gritty vocals and daring new aura following the release of two epic covers: Blondie’s “Heart of Glass” and “Zombie” by The Cranberries. The icon that is “Miley Cyrus” has always felt otherworldly, but perhaps it’s simply because her soul belongs in the 1980s, where leather is a second skin and glam-rock defines pop radio.

Conceivably, Cyrus would agree: the “Prisoner” video reads like a classic slayer film complete with footage from vintage cameras and art-deco influences. Much of Lipa’s success is based on modernizing vintage iconography itself — her 2020 album Future Nostalgia is quite literally its namesake: a futuristic take on the music of decades past. Visually, “Prisoner” is all things categorically “sex, drugs, and rock and roll” with a signature Cyrus edge. The pair provide viewers a dramatized look into the dark side of celebrity lifestyles. Dripping in jewels and creating a bloody mess, Cyrus and Lipa unleash fearless mayhem while hitting the roads on tour.

“Prisoner” proves rock is anything but dead — and the genre’s legacy agrees. Aside from Lipa, guest vocals for Plastic Hearts are handled by Billy Idol, Joan Jett, and Stevie Nicks. As one of the most anticipated albums of 2020, listeners can expect stellar-level production value and musical integrity as a consistent theme throughout the project. Lipa may have been Cyrus’s prerogative for “Prisoner,” but her newfound sense of independence will be the true star of the upcoming album as an entity.

Plastic Hearts is set to release Nov. 27 on all platforms.