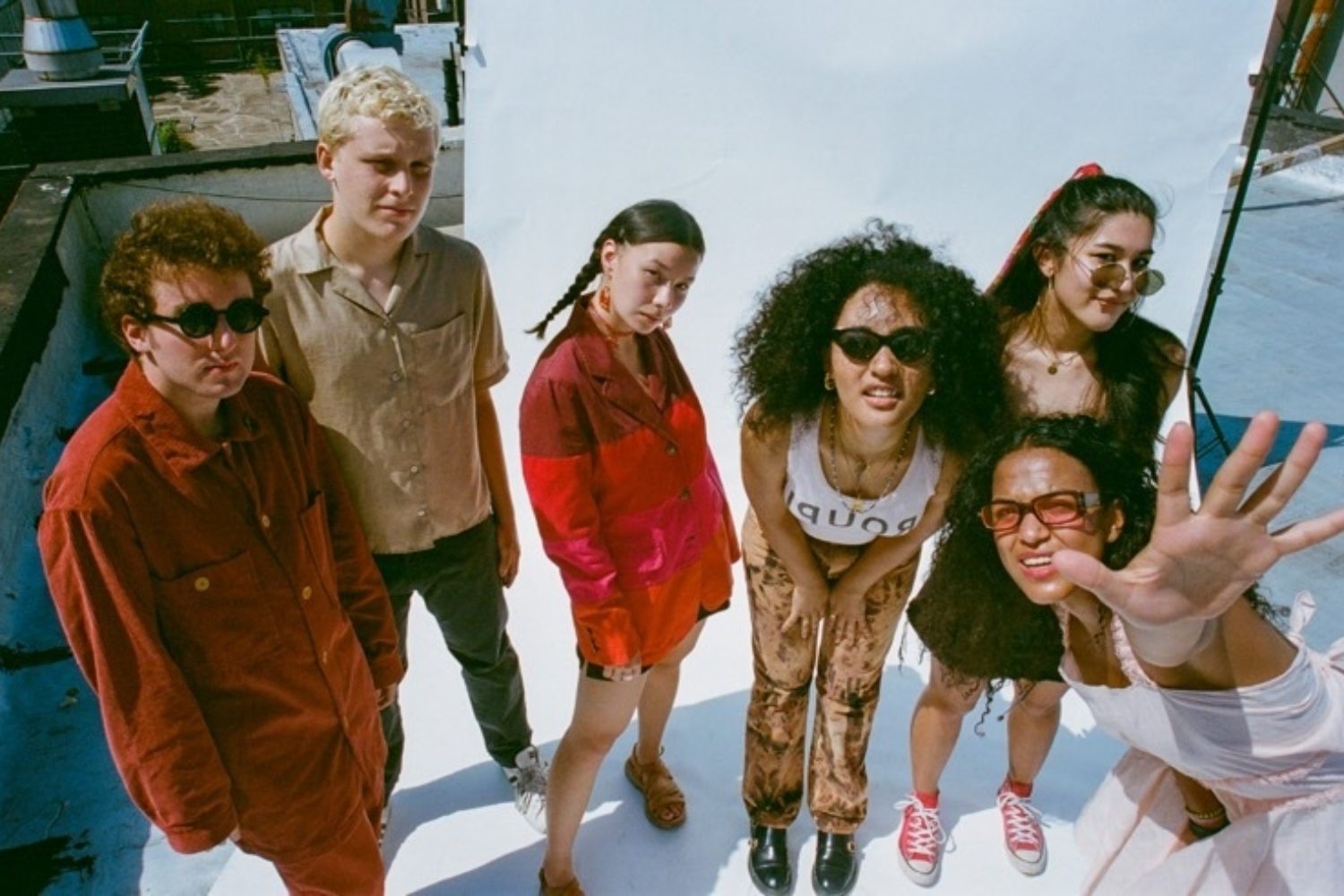 MICHELLE is one of NYC’s hottest new musical exports right now. The diverse collective which is refreshingly comprised of Black, Asian and queer members made waves earlier this year with “SUNRISE” – their first release in two years. This groove-laden number featured the upcoming London protégé Arlo Parks and has been remixed by the likes of the booyah kids! and Leven Kali.

Their follow up single comes in the form of “UNBOUND,” which premiered as BBC Radio 1 DJ Annie Mac’s Hottest Record in the World upon its release. In a press statement, the band shared that, “UNBOUND came alive really fast… we wanted to make something groovy and colorful, that could access nostalgia while also giving our listeners something new and danceable in a way we haven’t before.”

The early 90s fuelled nostalgia permeates throughout “UNBOUND.” Drum machines, arpeggiated synths, and laid-back bass lines flow with an aural glow that feels almost visible. Like De La Soul and A Tribe Called Quest championed thirty years ago, MICHELLE is clearly a group that shares a radiant sense of fun through their artistic expression which is something we all could do with a little more of right now.

Q-Tip’s serenade on “Bonita Applebum” springs to mind when engaging with the lyrical content in “UNBOUND.” Sharing an almost uncanny melodic resemblance to Kelly Rowland’s cameo role in the massive Nelly hit “Dilemma,” the lyrics revolve around a lust-filled fantasy which has the lead character in the track feeling “unbound.”

The official music video, which brims with Fresh Prince vibes, allows for an even clearer dissection of the lyrical content. Based around a two-way relationship, one character is a little keener than the other to “get down,” shall we say! As the song progresses though, the repetitions of the catchy chorus push aside any conflicting ideals between the two: “You won’t ever need another / When we get down with each other / I wanna have you all night… / Baby won’t you be mine.”

In all, MICHELLE is a charismatic, bright beacon of radiant light that is bound to keep you warm during the winter months. Diversity emulates through both their line-up and songwriting style which makes for a colorful, cohesive collective, and “UNBOUND” embodies their infectious luminosity expertly.