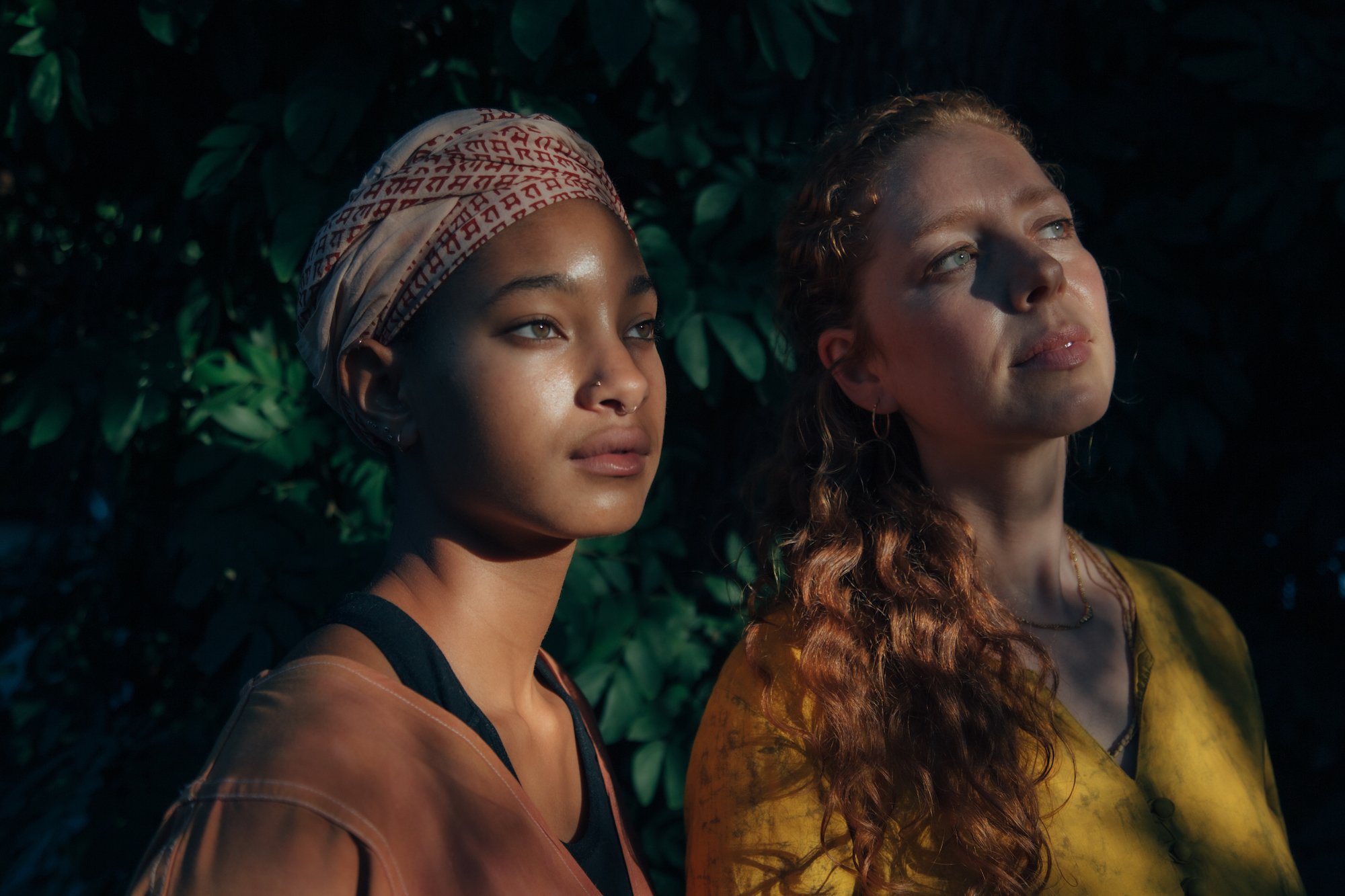 When it comes to genre-bending and keeping fans on their toes, Willow is an expert in the field. Among the juvenile “Whip My Hair,” the upbeat “Wait a Minute!” the melodic “Time Machine,” and metal “Fight Club,” it is not surprising that Willow has dominated yet another music genre.

Quarantine or not, Willow has not let 2020 sabotage her constant delivery of musical content. In March, Willow released another collaborative album, THE ANXIETY, with her partner Tyler Cole. The album is a surprising new sound for the artist, who is known for her work in the alternative/indie genre.

Willow teamed up with Jahnavi Harrison to release a new collaborative EP, R I S E, that brings us into an ethereal woodland surrounded by angelic vocals. Harrison, a British musician who incorporates her spirituality into her sound, is a nice touch on the EP’s originality. Their tracks throughout the EP are inspired by Kirtan music and the teaching of Bhakti-yoga.

The nearly 20-minute EP immediately puts its listener into a state of euphoria with track one, “Rise.” In this chorus, the duo repeats the phrase “Jiva Jago,” which is defined as to wake up and rise from the sleep of illusion. In an interview with Wonderland magazine, Willow shares the feelings she expressed throughout the introduction song.

“You know, when me and Jahnavi were creating the song “Rise,” I was kind of just expressing to her that feeling of waking up out of toxic cycles in your life and kind of rising out of those cycles,” Willow said.

According to Meditative Mind, chanting this mantra leads to the experience of divine consciousness within us and a sense of deep eternal peace. This possibly references the repetitive mention of the four words: unlimited, original, sweet and source. The words could be interpreted as affirmations for both Willow and Harrison.

“Adore,” the third track of the EP, is an angelic affirmation that shares another mantra directly from the Gita, a 700-verse Hindu scripture. Willow and Harrison deliver more vibrant vocals from the Gita in “Born to Give” and “Brahma’s Song.”

To finish the album, “Kairava” is compromised of the 16-word Great Mantra. The lyrics “Hare krishna / hare rama” are the Sanskrit names of the Supreme Being in Hindu culture.

R I S E is exactly what you expect from an artist like Willow. Genre-bending and a spiritual twist prove this EP to be a nice addition to her discography. It is an excellent blend of experimental psychedelic rock with Willow’s usual alternative sound. It is clear that her future in music will always be a surprising gift to her listeners.