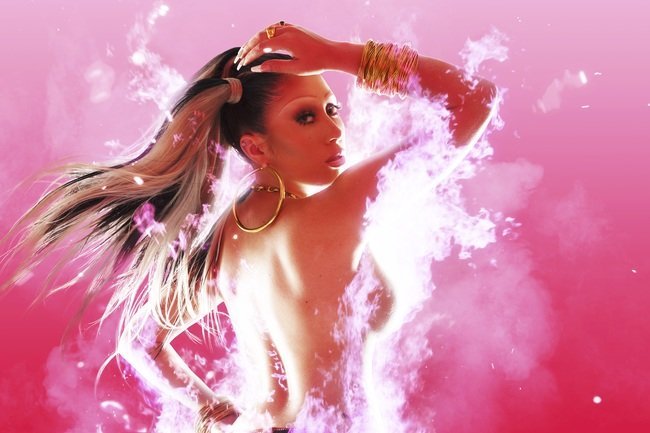 The Colombian-American singer makes it clear that she's in charge

Lyrically and vocally, Kali Uchis has certainly evolved over time, but if there’s anything that has remained consistent, it’s her sexy nostalgic sound that fuses different genres together and gives subtle nods to the types of music that raised her. In the Colombian-American singer’s second studio album and first in Spanish, Sin Miedo (del Amor y Otros Demonios), released Nov. 18 with Interscope Records, she combines bossa nova and bolero classicism with reggaeton and Latin soul, featuring artists like PARTYNEXDOOR and Jowell and Randy.

“This album is full of so many genres that made my childhood & i am very proud of its range of emotions & nostalgia,” Uchis wrote on Twitter. “I hope it brings you any bit of the joy it has brought me. thank you.”

She kicks things off with “la luna enamorado” — a dreamy and dramatic introduction about sweet revenge, fascination, and enrapturing revelation. The title translates into English as “the moon in love” and is a reflection of herself: an emotionally in-tune Cancer whose ruling planet is the moon. Listen to the song closely, and you’ll find that it’s inspired by the iconic 1960s Cuban group Los Zafiros in their hit song “La Luna en Tu Mirada.”

The song is accompanied by a surprise music video dropped on Wednesday, and Uchis brought the classic song to life in technicolor. Donned in full-out Jessica Rabbit-esque flowing red hair while perched on a shiny revolving motorcycle, the singer croons Los Zafiros’s famous poetic lyrics underneath the stars.

Although Uchis experiments with multiple different classic Latin music styles and weaves through eras in time, her themes of sensuality and seduction remain consistent. This is an album about love, passion, sex, and Uchis’s definition of vulnerability without fear. In songs like “//aguardiente y limón %ᵕ‿‿ᵕ%” she sings of not wanting to cry or have pain in a relationship anymore and welcomes in a sweet new lover. But in others like “no eres tu (soy yo),” Uchis demands a partner to not only leave physically, but to get out of her mind as well. While relationship complications aren’t by any means a new theme in music, Uchis takes love by the horns to create her own dreamscape world by which partnership is completely on her terms.

Translated into English, Uchis says on the track, “I make the decisions / I choose the positions / You can have the balls / but I have the pants.”

Her rule-breaking and “I don’t care what you think” attitude isn’t just for music videos and catchy bars, either. Uchis has been notorious for standing up for herself and her music on social media.

“Making this album in spanish was something in my heart i needed to do,” Uchis wrote on Twitter to anticipated clapback from English-speaking fans. “For my english speaking fans who do not wish to make the attempt to listen to music in languages they can’t understand starting practically as a new artist in a whole other territory is hard.”

When challenged by someone who said that they miss the old “Isolation” era Uchis, the singer was quick to let them know that she’s still got an abundant future in music ahead of her.

The bilingual artist’s alternate time-bending reality on Sin Miedo also struck a chord with fans who claimed that her “La Luz” music video, that she codirected herself, perpetuated harmful queer stereotypes that existed solely for the male gaze. In it, Uchis — who has publicly recognized herself as bisexual — is seen cozying up with a female love interest. Featured Puerto Rican singer Jhay Cortez watches the two ladies almost get it on through a door’s peephole, sparking questions about Uchis’s intentions and authenticity.

Regarding the queerbaiting accusations, Uchis tweeted to a fan, “unfortunately we still think that a person’s sexuality is an ‘aesthetic’ but if you see it that way…” originally in Spanish.

But regardless of what anyone thinks, Uchis seems to stand by Sin Miedo’s decisions. While I do think that more Spanish-speaking features like Omar Apollo — who made a cameo in the “La Luz” music video — would have taken the album to the next level, Uchis had a goal and executed a fluid and consistent project. Sin Miedo is a seamless journey through 1960s doo-wop covers to modern Latin pop influenced Spanish-language songs in a sexy world within the clouds that are all her own.