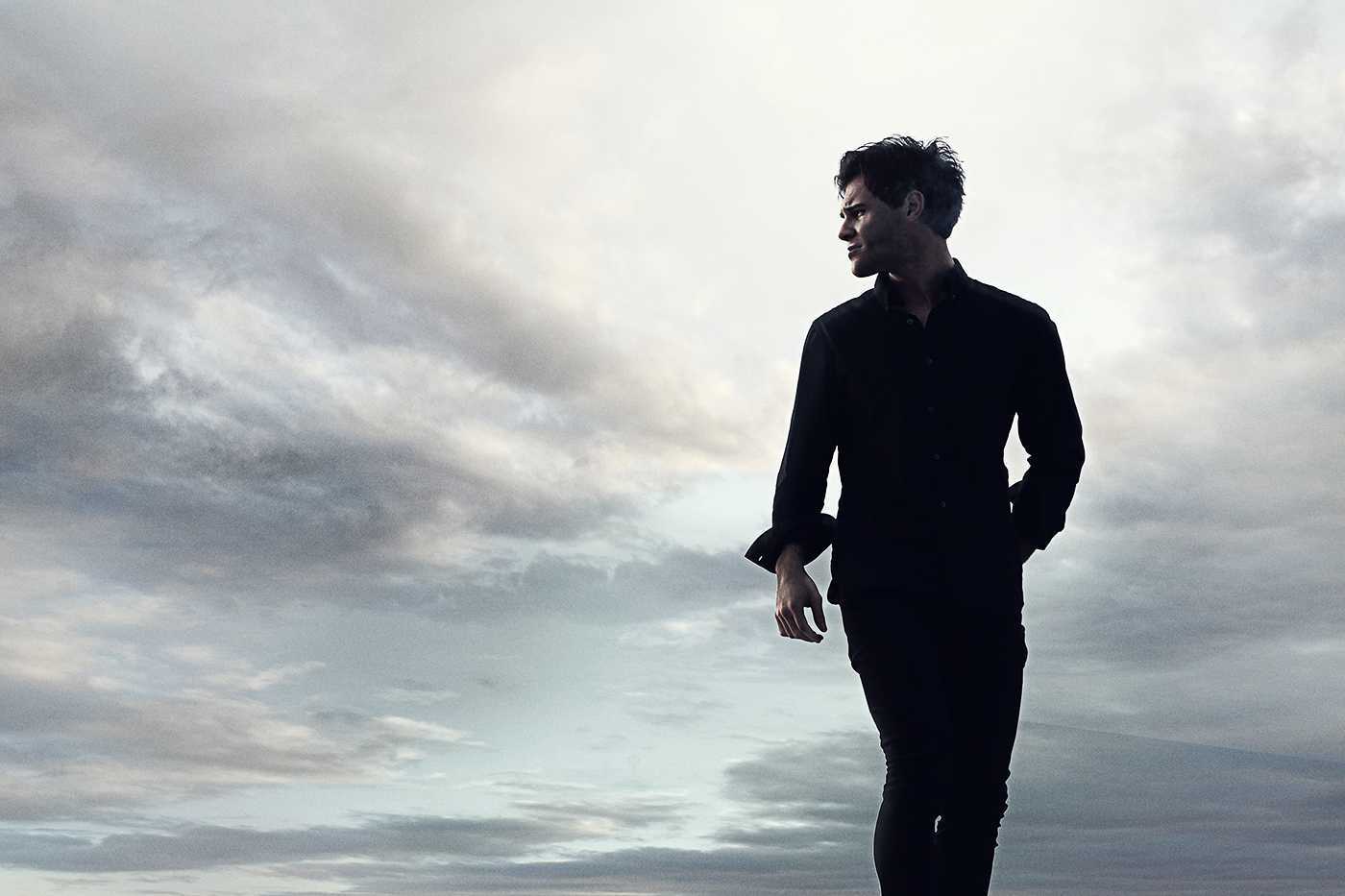 It’s been six years since Calvin Goldspink last released solo music, and even longer since he first set foot in the music industry as a member of S Club Juniors, an act founded on TV in the early naughties. Calvin was 12 when he first experienced fame, and after the group disbanded, Goldspink took his DIY ethic and founded his own music industry company, aiding independent artists in their own careers. But in 2020, Goldspink has found the inspiration to return to his own career — signaling that a re-introduction is necessary. Written during a tumultuous period living in Los Angeles, his brand-new single, “The Cold,” looks for answers buried in uncertainty and reinstates hope of finding out where you belong in the world. We spoke to Goldspink about his past, present, and future plans!

There’s something special about getting to do an introducing feature on an artist who’s had his first taste of fame already in 2003/2004 as part of S Club Juniors/S Club 8 but is ready to get back in the game as a solo artist now. What does it feel like for you? Is it daunting to reintroduce yourself now as an adult solo artist?

It feels really fresh and exciting. I didn’t get the chance to have any creative control back in my S Club days, so putting out something that’s my own feels like a completely different experience.

Do you think having those experiences when you were so young has been an asset or an obstacle in then carving out this path of your own?

I definitely consider it to be an asset. All that experience from such a young age helped to carve out who I am today. Working with one of the world’s top managements and labels, I got to see the process firsthand on how to build a successful act from the inside.

You released a debut EP in 2014, The Lemon Tree, which was released independently. You’ve said that it was both a liberating but also frustrating experience. What made you decide to go back to releasing music now in 2020?

Putting out my first EP was frustrating, but enjoyable, nonetheless. I was always inclined to release more music. I needed to take some time out for myself to really grow and experience life a bit more. Now with the pandemic in full swing, I thought this would be the best time to get back in the studio and see what it all adds up to.

S Club was, of course, a huge phenomenon in the UK, but you consciously made the decision to detach yourself from that experience and relocate to LA. How did that move further shape your experience in the industry,  especially considering LA is a very tight-knit small world in and of itself as well?

After everything had finished with the band, I’d received some interest from management in LA. One thing quickly led to another and I began to spend more and more time out there. The place is flooded with artists and the industry scene certainly feels tight-knit. Everyone is involved in entertainment, so it’s a really awesome place to be creative.

In the years in between your debut EP and the release of new song “The Cold,” you spent a lot of time building up your own company, Breaking Sound.

When I released my debut EP in 2014, I found it extremely difficult to find good showcases to play and promote my music. It was always a great venue but with terrible lineup curation or vice versa. With the music industry being so large, it was frustrating that there wasn’t much variety for independent acts to choose from. So I started Breaking Sound to showcase the hottest emerging artists from premium locations. Before the pandemic, the company had expanded to 60+ shows running on a monthly basis across US and UK territories. We can’t wait to get back to it. In the meantime, we’ve added Breaking Sound Radio to the mix, which currently plays to 250,000 people worldwide! You can check it out on the iOS and Android apps or through the website at www.breakingsoundradio.com.

Breaking Sound has grown enormously in the past years, expanding into different cities and branches, including the record label under which you’re releasing your new track. How are you finding the combination of being both behind the scenes and now getting back into being in front of the scenes, if you will?

It’s definitely an interesting experience being on both sides simultaneously. I’m trying to take it day by day! Being in the headspace of an artist and running Breaking Sound has me constantly shifting gears but they both need creative ideas constantly. I love the challenge of keeping them flowing! 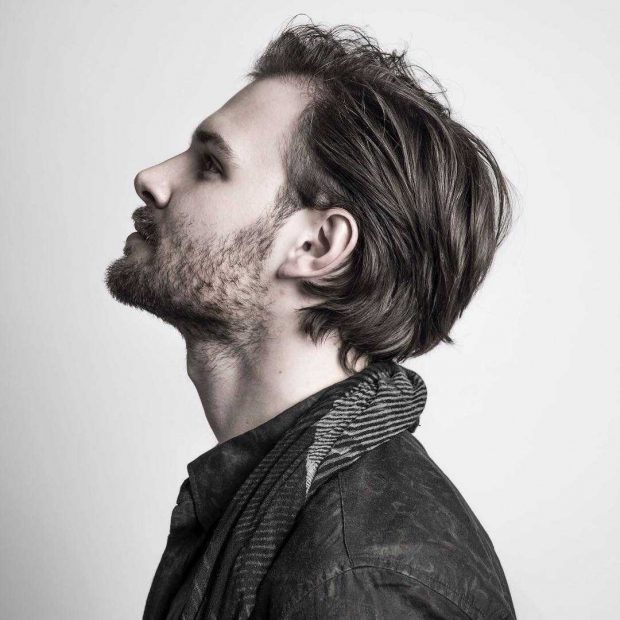 ‘The Cold” features a heavy drum and powerful electronica, straddling this sonic combination of both alt-rock and indie-pop. Is that also the direction you’re planning to take musically?

Yeah definitely. I plan on exploring electronica a lot more in my next releases. I’ll always love guitars and incorporating conversional instruments into my work, but I’d like to keep going in new directions and building upon what we have with an electronic twist.

You said that “The Cold” is about embracing moments of transition and learning from mistakes that got you there. If anything, we can certainly call COVID-19 one major transition that has brought a lot of uncertainty to many people – particularly given the overarching political climate. Was that also on your mind when writing this track or is that a serendipitous coincidence?

Serendipitous coincidence for sure. I’d actually written this song a bit of time before the world went coronavirus crazy. It’s more literal from my end and about me finding my adult feet. My 20s were really all over the place. It was difficult to get my footing as an artist and create stability for myself. I feel like it’s only started to happen over the past couple years when I really took control of myself creatively and began to execute the ideas I actually wanted to pursue.

What’s the creative process been like for you in the past year, in general?

Really great! Difficult times like these really force you to come out of your comfort zone. I think that’s when you really learn to solidify the concepts that you’re proud of.

You ascribe to a true DIY approach – what does that mean to you when it comes to writing, producing, and promoting your music?

I like to be in control of things as much as possible. Anything I can do myself will always be my preference. I spent a lot of time locked in trial and error when I was writing and producing. I do the same in business. I try to outsource as little as possible but also keep it tight and concise, so everyone is on the same page when we execute difficult tasks as a team.

What about that approach do you find the most attractive and the most difficult? There are so many “hidden” aspects to being a solo artist that people often don’t think of.

If you take writing, for example. Although I’ve been involved in loads of collaborative sessions, it’s always a lot more freeing when it’s just me by myself. I can take as much or little time without distraction to flesh out the concepts, which has worked well for me so far. Too many chefs in the kitchen can stump creative ideas.

Whenever I think of successful DIY artists right now, the first name that comes to mind is actually Lauv – which is funny, considering he also used to be part of the Breaking Sound roster. The DIY ethos is also something that defines your work – who do you look to for inspiration right now when it comes to that aspect of truly crafting your songs and work all by yourself?

Yes, Lauv is a great representation of this approach. With the way the industry and technology are going, it’s easier now than ever to be truly DIY. The more you can learn to do it yourself, the quicker you’ll be able to achieve your goals. Always be the biggest investor in yourself. Of course, you need a team, but it needs to be the right people who are willing to rally behind a true captain. People don’t want to be pulling you along. They want to ride with you and help clear the path. You need to create your own momentum.

You are working toward the release of an EP in 2021, which is super exciting! What can people expect from the EP in terms of sound and lyrical themes?

I’ve been riding out the pandemic with my family in Norwich and I’m spending a lot of time in a makeshift basement. I’ve mostly been exploring electronica with big hooks. It’s something I’m really hoping to incorporate for this next release. The ideas are coming in quick and so far, I’m pleased with how it’s coming together. Lyrics tend to come second to me. I always hear a melody first then the words start falling into place.

What’s next on the horizon for you, aside from the EP? Actual live shows still seem far off, but perhaps some Zoom/livestream sessions instead?

We’re certainly monitoring the live situation carefully but hopefully by next summer we’ll be able to start up again. But until that happens, streaming sessions are certainly a possibility. If people like what they’re hearing and we gain some momentum, I’d love to get some live sessions in place for some of my new music.

Calvin’s new single, “The Cold,” is out now.