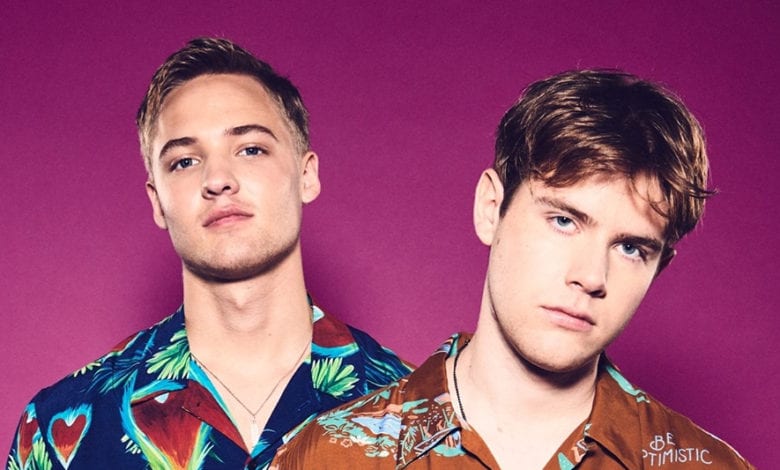 Tobias Danielsson and Samuel Brandt, known as the Swedish production duo NOTD teamed up with on-the-rise artist Catello for their new collaboration “Nobody,” released via Universal Music Sweden/Island Records.

“Nobody” marks the duo’s return to the dance-pop world following the highly successful 2019 hit single “So Close,” featuring Georgia Ku (400 million streams), which became the most played song on dance radio last year. They received a nomination for Best Dance Song at the iHeartRadio Music Awards in 2020.

“Nobody” sees them crossing into a darker deep house genre, which is completely different from their pop-influenced tracks. It’s an earworm from the get-go, opening with a roaring bass line and synths from NOTD. Catello lends their silky and sultry vocal to storytelling lyrics.

NOTD and Catello make the perfect pair-up and the track has the potential to be a huge hit, both on dance radio and in the clubs once it’s safe to resume.

We had the pleasure of sitting down with the duo to discuss the new single, touring with EDM superstar Zedd, and more.

Can you introduce yourself to our readers for those who are unfamiliar with your work? How did you guys meet?

We first met on SoundCloud when I (Sam) heard Tobi’s music and DMed him to see if he wanted to work on stuff together.

Diving into your new single “Nobody,” it sees you collaborate with Catello, a new artist on the rise. What was the creation process like?

“Nobody” is a special song to us, and we’re so happy to help introduce Catello to the world. We loved the vocal from the first time we heard it and worked really hard to nail the production. Some songs come quicker than others, and this one was one of the slower ones where we made lots of different versions, sending stems back and forth with Catello until we finally landed on something we all were super proud of. The song has a bit of a darker vibe than our music due to Catello’s sound, so it was fun to go in a slightly different direction on this one.

How did you guys first connect?

We first connected with Catello when they sent us a rough demo to “Nobody” earlier this year.

“I Wanna Know,” your collaboration with Bea Miller, reached platinum status in the US. What was it like working with her and any chances at another song together? It’s a total banger!

We love Bea and she’s one of our closest friends to this day. We were actually looking at houses in LA to live together in before the pandemic hit, so we were almost roommates. We’d love to do something else together in the future, just need to find the right song!

You’ve gotten to remix some pretty huge hits (ex. “There’s Nothing Holdin’ Me Back” by Shawn Mendes). What’s the difference between remixing a track and working on an original?

There isn’t so much difference to how we make each as we always start out on originals and remixes with just the vocal and build our productions around it. What’s different is the way it feels as originals and that we have more say in the overall song. We’ve been doing lots more writing sessions because we want to be involved in our original records from start to finish going forward so our process is definitely evolving with time.

You guys opened for Zedd on his Orbit tour in 2019. What was that like?

Opening for Zedd in the US and Europe was surreal – he’s one of our biggest inspirations and really took us under his wing for what was our first real tour. We learned so much from watching him perform every night and are super grateful that he trusted us to open his show every night.

Who are some other artists you’d love to work with?

Our dream collaboration right now would be with The 1975. We’re huge fans of theirs and draw inspiration from them all the time.

With this whirlwind of a year, how did you stay sane? What are some things you did to cope with staying inside during the beginning of the pandemic?

It has been a crazy year for sure. We’d been on the road for a long period of touring and promo leading up to the lockdown, so for us it was a big lifestyle change. We tried to embrace it and settled into lots of studio time (which we love), skateboarding, and video games.

What are some of your long-term goals for your career? Any dream festivals you’d love to play?

We’re so grateful that we get to do this for a living, and we just hope to continue making music that we love and that we hope our fans will love. We can’t wait to get back on the road playing shows. Lollapaloozas all around the world we’d love to play.

What are your plans for the rest of 2020? Is there a full-length album on the horizon?
There’s lots of new music on the way, but no plans for a full album right now. We hope to put out our first NOTD project next year, likely an EP, so we’re hard at work on that at the moment.