Neo Culture Technology, aka NCT, has returned with 21-track Resonance Pt. 2.  This follows up October’s Resonance Pt. 1, their first album to sell a million units. Adding eight new songs to the already musically diverse roster, they amp up the retro while remaining true to NCT’s eclectic and often unpredictable sound. The album includes everything from swoon-worthy ballads to old-school jams to party anthems, with contributions from all 23 members of NCT.

Normally split into their own respective groups: NCT 127, NCT Dream, WayV, and the ever-evolving NCT U, this ambitious 2020 compilation effort challenges the group to expand and innovate while still harnessing their individual group powers through select tracks. Resonance welcomes two new members, Sungchan and Shotaro, pushing the infinite-member concept that has been building up since their debut.

Heralded as a global K-pop act, members of NCT hail from Korea, Japan, China, the US, and more. Just as there’s no limit to the power of music, the multilingual collective is working hard to redefine the K-pop genre and the music industry at large.

B-sides from Pt. 2 showcase a steady flow of sonic experimentation. The new additions include the high energy “Raise the Roof,” lullaby-like “My Everything,” industrial instrumental “Interlude Present to Future,” vocally charged yet progressively upbeat “단잠 (All About You),” R&B-laced “I.O.U,” and conclude with another futuristic instrumental track called “Outro Dream Routine.”

The two new title tracks are compliments of NCT’s dynamic flow, with “90’s Love” representing the old-school hip-hop vibes they’re known to love, and “Work It” embodying the electronic and danceable vibes that are also an NCT staple.

Members who participated in the two title tracks, “90’s Love” and “Work It,” spoke about their album creation process, the stories they want to tell, their fans, and more.

With the title track, “90’s Love,” there’s a retro vibe present. What’s the story behind this song? Can you tell us more about it?
Mark: This song is a nostalgic track for our listeners from the ’90s, and it can also be interpreted as a refreshing version of the ’90s-based song, but with an NCT-twist to it. You can feel our energy throughout the entire track and the performance strongly supports it as well.

What’s the theme for the visual aspect of Pt. 2?
Ten: Title track “90’s Love” carries the theme of a ’90s retro feel and a disco vibe.

Johnny: If you look at the album covers, it seems like we are traveling to places all around the world. The visual aspect on the album itself depicts both the themes of departure and arrival.

Out of all the tracks on Pt. 2, which is your favorite and why?
Yangyang: “90’s Love,” not only because it is the title song of Pt. 2, but I love the retro vibe that the song gives off.

JISUNG: “90’s Love” is my personal favorite. It’s a song that expresses the hip and funky vibes of the ’90s very well, and the members’ chemistry on the track is great.

Sungchan, as a new member of NCT, what do you feel you bring to the group, and what was it like working on “90’s Love”?
Sungchan: I’m one of the younger members of NCT, and I think I can bring new, fresh energy to the group. While preparing for “90’s Love,” we shot a lot of different content, and I’ve been learning a lot from the other members about performing on stage, etc. 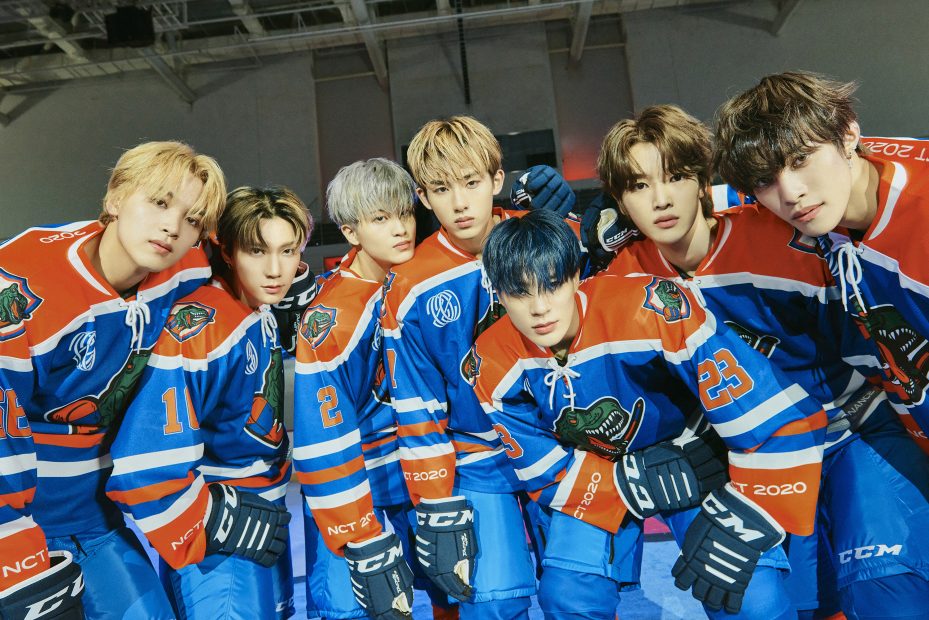 After a full group effort like this, what have you learned about each other? How did NCT’s overall group dynamic grow as a result of this compilation album?
Haechan:  Having 23 members perform on the same stage together is actually much more complicated than it may seem. But I think as we were preparing together, communicating, and being mindful and considerate towards each other throughout the process of performing on one stage, I feel we all grew and matured. And while we were doing this, we spent a lot more time together and got even closer. We were always having so much fun.

Jungwoo: I was happy that all 23 of us got together to showcase our synergy. And we relied on each other more for support, and therefore naturally began to understand each other better as well.

What was it like working on the unit songs?
Jeno: I enjoyed that we could showcase new member units. It was very exciting and fun for me.

Hendery: It was just a lot of fun creating this album alongside all the other members. The album recording process and music video shoots were really fun.

What do you think the eight new songs on Pt. 2 add to Resonance?
Ten: I think Pt. 2 has a bit more of those funky vibes. And with the addition of the new unit variations, fans can expect an even wider scale of different charms from NCT.

Johnny:  They are an addition to the story of generations. I hope our fans and listeners will be along for the ride.

How do you guys hope to grow musically in the future? Are there any genres or styles you haven’t tried yet that are on your radar?
Haechan: While it’s great to tackle a variety of genres, for me personally, I think it’s important to become an artist that makes sure to fulfill your own role within your group or team.

How have you guys been spending your free time outside of working on this comeback?
Winwin: I actually have a lot of hobbies. I like working out, boxing, and also like to spend my free time watching movies or listening to music.

Yuta: I’ve been practicing my vocals (recording on a voice recorder), and play games or go on walks outside.

Do you have any messages for the fans? What do you hope sticks out to them the most about the album?
Mark: As the end of the year comes near, I hope our fans can enjoy the bringing of all 23 of us together on this album, and take it away as a strong, fulfilling wrap-up to 2020. This is a special project and I believe that it will make our listeners happy in the way that only NCT can. Resonance showcases the infinite possibilities of NCT in a variety of ways, and I can’t wait for our fans to freely dive in.

Jaemin: I hope that our fans take note of the different charms that each of the 23 NCT members has to offer.