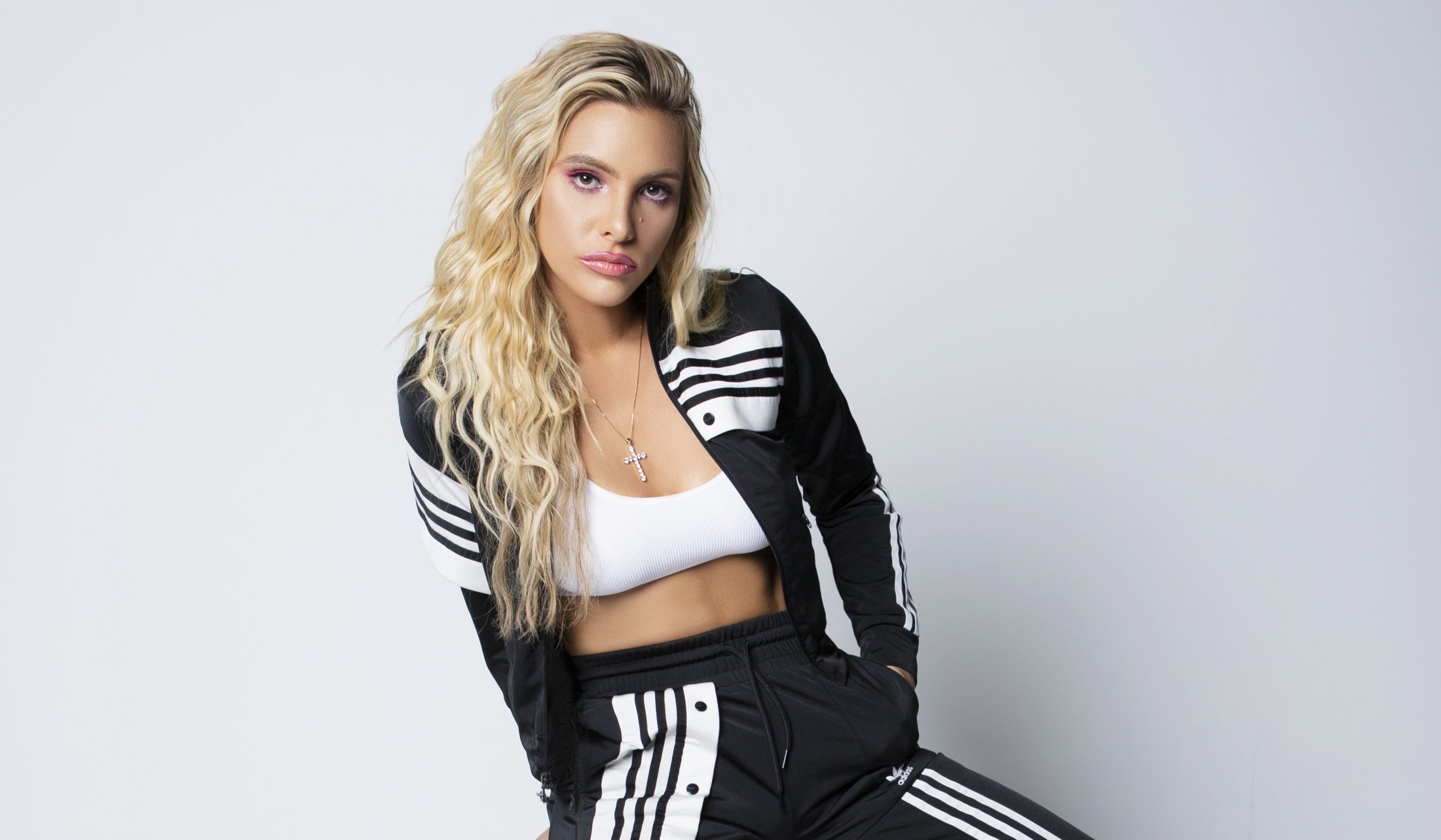 Social media star Lele Pons is ready to put her music career front and center, and her huge performance on The Tonight Show Starring Jimmy Fallon was the first step toward doing just that. The “Se Te Nota” singer, who teamed up with Guaynaa for the song, brought all her Miami vibes to her performance and is only going up from here. I caught up with the well-loved singer to see just how exciting the Fallon performance was for her and what she’s working on next. She definitely has some big plans up her sleeve and is ready to keep pushing Spanish music into the mainstream.

She’s a little tight-lipped on some of her plans, but we’re very, very intrigued by what she’s working on!

I would love to start with your Tonight Show Starring Jimmy Fallon performance. How exciting was that to do that?
I was so excited and I was trying to explain to Guaynaa how big of a deal it was because he’s like, “Oh, it’s Jimmy Fallon.” And I was like, “Yes!” That’s what you know you made it! So I was just like, “Oh my God.” I feel if anybody ever asks me, “What have you been up to?” I’m like, if I say I went to Jimmy Fallon, they’re going to be like, “What the?! No, you didn’t.” You know what I mean? It was such a surreal moment that I was like, damn, I made it. Somehow, I made it here. So I was very happy.

I also love that you performed on a boat, which I feel is not something you see on The Tonight Show very often. What was the inspiration for that — the video for the song?
I just wanted to impress Jimmy Fallon, to be honest. And I wanted to bring Miami to the show.

You’re very present on social media and YouTube, but I don’t feel a lot of people realize how musical you are. What’s your musical background?
I used to do opera for three years. I’ve been doing singing lessons since I was 10 years old. And I went to Berklee for the Summer Summit summer school. I was in my school choir. I was learning music, but then obviously there was a change of pace and I went to Vine and then I stopped it. When it was the right time I was like, “Okay, I have an audience.” Now Spanish music is taking off, so I thought this is the chance. This is the moment. So I did that but then took a break for my mental health and now I’m back.

Speaking of your mental health, why do you feel it’s important to be so open about it with your fans? And how do your fans connect with that?
I think it’s important that you show people a little bit of that not normal side but that side that everybody can relate to. You have to be real and not a lot of people see that. People want to be like, “Oh, I’m perfect.” And I liked the fact that this was so authentic to the public and it was also very educational. And I think that if a celebrity or if someone that you admire has some mental illness or mental health problems, it kind of pushes other people to want to get better. If they could do it, so can I, kind of thing. And I think that’s being an influencer. You’re influencing people.

How did Vine become your starting point? What made you get going?
I didn’t really have Instagram or Facebook or anything. So when Vine came along, it was the first time that I was like, “Okay, let me hop in this because that way I’m not that late to this one.” So I hopped in and that’s how it happened.

And you’ve been able to transition through Vine and YouTube and you’re still cranking things out and drawing in new fans with everything you do.
Thank you so much. It gets hard, but it’s very important to evolve, that’s for sure. It was first Vine, Instagram, YouTube, TikTok, so…

So now that you’re back into your music, do you feel that’s what you want to focus on?
I will always have social media because it’s good for music, but I want to go to music now. I want to focus on music and podcasts. I think for YouTube, I’m going to be doing music for YouTube. No more sketches on YouTube. I mean, I’m going to be doing sketches on Instagram, obviously on TikTok, but YouTube, I think it’s time to change it up and focus on music. You want people to take you seriously, so I’d have to really, actually devote myself to it because people get really confused. Is she this or is she that? No, if I start showing more music, we’re going to be like, “Okay. She’s changing. She’s actually devoted 100%.”

So do you have more music coming soon?
The remix is coming out for “Se Te Nota.” I just came out with “Sucio Y Lento” with Mariah Angeliq, but the remix looks like it’s coming out next. So, I’m really excited for that one!

Is there anything else you’re working on that’s coming soon?
Kind of a movie, with umm, I can’t spoil that! I can’t say anything about that yet!