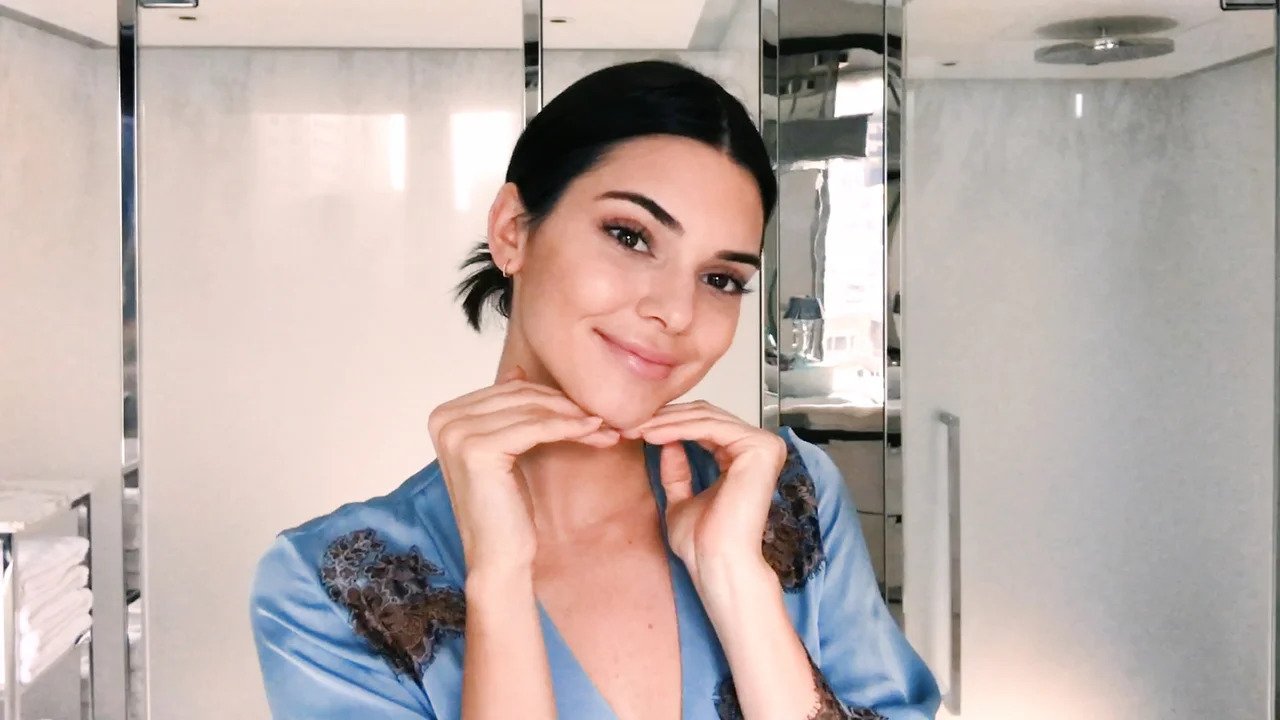 Kendall Jenner is back again on Vogue’s popular video series “Beauty Secrets” after her first appearance three years. In her 2017 appearance, Jenner took a few minutes to show her day to day makeup routine. Now, she gives viewers the inside scoop, doing a true deep dive into her updated routine in roughly 17 minutes. While the model’s looks are still as beautiful as ever, her skincare and makeup routine has definitely evolved, but it’s also super confusing.

The model greets viewers with her DIY avocado face mask on and there were immediately red flags going off in my head. The mask consisting of avocado, oatmeal, organic lavender oil, and superfood honey she got from her big sister Kourtney, “so I’m assuming it’s really good and natural,” the model said with a slight laugh. She goes in with a collagen sheet mask that she keeps refrigerated, before rolling it in with a jade massager she kept on ice.

“I have always been super into my skin, especially when I was about like 14 and started breaking out,” said the model. Many remember the very dramatic reveal of her partnership with Proactiv, Jenner’s acne struggles are nothing new. “Seeing my own skin journey has taught me so much,” Jenner began, “I’ve kind of come up with this regimen and this routine that really works for me.” Admittedly she still breaks out here and there, but nothing like it was before.

Next up is sunscreen and the SkinCeuticals CE Ferulic serum she combines it with. After, she uses Mario Badescu’s popular setting mist before using exfoliating wipes on her lips and a La Mer moisturizer. Soaked in moisture, Jenner finally begins her makeup routine. Her makeup begins with a Chanel foundation on a fluffy brush where she said, “I don’t like to feel like I have too much on, I think the lighter the better.”

Jenner also said she didn’t care too much for makeup growing up. “I was a huge tomboy when I was younger.” For her, it was growing up and working as a model that helped her to realize what looked good on her skin. After using the soft brush she went in with a beauty blender to blend out any uneven patches. While she started mixing her concealer and applying it, Jenner began divulging more about sister Kylie. “You’ll see all the differences between me and Kylie. Kylie’s like a legit professional,” she said.

Next, Jenner goes in with bronzer, a product that happened to be a staple of her last video with Vogue as well. Some promo as she uses the cream bronzer stick from her Kylie Cosmetics collaboration with her sister. Like the bronzer stick, Jenner also uses a cream blush stick from the same collection. “I love a dewy look so I just think using creams makes everything even dewier,” she said. Continuing with the dewy concept, she applied a Marc Jacobs creamy highlighter.

Now, this is where it gets weird. Jenner has applied a full face of cream products, with an almost effortless dewy look, so you’d think she’s done, right? Well, that’s where you’re wrong. Essentially, Jenner goes over everything she just did with a liquid product, with a powder one and it left most viewers a bit puzzled.