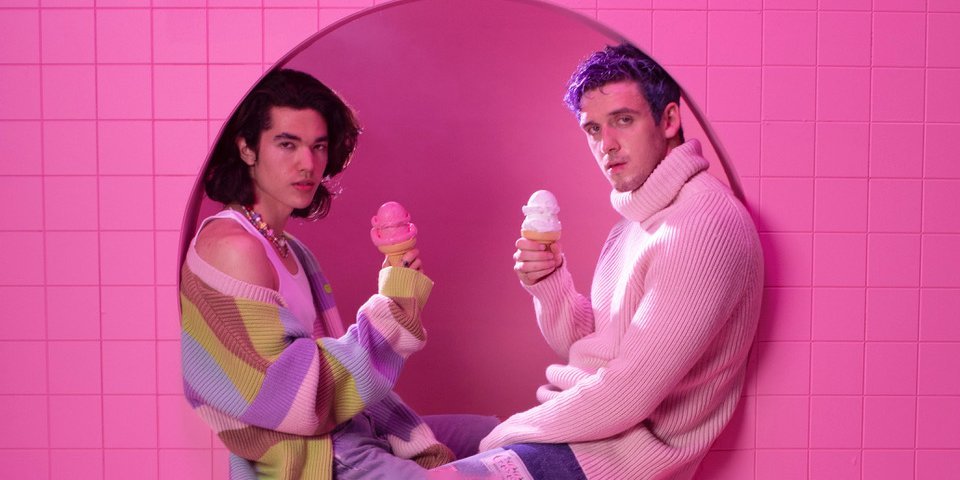 From MySpace to the cover of Apple Music’s New Music Daily playlist, Lauv has truly lived up to the moniker of a rising global pop star. On October 13th Lauv continued this unabated climb to the top of the charts by releasing “Fake.” A meta-song which not only takes stabs at the perceived fake nature of individuals but at situations within the music industry. On its surface, “Fake” is an incredibly upbeat track which features verses from emerging artist and friend Conan Gray. Collectively, the duo has crafted what is arguably the catchiest song of 2020. With countless fans lauding the collaboration as being a saving grace in 2020. Aside from how catchy and amazing the track may be, however, “Fake” also happens to be remarkable work of art. Visually, “Fake” is this humorous satire of the music industry; as both Lauv and Gray are shuttled around a studio set to various over-the-top music video sets.

Directed by Jason Lester, the mind behind Quinn XCII’s “Werewolf” and Fall Out Boy’s “Wilson (Expensive Mistakes)” music videos. In “Fake” viewers are witness to Lauv and Gray struggling to retain a genuine connection with their audience; as they are quite literally bombarded with a whole host of things from pillows and feathers to firecrackers. As of late, the music video has topped over 4 million views with scores of fans celebrating the collaboration between the two artists. Which also happens to be Conan’s first-ever collaboration. When asked about “Fake” Gray had this to say about the track; “Lauv and I wrote Fake while we were just hanging and ranting about those two-faced people everybody knows. Those people who say one thing and do the other, people who constantly talk trash about their own friends. We wanted to make something fun you can scream in the car to, a song to flip a bird at those types of people.”

Since the release of Lauv’s debut album, ~how i’m feeling~ back in March of this year. Lauv has continued to address similar themes found on his album like anxiety, drugs abuse, depression, and a distorted sense of self-image; and “Fake” is no different. As the twenty-six-year-old artist encapsulates the struggles of dealing with fake friends in a glossy, upbeat, and seemingly carefree track; with lyrics like “Calling me up when you’re getting drunk / You say you’re in love, but what do you mean? / ‘Cause when you wake up, you blame it on drugs / and then we break up, you lie through your teeth.” Lyrically, Lauv has found his stride and begun to perfect his form as he crafts relatable and catchy earworms like “Fake.”

Aside from his ability to craft catchy and poignant hooks, Lauv has taken his activism a step further by partnering with organizations like Blue Boy Foundation. Where Lauv personally hosted a virtual discussion focusing on Breaking Modern Loneliness: Conversations on Mental Health. During the discussion, individuals were invited to chat about their mental health and how they personally could help strengthen mental health awareness initiatives. In addition to his work on Breaking Modern Loneliness, Lauv launched his own initiative called “My Blue Thoughts” which invites fans to anonymously record what’s on their mind; as a way of engaging with other fans who might be struggling with similar emotions.

Ultimately, even though Lauv is a rising global pop star in every sense of the word. “Fake” offers listeners a glimpse behind the shimmering curtain of stardom to show fans that Lauv, is still Lauv. An individual who albeit has over 2 billion streams on Spotify, is still a person that struggles with their mental health and has to deal with fake friends. Just like the rest of us. And in that sense, on “Fake” Lauv is being utterly and unabashedly real.