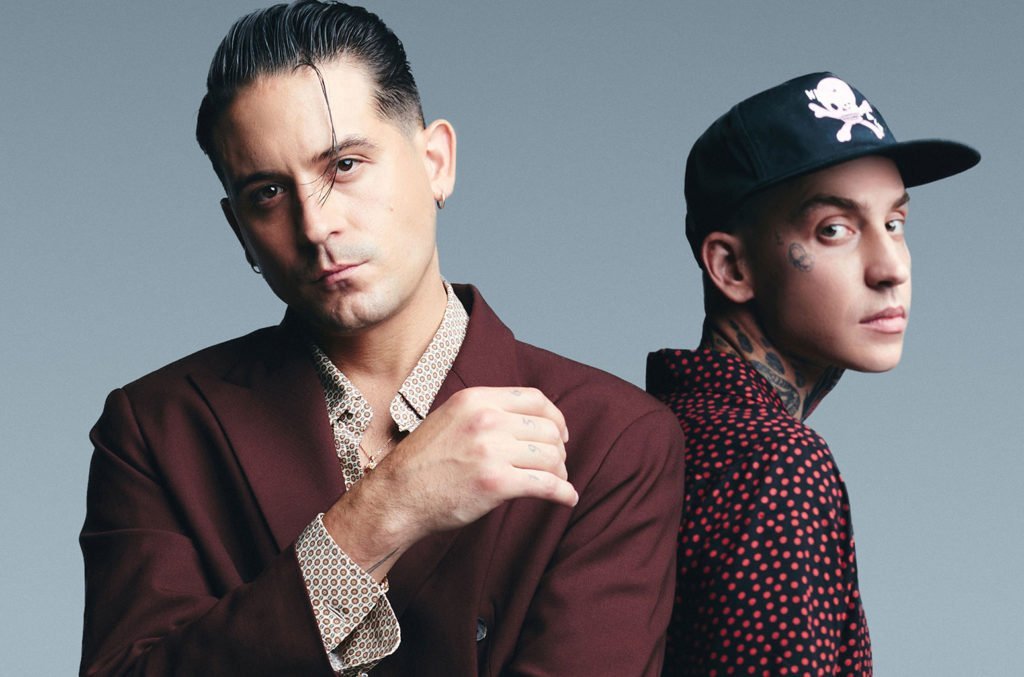 G-Eazy and blackbear have returned with a track that has us in our feels.

Whoever said love was easy, was sorely mistaken. G-Eazy’s latest single is a testament to the battlefield that is love. “Hate The Way” and its subsequent music video was released on October 16th, featuring a melodic hook from singer/songwriter and producer blackbear. “Hate The Way” describes a relationship gone sideways, and the accompanying visuals directed by Kat Webber, only solidify this. As we see actress Bria Vinaite from A24’s The Florida Project and G-Eazy, fighting against each other and struggling to grasp onto some sense of normality amongst insanity. Visually and lyrically, G-Eazy and blackbear have concocted another earworm that packs one hell of an emotional punch.

Notably, this is not the first time that both multi-platinum selling artists have collaborated together, having collaborated on “Remember You” back in 2014. Similar to their 2014 release, “Hate The Way” sees both artists bringing their own musical stylings to the track. G-Eazy’s verses are chock-full of heart-wrenching lyrics detailing love and loss; while blackbear’s chorus acts as a foil in many ways to the drama of G-Eazy’s verses. When combined together, both parts create an instantly captivating elegy set to a captivating beat produced by none other than Ryan OG & Mike Crook.

Cinematically Kat Webber plays upon the simple elegy and elevates it to a completely new level. As she taps into the emotional content of G-Eazy’s lyrics and then aims to deliver an emotional blow with the music video. One which depicts substance abuse, attempted suicide, and death/loss. Visually it’s very heavy subject matter, but it doesn’t feel out of line with the lyrics; instead, it instills a different sense of life into the lyrics. One which is challenging to watch but is exceptionally honest. Considering the heaviness of the visual and lyrical content, one might assume the track contains a lot of production – fast rapping, drums, overlapping beats, and the whole nine yards – but G-Eazy subverts this. As he presents listeners with a rather simple and calm track, one that isn’t overly produced or verging on high-octane rock’n’roll.

G-Eazy and blackbear’s “Hate The Way” is a poignant and gripping testimony to love and loss, during a time when so many have already lost so much. In light of this, G-Eazy and blackbear have teamed up to not only celebrate the release but also offer fans some release via https://hatethewayimiss.com. On the website, fans are invited to talk about what they miss most right now – be it loved ones, concerts, their friends, or other things. Alongside providing them with the ability to create their own personalized “Hate The Way” themed photo for sharing on social media.

If sharing about a long-lost love isn’t quite your speed, then why not tune in to see a live performance of the song? G-Eazy and blackbear are set to perform the song together during blackbear’s virtual concert this Wednesday, October 21st. The concert is set to be live-streamed from the Hollywood Roosevelt Hotel in Los Angeles, CA at 6:00 PM PT / 9:00 PM ET/ 2:00 AM GMT.

Ultimately, “Hate The Way” is a dynamic and influential elegy packed tightly into a three-minute single. Not only is it gripping, melancholic, and utterly mesmerizing; but it highlights with a precise aim the upcoming sound from G-Eazy’s highly anticipated fifth studio album, These Things Happen Too. Which will undoubtedly contain more songs highlighting and testifying to the battlefield that is love.