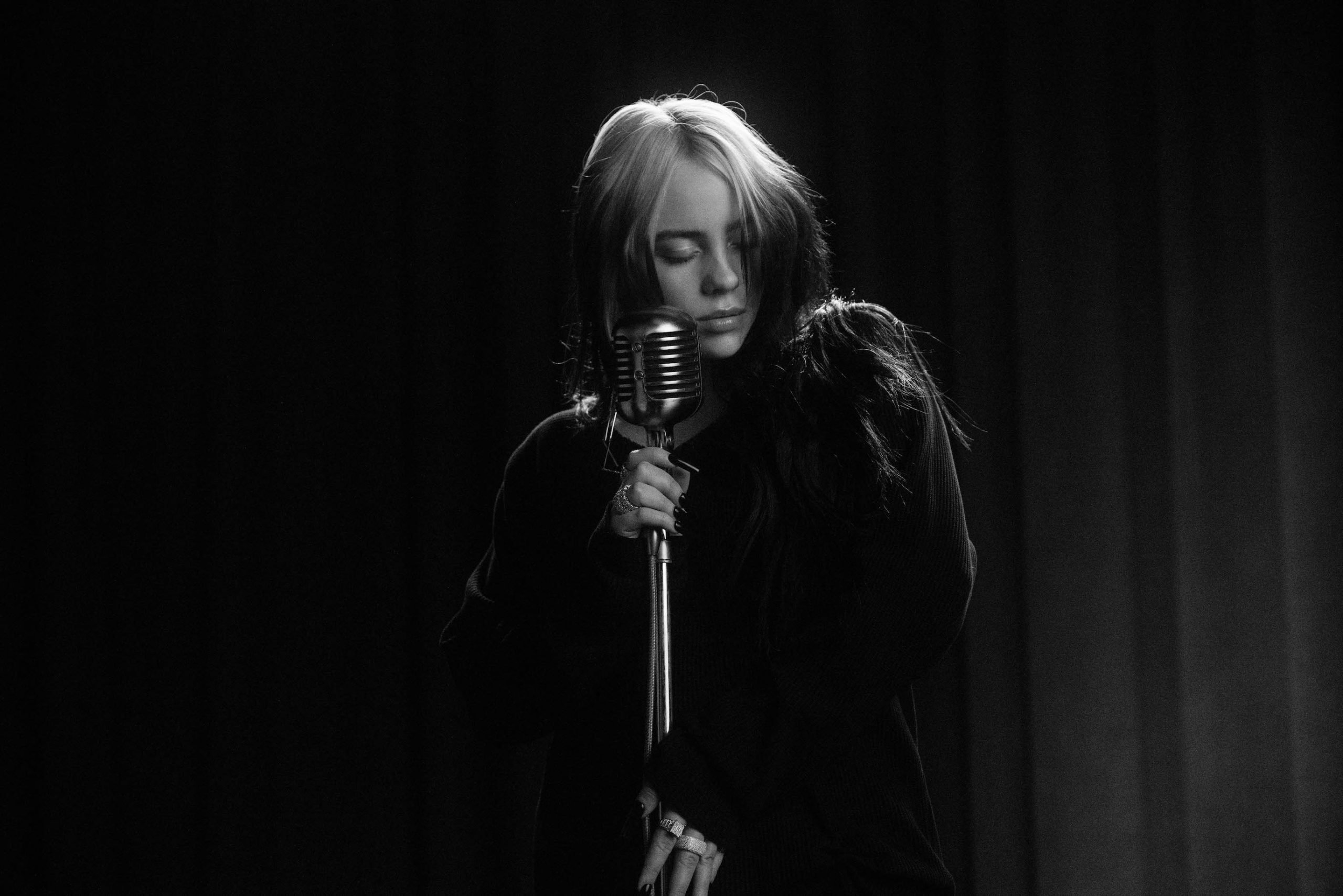 Billie Eilish – No Time To Die

A cutting-edge Aston Martin, luxurious villas across the world, and vodka martinis are all hallmarks of the James Bond franchise. 007 (otherwise known as James Bond) has come to represent the epitome of class, an ideal for all of us, stuck watching at home. In the 57 years since the first debut of 007 on the silver screen, each original song has come to deftly represent and define the brand. Exemplifying key aspects of the James Bond trademark like class and beauty. Five-time Grammy Award-winning artist, Billie Eilish’s take on the original song for the 25th installment in the series, “No Time To Die” is no exception.

Eilish’s music video for “No Time To Die” is haunting, mesmerizing, and utterly beautiful. Visually, Eilish commands the screen; luring you into a tale of love, loss, and treachery. All while scenes from the highly anticipated movie are interwoven amongst her compelling performance. Produced by FINNEAS alongside Stephen Lipson, with orchestral arrangements from the highly celebrated Hans Zimmer and Matt Dunkley; Eilish (now the youngest artist to write and record a James Bond theme song) brings her own perception of the brand to the silver screen. Eilish’s performance is absolutely show-stopping, powerful, and capable of sending chills up your arm.

When asked about how she feels about the theme song, Eilish said “It feels crazy to be a part of this in every way. To be able to score the theme song to a film that is part of such a legendary series is a huge honor.” Her brother FINNEAS echoed this sentiment in his statement; saying that “writing the theme song for a Bond film is something we’ve been dreaming about doing our entire lives. There is no more iconic pairing of music and cinema than the likes of Goldfinger and Live and Let Die. We feel so so lucky to play a small role in such a legendary franchise, long live 007.”

In the latest installment of this legendary franchise, viewers are treated to Bond having abandoned active service to enjoy a tranquil life in Jamaica. Everything soon goes to the wolves, however, once Bond’s old friend Felix Leiter from the CIA turns up; pleading for Bond’s help in finding a kidnapped scientist. Which proves to be one of Bond’s most dangerous missions yet. In contrast, Eilish’s performance is anything but dangerous as her calm demeanor and silken vocals deliver a powerful punch that assumedly, taps into the emotional narrative of the film. According to producers Michael G Wilson and Barbara Broccoli, “Billie and Finneas have written an incredibly powerful and moving song for No Time To Die. Which has been impeccably crafted to work within the emotional story of the film.”

All in all, Eilish’s performance is visually powerful. Yet when combined with Hans Zimmer’s orchestral arrangements and action-packed clips from the movie, it transcends and becomes this beautiful, remarkable work of art. Worthy of the highly celebrated mantle that is a James Bond theme song. Eilish brings a sense of class and beauty to not just the lyrics, but her captivating performance as well. Proving that oftentimes the best songs don’t need all of the pomp and circumstance of modern music videos, but instead, simply require a talented artist and their devotion to constructing a unique narrative.