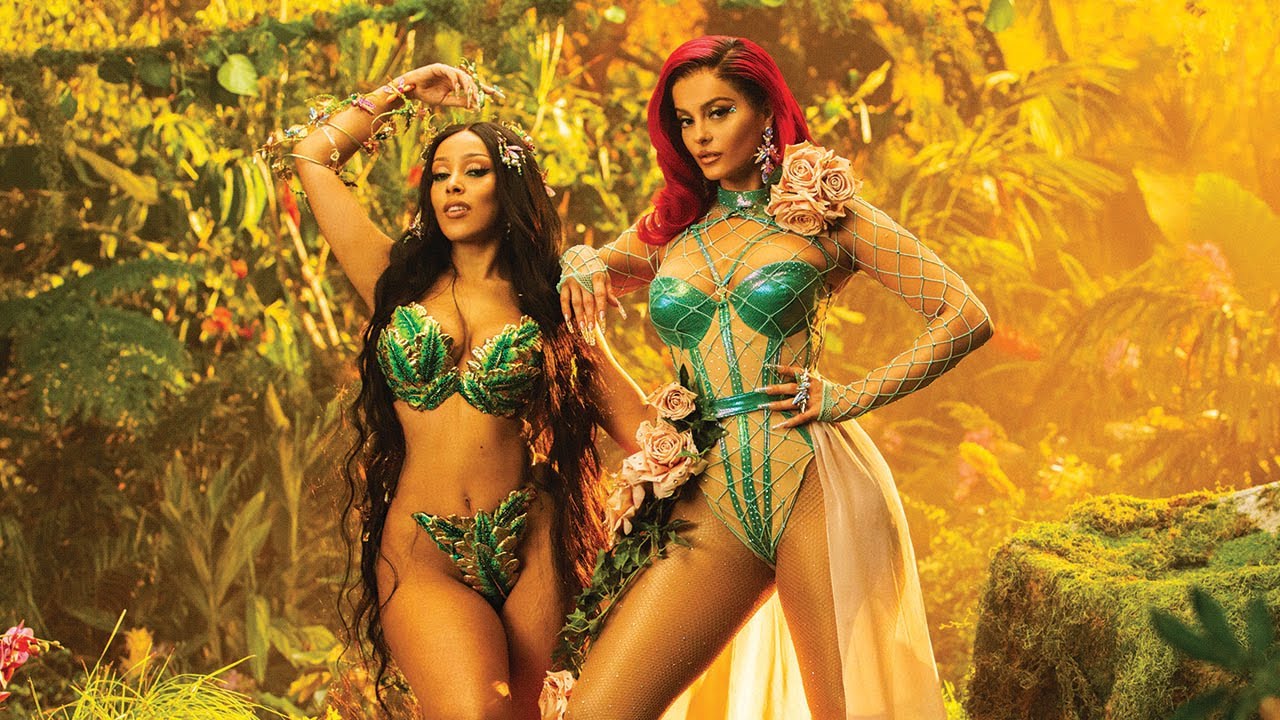 Bebe Rexha is back! After releasing her smash hit “Meant to Be” with Florida Georgia Line the Grammy-nominated artist has returned with a sultry new single. Avid listeners of both Bebe and Doja, were quick to celebrate the new single and its remarkable music video. Which featured cameos from actors and influencers like Charli D’Amelio, Nikita Dragun, and Avani Gregg. The music video for “Baby I’m Jealous” was directed by award winning director Hannah Lux Davis, who has worked on groundbreaking music videos like Halsey’s “Nightmare,” Ariana Grande’s “7 Rings,” and Demi Lovato’s “Sorry Not Sorry.”

When first listening to “Baby I’m Jealous” listeners are instantly struck by the track’s subject matter– as Bebe wastes no time in notifying you about her personal insecurities. Lyrics like “All it takes is a girl above me / On your timeline to make me nothing / This is me / A woman in dichotomy / I love me / Until I don’t” highlight the struggle that practically everybody deals with in the digital age. “Baby I’m Jealous” epitomizes the perils of modern love and romance, all with an infectious bass beat pushing the song forwards.

Visually the music video for “Baby I’m Jealous” successfully captures the aforementioned human experience of jealousy in stunning form. As viewers are transported through time, following Bebe and Doja from London in 1969 to the very dawn of creation. The time travel hijinks are kicked off via a very subtle easter egg, as a Chinese hostess gives Bebe a fortune cookie. Ring any bells yet? If not, then you must not have been paying attention to the 2003 feature film Freaky Friday. Where Anna Coleman [Lindsay Lohan] and Tess Coleman [Jamie Lee Curtis] are thrown into a similar situation having switched lives after accepting a fortune cookie from another Chinese hostess [Lucille Soong]. All in all, aside from the forgivable yet egregious product placements for JBL and Google, “Baby I’m Jealous” is an iconic masterpiece. One which accurately captures how our jealousies and insecurities can get the best of us. Instead of drowning in it, we simply have to embrace our insecurities and love ourselves for who we are, flaws and all.

In the end, “Baby I’m Jealous” is a triumphant return for Bebe Rexha. It’s an iconic song which could’ve been dark and brooding, but instead ended up being this jubilant and empowering anthem. As both Bebe and Doja take aim at society’s expectations of women and at toxic emotions fuelled by an ever-traceable digital environment. If you can’t get enough of “Baby I’m Jealous,” then don’t worry. We’ve heard from reliable sources that Bebe Rexha has a new album dropping in early 2021.