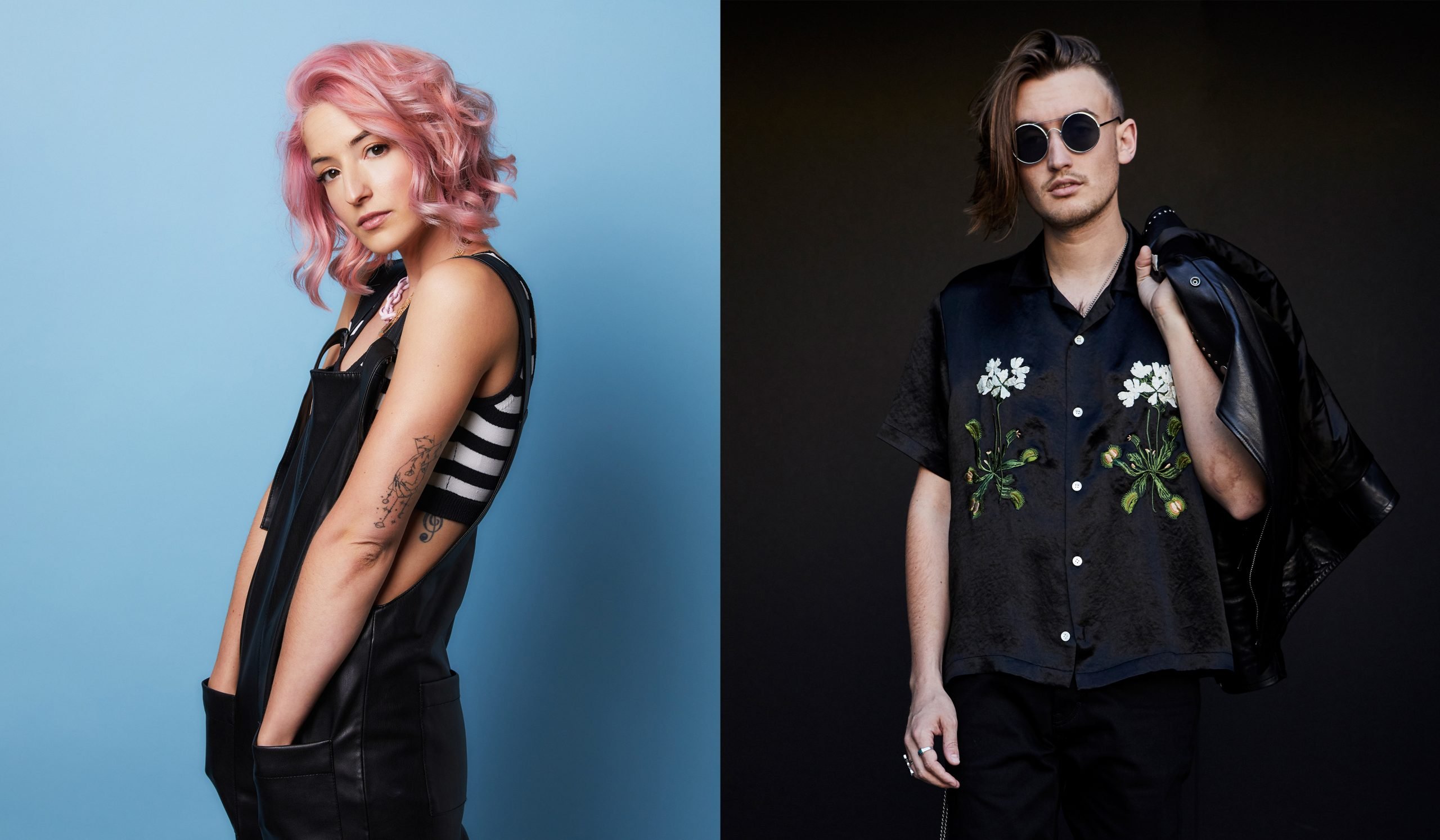 Sad Alex and gnash are here for all you heartbroken people who are leaning on anger rather than sadness. The artists teamed up for their Oct. 2 release, “i’m glad that you found someone,” and in it, they unleash all those feels that come when you’ve been hurt.

“This song is for all the people who don’t want to move past the anger stage of a breakup yet,” Sad Alex shared with EUPHORIA. about the new track. “Cause sometimes you don’t feel like being the bigger person, acting mature, leaving things off amicably… no. This is a big and beautiful ‘fuck you’ to that someone who hurt you and somehow found happiness after you.”

And the lyrics in this synthy, electric tune read exactly like that. The song may start on a very mature-sounding tone, but Sad Alex digs in with “Fuck you and your girlfriend too / She’s a dumb bitch, how did she get you?” And you know what? We’ve all been there, which is what makes this song so good. It’s the words and feelings you have when everything just really sucks.

Gnash, who features on the song, said in a press release, “We hold onto many things that happen longer than we should. I immediately connected with ‘i’m glad that you found someone’ because I had all of these feelings a couple of years ago over some personal stuff.” He said that though he’s in a happier spot now, being part of this song still feels cathartic.

Sad Alex, who has written songs for huge artists like Kelly Rowland, kept her talents for herself on this one, because she’s just not done getting over a breakup. Her voice and sense of cheekiness shine on this track, and the addition of gnash not only adds another flavor to the mix but another perspective. This song absolutely has the right tone to be the “I’m pissed about my breakup” song for literally everyone in the foreseeable future.

Sonically, the song leans on a magical synth that lets the vocals do the work, and the whole thing comes together in a catchy melody that won’t soon leave your head. I’m actually really into this matchup of Sad Alex and gnash, who first made it big with his 5X platinum song “i hate u, i love u,” a track with a complementary message to “i’m glad that you found someone.” Together they’ve taken Sad Alex’s anger and turned it into a little banger that I’ll crank up next time I’m really pissed at someone.

“i’m glad that you found someone” is out now via Red Bull Records. Join Sad Alex on her “Glad You Found Someone” Dating and Music Show Oct. 2 at 6 p.m. ET on her Instagram and Red Bull Records’ YouTube channel to celebrate the release. Sad Alex will also be performing and playing Cupid for a few lucky fans.