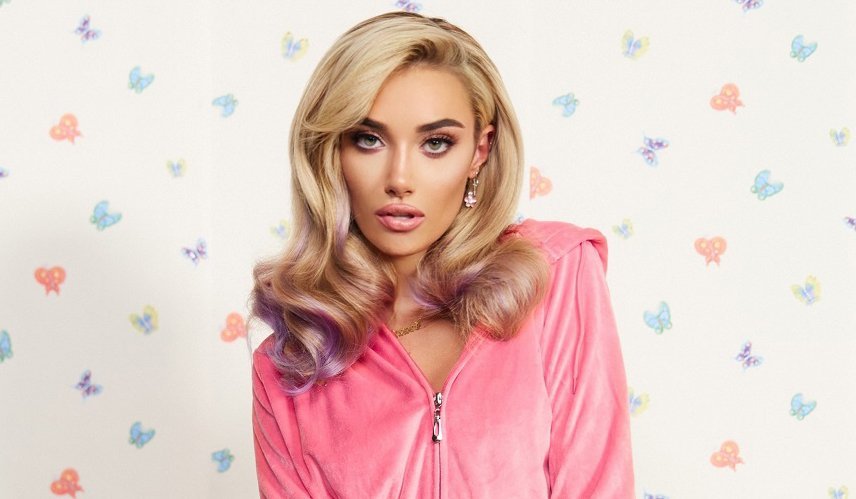 Los Angeles’ own Olivia O’Brien returns to serve 90s flow and Y2K glamour with her latest pop sensation “Now.” Interpolating Akon’s 2008 smash hit “Right Now (Na Na Na),” the singer/songwriter brings early 2000s whimsy back to the top of the charts. The 20-year-old has grounded an aesthetic in playing upon vintage tastes and consistently manages to flawlessly find middle ground between modern and nostalgic vibes.

“Now” comes fresh off the unparalleled victory of previous single and break-up anthem, “Josslyn.” Boasting over 70 million audio streams and counting, O’Brien found viral success after the record gained traction on the Generation-Z adored video platform, TikTok. Meeting immediate commercial praise, “Josslyn” soon found itself on Spotify’s U.S. Viral 50, Pop Rising, and Teen party playlists. Even so, the single was hardly the first time we’ve heard the star’s ethereal vocals grace the charts. The songstress garnered initial fame following a feature on gnash’s “i hate u i love u.” To date, the track carries over 1 billion streams and earned itself an RIAA triple-platinum title. Not too shabby for a self-composed debut, right? Offering a similar sense of feminine spunk and spirit, “Now” is sure to follow suit given O’Brien’s admirable trajectory thus far.

The perfect partner to the timeless character of “Now” is O’Brien’s influencer-studded, neon-clad visual companion. Featuring Devon and Sydney Carlson, Call Her Daddy’s Alexandra Cooper, Quen Blackwell, and Luka Sabbat, the crew pays homage to iconic cultural moments of previous decades. The video references a slew of iconic pop culture moments including TV’s legendary The Simple Life and rhinestone-clad Lizzie Maguire. All the same, O’Brien herself channels her inner alter-egos circa Christina Aguilera and Gwen Stefani as she dances from frame to frame.

Managing to hold her own with an impressive career repertoire thus far, the pop star initially anticipated celebrating her success by embarking on a 25-city tour (which was to be followed by a Coachella set) in early 2020. Halted by COVID, it was expected to be the artist’s first major journey through the U.S. since her 2019 Was it Even Real road trip. With fans eager to sink their teeth into O’Brien’s next move, the singer’s forthcoming projects are sure to be inevitable triumphs for the starlet.