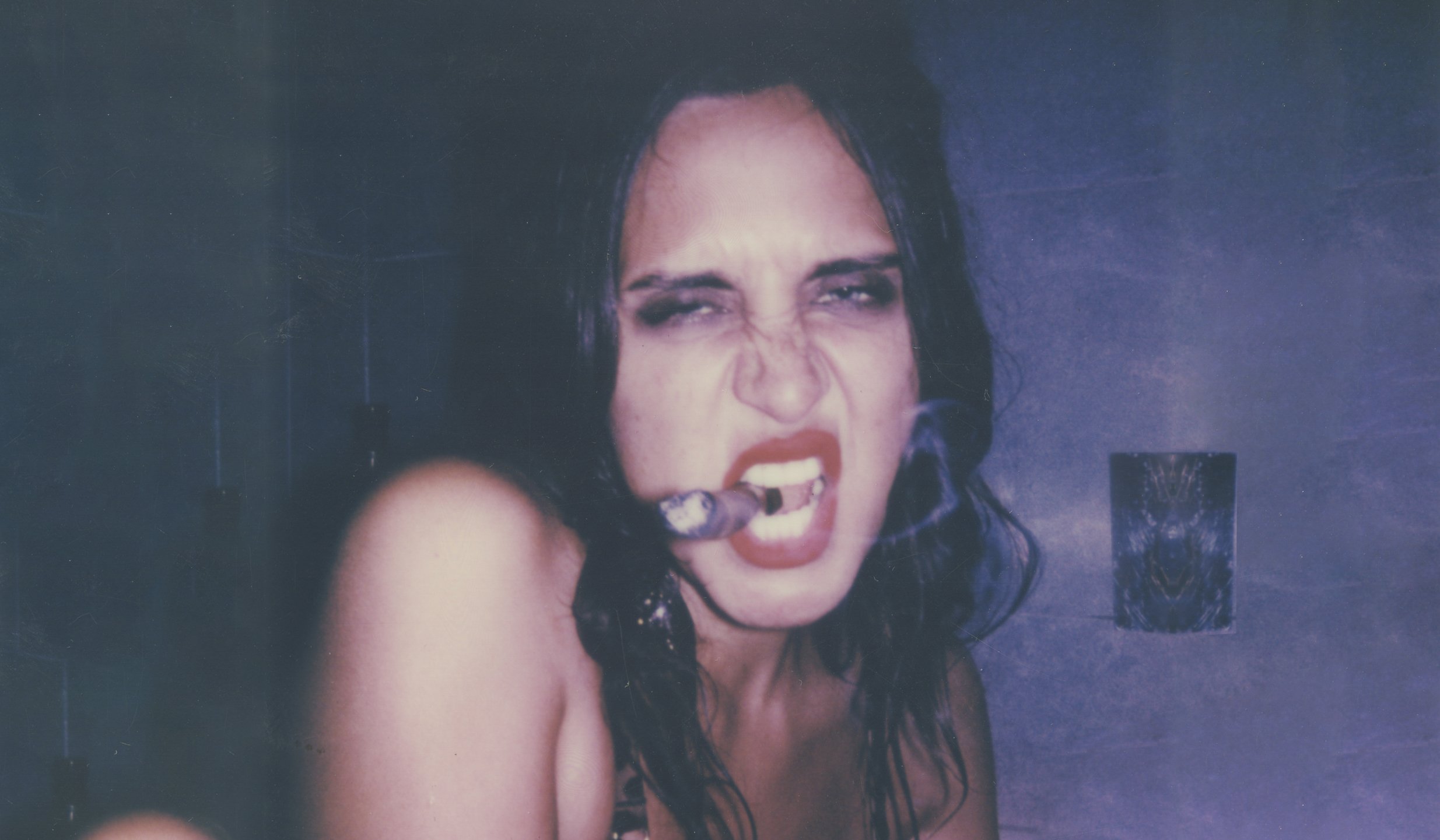 Jesse Jo Stark is an amalgamation of everything enigmatic and mystifying about the industry today. As music’s best-kept secret, she’s a fearless representation of what it means to hold raw authenticity in a world of personalities far too often attempting to fit into social expectations. For Stark, creating records is a uniquely intimate experience reading like a sonic diary. She writes poetry in motion; every word is a careful and poignant piece forming a larger, more complex narrative. At the crux of every Jesse Jo Stark project is a bona fide story waiting to be discerned.

The process of writing music is a continued exploration into the depths of Stark’s persona. In some cases, we see a sweeter side of the singer as depicted in “Tangerine” (2020); however, Stark’s latest track out today, “Die Young,” is a far deeper delve into self-reflection and growth. The song examines what it means to face life in its purest form–there is an eminent sense of beauty to be discovered in both the highest of highs and lowest of lows. Lyrically, the track begs the question, how does the past influence who you are today?

As “Die Young” references Stark’s journey into awakening, her new beginnings will inevitably yield a successful future. Her ethereal sound blends heavily into a slew of genres from punk, to soul, and country leaving a provocative sense of mystery to her music. Ultimately, fans can find solace in expecting the unexpected from the artist (but perhaps that’s the method behind the madness). Read the exclusive interview with Jesse Jo Stark below and take a voyage into the LA-based singer’s world of whimsy and spirit.

What is the ultimate way to listen to a Jesse Jo Stark Song?
I always love listenin’ to music in my car, so when I’m making music, I like to picture people listening to it in theirs. Under the sun or midnight sky, slowly on their way of fall in love with someone or something.

“Die Young” is your latest release; what made you pick this particular song for the world to hear at the current moment?
It’s kind of a gut feeling.

What do you wish fans get out of “Die Young” when they listen for the first time? Any particular message? A certain vibe to walk away with?
This is one of my favorite songs I’ve ever written. It is about looking back over my life and seeing how one person can see things very differently at different times. How I’ve had to die a million times to become who I am right now. I hope those who hear it can walk away with a sense of hope and wonder. Walking through love and loss, or grief and confusion, has been the most beautiful thing I have ever done throughout my life. And I am so grateful that I’ve had the chance to put it in a song that feels so honest for me to sing.

“Die Young” has a super intimate, delicate feel to it. What was the writing process like? Do you have a go-to method you immediately take to when it’s time to sit down and write a record?
Songs usually come one of two ways: long, cruel and painful, or quick, where it feels like I didn’t even have to write it and skip to singing it. “Die Young” was the latter. There was nothing hard about bringing it to life, and it fell from my lips in its final form the first time I sang it.

With the impressive discography you’ve put out to the world already, is it easier to be more vulnerable now than in the past?
It is never easy to be vulnerable. If being vulnerable was easy, it wouldn’t be so precious. But, I can say that the more I explore myself as a songwriter, the more respect I have for feeling the pain.

You described your last single, “Tangerine” as “dreamy” and “happy like the sun.” How would you say that compares to “Die Young?” Are you aiming to translate a similar tone or offer an entirely new experience?
I never aim to translate an experience when I write a song. I always write stories and, I guess the tone of the story ends up being whatever it is. When I wrote “Die Young,” it felt like my chest swelled, and my cheeks blushed. Like I was going to start to cry. So, for me, it has taken on a heavier feeling. But it is also a song of hope and gratitude for whatever strange things life throws at me in the future.

Be it an opening act or music video featurette; you have a really unique repertoire of collaborators that would categorically fall into the “rock” space. From Guns N Roses to YUNGBLUD to Jane’s Addiction, how do they influence your musical process (if at all)?
Everyone I meet changes me forever, so all of these people have shaped me as a songwriter. Any song I’ve ever heard, any poem I’ve ever read, any painting I’ve ever seen have all shaped me.

You have such an amazing ear for creating ethereal, psychedelic-infused, indie-like music with an almost western twist. Would you categorize yourself as a rock artist, or do you feel you fall into a different genre? Or maybe somewhere between many different genres? Or none at all?
I find writing songs too difficult to try to make them any one thing. I write whatever comes out, and it always kind of takes on some mixture of whatever I’m into at the time. I love music, and I love musicians, so I always keep my ears open and let myself be inspired.

What’s your go-to outfit to perform in that makes you feel most powerful on stage?
A tiny little tee and my Sugar Jones boots.

The world is (sadly) at a live-performance standstill– everyone is so eager to hear their favorite artists sing in their city again! Taking a second to reminisce on the days where we could all rock out in an arena, what was the best concert you’ve ever been to?
My dad took me to see Hank III, and he played two sets back-to-back. The first was pure outlaw country, with pedal steel and 3 part harmonies. When that set ended, the room emptied out, and a bunch of kids in leather jackets poured in. Hank took out his braids and thrashed into a metal set– It felt like both the concert version of the inside of my brain and I were forever changed. It made me say, “Fuck ever having to choose a lane.”

Do you have a favorite moment from one of your live performances?
I love it when people yell shit at me on stage. Especially if I’m opening for another band. People see a bill full of men and think that they can get a laugh by saying inappropriate things to me. But I’m dirtier than any of them, and it just makes me smile.

You’ve had a really exciting trajectory thus far in your music career; how do you think you’ve grown from the artist you were three years ago?
Music is something I feel like I’ve had to fight for in my life. That fight has made me very intimate with what I want and what I don’t want as a musician and in my songs. It is a constant broadening and refining of my tastes that brings me to the next level each time. I can honestly say that I am miles away from where I want to be, but exactly where I need to be right now.

Your favorite song that everyone needs to listen to right now (after they check out “Die Young”):
“Dandelion”– There are really delicate moments where my voice is naked on stage, but then there are other moments when the band is spazzing out, and I’m crawling around on the floor, stomping around in my little white boots.

In three words, what can fans expect next from Jesse Jo Stark?
“Die Young” video.

Any hints into this year’s Halloween costume?
I never haunt & tell.