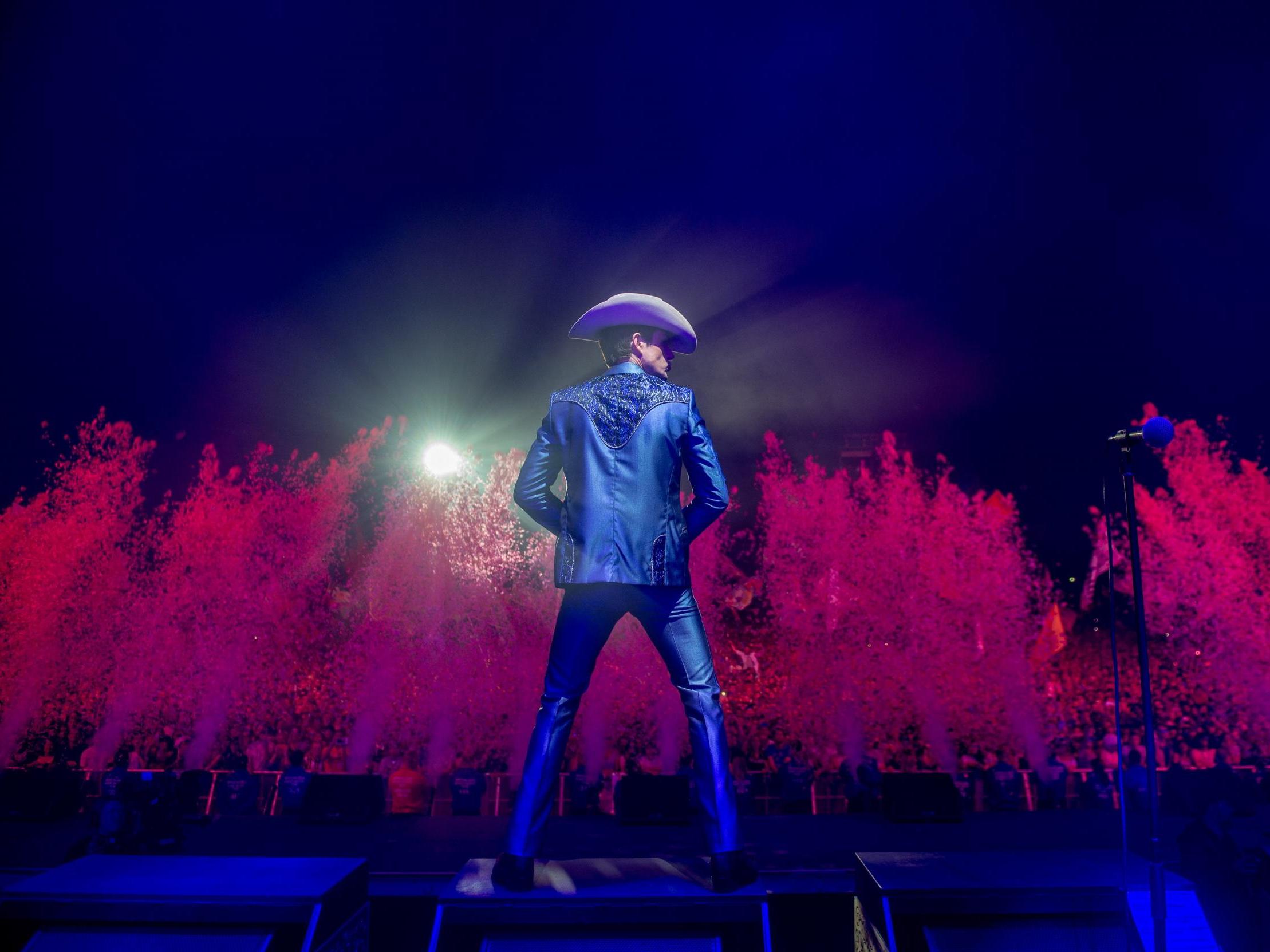 The Killers – Imploding The Mirage

Las Vegas rock band The Killers dropped their sixth studio album on August 21. The ten-track record is titled Imploding The Mirage and is the follow up to their acclaimed 2017 album Wonderful Wonderful.

The opening song “My Own Soul’s Warning” was initially released as a single in June. It features a soaring synth-rock sound that demands to be played loud and danced to, it invites you into the anthemic album promptly. The energetic track is slated to be the band’s new show opener for their upcoming tour. The Killers showcase their sweet side in the second track “Blowback,” a feel-good song with traces of early Bob Dylan.

“Caution” is the leading single off the album and was released back in March, the track features a fiery guitar solo by former Fleetwood Mac guitarist Lindsey Buckingham. Frontman Brandon Flowers belts the idyllic lyrics, “Let me introduce you to the featherweight queen / she got Hollywood eyes, but the can’t shoot what she see.“ The song tells the story of a girl from the band’s hometown, “Her mama was a dancer, and that’s all that she knew. / ‘Cause when you live in the desert, it’s what pretty girls do.” “It’s sort of about having the wherewithal to listen to that angel on your shoulder, even if they’re telling you something that you don’t want to hear,” Flowers said in an interview with Apple Music, “And I think for me with this song was a lot about leaving Las Vegas. I was having this sort of hunch or impression that that was something that I was supposed to do for my family. … And so it was tough for me to leave, and I thought I was able to harness that energy and there was a sort of relief when it happened, and you kind of feel that the spirit in Caution, I feel like.” “Caution” unmistakably stands out as the strongest track from their latest album and will no doubt become a Killers classic. As you near the middle of the album you may notice a Springsteen style intensity growing throughout the tracks.

“Dying Breed” and “Fire In Bone” were also released as singles and are overflowing with the band’s signature nostalgic lyrics, synth-rock, and extravagant sound. The second verse of “Dying Breed” feels like a nod to the battles the band has faced and feels like them coming out the other side. “When facing the wind got wicked, we rallied and raised up, so now if she comes back kicking, we’ll know what we’re made of. / There’s gonna be opposition, but we’ve got everything we need, ooh, baby, we’re a dying breed.” The familiar, easy listening track “Running Towards A Place” features towards the end of the album. It is an indie rock song that’s lyrics are bemused with faith and hope for heaven. “Give me a song that I may sing / that cuts like a canyon and rides on a wing / and give a heart that I may stand / For what I believe in.”

“My God” is a hymn-like song featuring American folk singer-songwriter Weyes Blood. The song opens with lyrics, “Mirage after mirage, crawling back to your arms. / Stay, stay, stay.” The band clearly wants to draw attention to optical illusions and displaced images. The final song has the same name as the album itself, “Imploding The Mirage,” and is about Flowers and his wife’s relationship. “I was a timid Rockwellian boy / She was tattooed and ready to deploy / Gave me reservation and the like / But she could be the dangerous type / But I threw caution ’cause something about that yin and the yang / Was pushing my boundaries out beyond my imagining.” The cheerful track closes the album with an upbeat melody.

The album is currently #1 in the UK, making it the sixth time the quartet has reached this milestone. The Killers were formed in Las Vegas in 2001 and currently has four members, Brandon Flowers, Dave Keuning, Mark Stoermer, and Ronnie Vannucci Jr. They are considered one of the biggest rock bands of the 21st century and the most successful act to hail from Nevada. They have performed in more than 50 countries, headlining renowned venues such as Madison Square Garden, Wembley Stadium, and Glastonbury Festival.