Conceptually, “Fila” is meant to paint the picture of two friends coping with loneliness in their own ways, and in speaking to EUPHORIA., Fleischman establishes pretty much off the bat that he’s the perfect friend for a rant therapy session. As witty as he is genuine in his hopes of encouraging people to be themselves Boy Willows’ personality resonates as much as his alt-pop, psychedelic-tinged folk music does. In conversation, he delves into the message behind the track, working with Minnette, his musical inspirations, and much more.

What was the inspiration/message behind “Fila”?
For me, the song is definitely a blankie. It started with the instrumental and sonically it felt safe, so I explored that. I really wanted to feel safe, because at that time (and maybe still) I felt lonely, like an outsider. But I also desperately wanted to bounce out of that place of self-doubt, so it’s really a song for outsiders who are trying to console themselves and push forward with a smile. I’d say simply put, the inspiration for the song was a desire to feel loved and whole, no matter what’s happening around you.

How did the collaboration with Dylan Minnette come about? What was your fondest memory of the experience?
It was super easy, I just kidnapped him and he was surprisingly accommodating. No no, I do live lighting and LED wall visuals professionally, so I started working with Wallows a couple of years back and it’s grown into a real fuckin family if I do say so myself. One night while we were on tour, I was showing Dylan some songs I was working on. He really dug “Fila,” which at the time was like 35 seconds, he was amped about it but wanted it to be longer so I said, and I’m paraphrasing here, “GO ON THEN, MAKE IT LONGER, DYL.” Then he wrote his verse and boom, “Fila.”

There are two fond memories; The first was talking with Dylan about his verse. I don’t often collaborate with people, and to feel closer with someone through their lyrics just felt really good. The second was probably doing the music video, it was a scramble logistically, we (I) were super dizzy and sweaty, but it just felt great to share in the visual story-telling of the song.

How would you describe your sound? How do you hope for it to evolve over time?
It’s called ~jazz~. No, um probably funky folk, dream pulp, woodland funk, groove-folk. None of those are winners, and yet they’re all accurate. All of my music production is inspired by limitation, I literally have a single mic, a shitty scarlet 2 input interface, a couple of guitars, and a $3 Casio keyboard from goodwill. So it forces me to get really creative if I want to make something unique.

I would really love for my music to become cleaner but at the same time more intimate and raw. I think I could do that with more tactile instruments (drums, better amps blah blah). I’m thinking Lomelda, Porches, somewhere between A$AP Ferg and Elliott Smith.

If listeners could take away one message from your music what would you want it to be?
I just want people to feel more present after listening to my music. That’s really it. Whether that takes them to a place of joy, sadness, rage, I would feel like I did my job if I was able to encourage people to just be with themselves, however, they are in that moment. That’s the message. Also, every song of mine uses multiple people’s perspectives, I’d be fucking stoked if my music encouraged people to take other people’s perspectives more often.

Who inspires you professionally as well as personally?
Mark Cuban and my Mom, respectively. In addition to that perfect answer, my music was really born out of my love for Toro y Moi, Jose Gonzalez, Sylvan Esso, and Harrison Ford. Personally, my friend Danie– she’s funny and tenacious to an inspiring degree. I wasn’t kidding about my mom, her too. RBG for her unapologetic self-assuredness, my friend Jamie, Indiana Jones, Hiro Murai.

If you had to describe your musical journey so far in three words what would they be and why?
Oof, Zzz, Yes. A lot of this process is overwhelmingly good and bad (oof). This journey has turned me into a nocturnal creature (Zzz) and Yes because the fulfillment I get from it is still one of the best fucking parts about living. 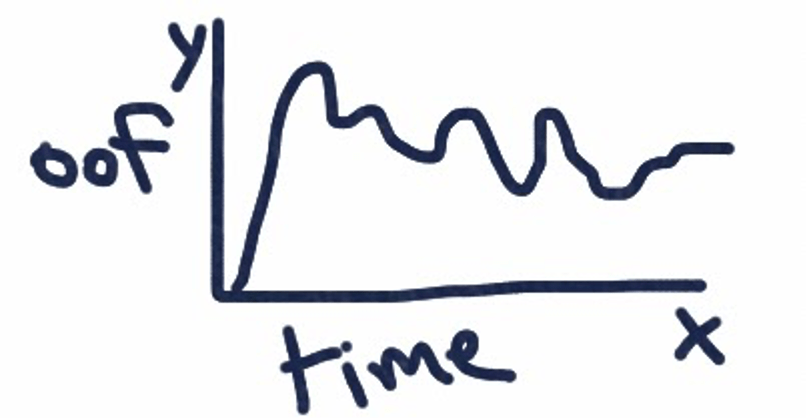 What’s next for you?
Putting out the best music/visuals I’ve made thus far. Some music videos that will really bring people into the world of Willows. Re-starting my clothing line of tie-dye turtlenecks called “tastebud.” Finding a place to live because I’m currently back at home with my parents in Maryland. Also getting a job, maybe something in finance.