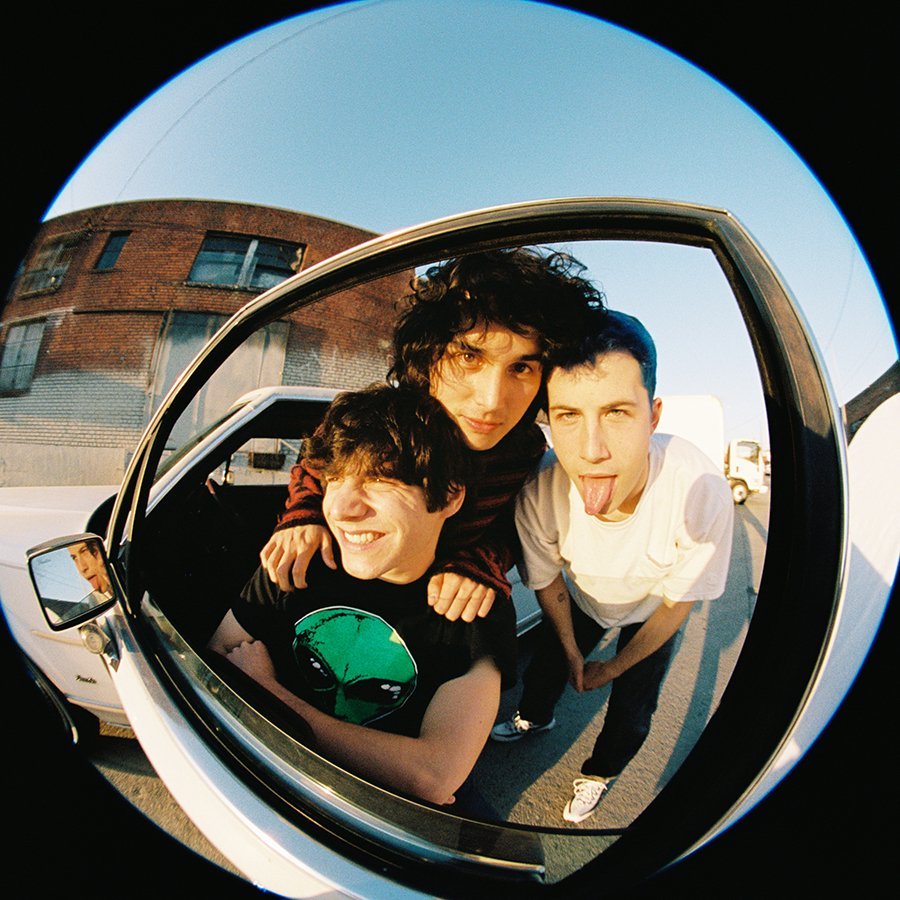 Wallows Talk About Their Virtual Tour

The critically acclaimed trio- Cole Preston, Dylan Minnette, and Braeden Lemasters who goes professionally by the name Wallows, recently surprised their huge fan-base by announcing a virtual world tour amidst the ongoing pandemic that we all are facing presently.

Having already completed two virtual tours, Wallows so far have 2 shows remaining on their virtual world tour Wallows Live at The Roxy- UK & Europe Show on September 13th and AUS, NZ & Asia Show on September 27th. The tour showcases unique performances by the band that has been pre-recorded at LA’s famed The Roxy Theatre, the same location where the band performed their first-ever headline show in 2017.

The band also made a short documentary that captures some behind the scenes of their rehearsals and them performing the tour. Streaming via NoCap, every show is available to watch worldwide and will be archived and available to re-watch until October 4th at 11:59 pm PT with the purchase of a ticket.

We caught up with Wallows regarding their experience with the virtual tour and what the fans can expect from their upcoming music.

You recently revealed the Wallows Virtual Tour. Congratulations on that! How did the concept behind this virtual tour initially come into existence?
The idea started after all of our touring for the year got canceled. We were supposed to go to a lot of new places, so we wanted to do something virtual that felt as close to a Wallows shows as we could get it.

How did it feel like performing at The Roxy Theater, the place where you guys performed your first ever headline tour in 2017?
It was great! The Roxy is a classic place. We all grew up in LA going to the Roxy so it felt like a full-circle moment.

What was the experience like performing your debut album Nothing Happens in the ‘West Coast Show’? Did it bring back any sort of nostalgia?
I mean a little bit? It made us nostalgic for touring and playing live shows in general. It had been a while since all of us played the sounds out loud and it felt really good.

What kind of reaction are you hoping to receive from your fans regarding the virtual tour?
We want them to feel like they’re at a Wallows show as much as they can. They won’t replace the feeling of being at a real show obviously, but at least it’s something to get us through these unfortunate times and to build excitement for real touring to come back.

Now that you have successfully performed a virtual tour, what according to you is the biggest difference that you found between a virtual and an actual tour?
Probably the lack of an audience. It’s fun to gauge people’s reactions to songs at actual shows. But doing the virtual shows was just us sort of playing to ourselves in our own world.

Let’s talk about the documentary that you guys posted on your YouTube channel. It was filled with some crazy and extremely fun moments during rehearsals and the tour to look at! What is the most memorable thing that you three took away from this specific journey?
A bird flew into the rehearsal space and kept landing on pieces of the gear. Took a while to coax the bird out to safety haha. Overall, the rehearsals and shows were mostly a reminder of how much we actually miss touring.

There are two more virtual tours to be taken place in September. What can the fans expect from these upcoming virtual tours? Anything you want to hint the fans about?
There may or may not be new songs performed? Songs that aren’t out? Songs that are out but we’ve never played live?

What’s next for you guys? Is there anything that you three can tell us about your forthcoming projects or collaborations?
There’s new music coming! We haven’t been more excited to release music than the release that’s coming next.

Lastly, is there anything that you would like to convey to your fans from all around the world?
Thanks for supporting us and keep your eyes peeled for new music.