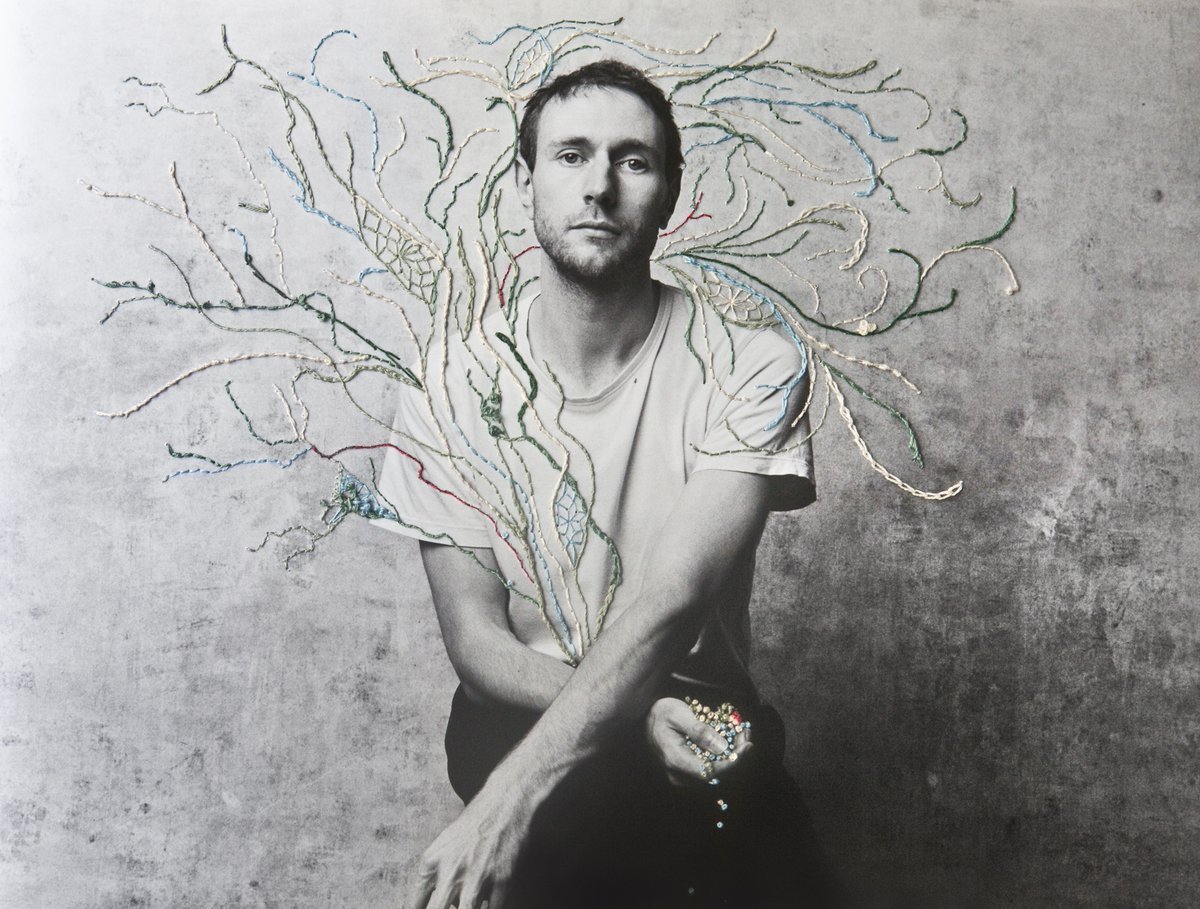 Welsh producer, multi-instrumentalist, singer and songwriter Novo Amor– aka Ali Lacey– is gearing up for the release of second self-produced album Cannot Be, Whatsoever to be released November 6th. With tracks like the personal “Halloween,” uplifting “Opaline,” and most recently the soft and sentimental  “If We’re Being Honest.”

His brand-new 10-track album will pick up where the fascinating arc that Lacey laid out in 2018 record Birthplace left off. Moving from the stories of his past and growth as explored in his debut, he delves now into stories that led to his journey of rediscovering his love for music. Cannot Be, Whatsoever described in Lacey’s own words is “a shift towards the light,” balances indecisiveness with surety, anxiety with peace, and captures Novo Amor in a new light.

Lacey delves into the message behind his music, how he envisions his sound evolving, and the process of finding himself through music.

What is the message behind the single “Opaline”?
I like to keep messages behind songs vague and not too obvious because I like giving people the freedom to make up their own minds about it. It’s a track that comes to grip with renewal and rebirth as an artist and person. This was one of the first tracks I wrote for the album and is also the opening track on the album, the last line of the song is “now I feel like I’m finally me,” which sets in motion a more uplifting, self-assured feel to Novo Amor that people may not have heard before, but it’s also juxtaposed with the indecisiveness and questioning tone of the rest of the album.

What was it about this particular album that allowed you to “find yourself” as you said?
This is my second album. When I was working on the first album, it felt like the end of Novo Amor because I’d said what I’d set to say and achieved what I wanted to achieve. I felt like I’d explored all my thoughts and feelings, so I had no idea where to go from there. It felt I won’t be making music anymore, but then I started working on this album and it was like a new first foot forward.

What can people expect from your upcoming album Cannot Be, Whatsoever? What was the writing and production process behind it?
The album plays with my indecisiveness, which is something I deal with in every aspect of my life. I’m indecisive about everything from what I want for dinner to what music I like, and I’ve used that in this album. People can expect a varied range of sounds all merged together by the common thread of my voice, production, and personality. With this album, I just let myself make the music when I felt like rather than force a process. It was quite collaborative, to begin with, I sent my music to my friend Ed and worked on the ideas, direction, etc. I’d then go home and working on filling any gaps within the music.

To be honest, I didn’t have too much fun with the process because I found myself getting quite down about the idea of making music. I felt like nothing was working out, but I think that the indecisiveness coming back. I kept feeling I wanted to make something better than before rather than make the same music over and over again.

Speaking of your writing process, do you tend inwards while writing music or take inspiration from around you?
I tend to look inwards and writing from my own experiences. For this album, I’ve explored touring and dealing with being away from home, it looks at my past over the last ten years. For example, the track “Halloween,” was written quickly on Halloween last year. It’s about how that whole month of October being one bad week after another leading up to Halloween. I draw parallels with another Halloween from nine years ago when I hit my head on the sink and had to spend in A&E.

You’ve just spoken about feeling down while making the album, but you have also described the new album as “a shift towards the light.” Why have you described it with this phrase?
When I listen back to some of my old music, I cringe and feel like I could have better. With this album I was trying to look at music in a happier way, I was making it because I find It fun. It was more about doing things I thought was cool in music and was a way for me to live my life rather than mulling over my music in my own head. The album feels like a brighter step to me and I wanted to make music that would make a better live set. I wanted to make music that I would be excited to perform on stage.

Going from emotive sad songs to now focusing on live sounds, how would you like your sound to evolve in the future?
I just want to keep making the music I want to make. Every album is going to be me trying to make the best album I can. I want to keep challenging myself and diversify my music with more collaborations.

I know you mentioned you don’t like to define the messages you’d like people to take away from your music. But if you had to pick an overarching message that runs throughout your music what would that be?
It’d be great if people feel self-realization and if my music can help them through any circumstance in life. I want people to take away an assured feeling that everything is going to be okay from music or for it evoke some good memories. I think melancholic, sad music is good for mental health, it might seem like a downer but it’s therapeutic. So I hope my music does that for people.

You mentioned earlier how you didn’t have much fun with the process for this album in particular. What’s the best part of making music? And on the flip side, what’s the most frustrating part?
The most fun part of making music is when you write something you’re happy with. The excitement of bringing a piece of music into existence from nothing and not knowing how it might impact or influence someone in the future is such a great feeling. Sharing your music with others is the best part of music. The most frustrating part is when something doesn’t work no matter how long you work on it. When it feels like a song isn’t as good as you thought it’d be is a defeating feeling.

What’s been the most surreal moment of your career so far? What’s next for you?
Touring has always been a surreal experience for me. When I started making music I never imagined I’d get to a point where I’d get to stand in front of crowds with them singing back at me. To be on stages around the world is a dream come true for me. I don’t feel worthy of it and don’t feel the force of what you’re doing until you’re standing in front of so many people who have been impacted by your music. What’s next? I just want to make an album that’s the best piece of work I’ve done, just make music I’m happy with until I don’t enjoy it anymore – if that ever happens.

If you had to describe your career so far in three words what would they be?
Very damn lucky!