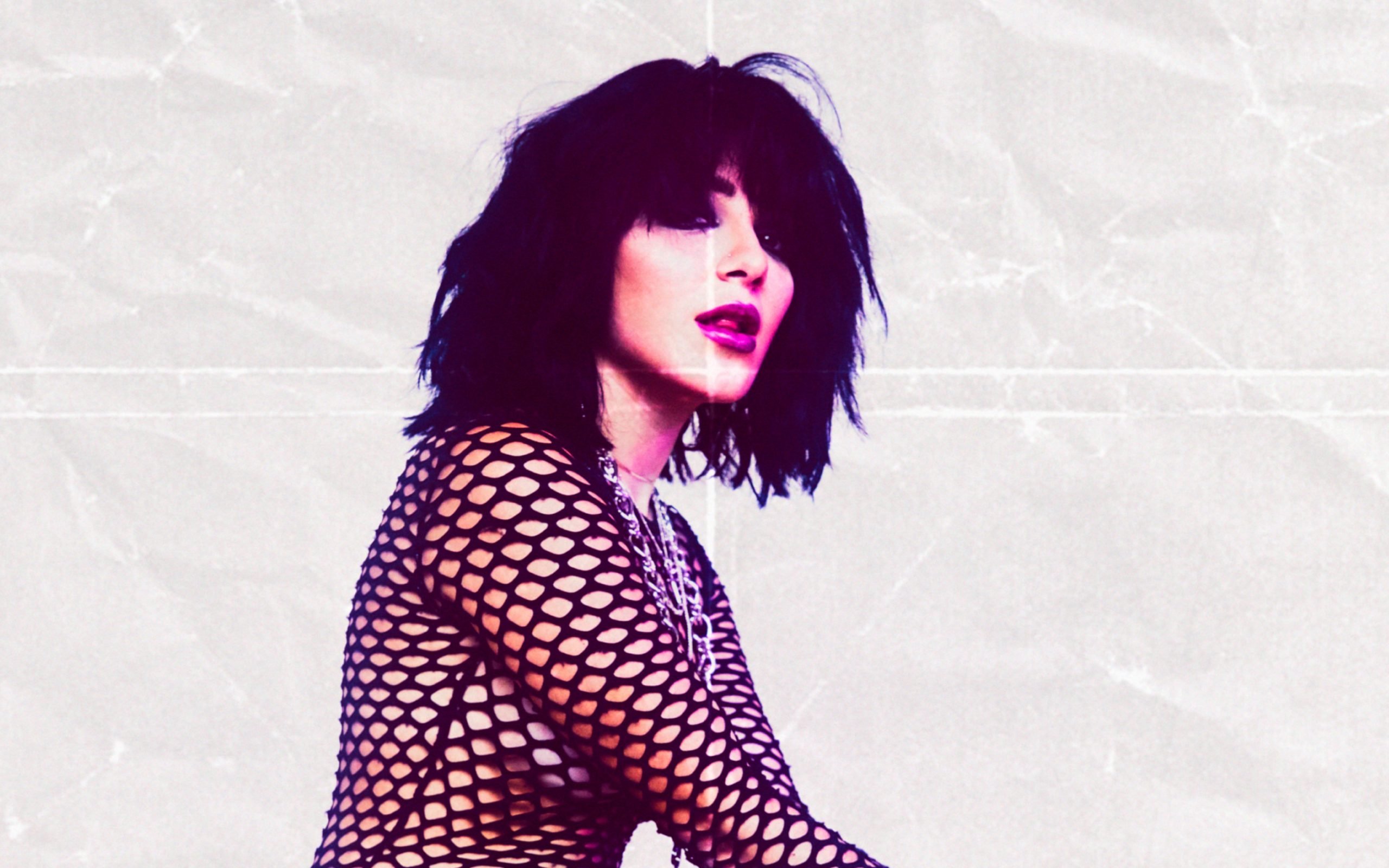 You might know Niki DeMar from social media or YouTube or as half of Niki and Gabi, but it’s time to sweep that to the side and meet Niki the musician. “Whenever someone says, ‘Go for your dreams.’ I think of music,” Niki told me over a Zoom chat from her home in Pennsylvania. “I was born saying, ‘I’m going to do music.’ And she’s hard at work making that dream a reality.

Niki’s latest single, “Alone in My Car,” was released July 23, and though it’s not her first song to be released, she says it’s the most her. “I think that is 100% my sound,” she shared. “I think I found it.” The song was born out of a time during COVID-19 lockdown when she felt a little bit lost. When the song came out, she said in a news release, that the only place she could find herself was in her car. “Alone in My Car” was ready to be released in March, but Niki didn’t want to do it because she couldn’t give it the proper visuals she felt it deserved while the state of Pennsylvania was in lockdown. “Once we hit green, we were like, ‘We’re making these videos. We’re doing this thing,’” she said.

The result is a vibrant video with sweeping aerial views of greenery and forests, as well as fiery close-ups of Niki as she bares her soul. She’s been sharing the music across her socials to her millions of followers, blending her influencer life with her musician life, a strategy that she’s employing going forward.

“I’ve never seen anyone do that Hannah Montana thing,” she said of her strategy, likening it to the Disney Channel show starring Miley Cyrus. In the show, Miley played two characters: her normal self as Miley and her rock star alter ego Hannah Montana. It was a way for her character to lead a double life — something Niki’s going for. “It’s like you play two things and it can get confusing, so I’m thankful for the fans and subscribers that have stayed because I turned into a music channel, and then I turned back into a fashion channel. It’s a little confusing, but I hope it’s working.”

It seems to be — on her personal YouTube channel, Niki has almost 2.5 million subscribers; on her joint YouTube with her sister, they have almost 10 million subscribers; and on Instagram, she has 3.8 million followers. Niki’s fans don’t seem to be going anywhere, regardless of what kind of content she puts out, and there’s no doubt that her past (but still current) life as a YouTuber can only boost her music career. She already has, quite literally, a built-in fanbase.

“I just hope they stay,” she says of her millions of followers.

Sharing the Spotlight With Her Twin Sister

Niki DeMar (whose full name is Nicola DeMartino) may be breaking out on her own now more than ever, but she still shares a lot of her career — and obviously her life — with her twin sister Gabi. They started their joint YouTube channel in 2012 and played up how different they are. As most siblings can guess, the two of them had their squabbles while working together, but as they got older, things got a lot harder to handle between the two of them. It all came to a head when Niki and Gabi released a video on their joint account in June this year, detailing their issues with working together.

The beginning of the video starts in current time with the two of them touching on their struggles before clarifying that the next part of the video was shot months prior while they went through mediation to try to get through this hard time. The twins said that after that, they worked on their relationships and things had gotten better, but I asked Niki to expand on just how hard it can be to work with a family member and how things are going now.

“I wish I could go back and rewrite our eight years on YouTube, but I can’t rewrite them,” she shared. “They happened how they did. I felt the way I did.” Niki had previously opened up about being compared to Gabi all the time and how hard it was for her to deal with. “People favored her. I did a lot of the work. It is what it is, and that’s my truth, and I feel like sometimes being a public figure with a relative or a sister can sometimes feel restricting and make you feel like you have to censor yourself to protect that relative when all you want to do is just scream from the top of your lungs.”

Niki said she made a TikTok recently that was about her self-love, something she’s trying to focus on now, but because her story is tied so inextricably to Gabi’s, some of her followers didn’t like it, and Niki was afraid Gabi would be offended by it — even though it was a video about her.

Of the explanation video the twins posted on YouTube, Niki said that she actually was so hesitant to share it and only did because Gabi insisted that it was a good idea. “I was actually really hesitant because I deal with a lot of my shit privately,” she said. “That is my deepest, darkest secret. That video. Everything we went through from 2015 to 2019. I didn’t want to make those four years look like a lie to our subscribers, so I didn’t want to put it out because I didn’t want to ruin the Niki/Gabi image or fantasy that these little girls lived through.”

But Niki was pleasantly surprised by the reaction to the video and how positive it was. She said they got so many nice comments from fans that a weight was lifted off of her and inspired her to continue sharing her truths. Though it’s still a double-edged sword, because even though she wants to share her truths, her truths are still intertwined with other people’s stories, so someone else is always involved.

Sharing more about her real story is part of this new Niki, though, regardless of how hard it might be. It’s another step in her story, following moving back to her hometown in Pennsylvania after not feeling like Los Angeles was the right place for her. It’s coming back to her roots to embrace her creativity and harness it for everything she’s working on — vlogs, fashion, music.

A Focus on Mental Health and Self-Awareness

The last piece to Niki DeMar’s strategy puzzle for her future is a continued focus on her mental health and learning from everything she’s done. “However hard I’m looking at my own shit, nobody else is looking at it that hard, but I’m looking at it that hard because it’s mine,” she shared. Though she has awareness of putting so much pressure on herself, she says it’s still hard to power through that. “It’s like a freaking loop. It’s like a cycle.”

“It felt too overwhelming [in LA]. I didn’t know where to go. … You need to set yourself up for success, and I think being comfortable in my hometown and shutting off my mind, resting, and taking things one day at a time is the only way I can multitask because I’m a horrible multi-tasker,” she added with a laugh. And it’s worked for her because her creativity has blossomed, especially with “Alone in My Car,” a song that she feels so excited about because it’s her now and it’s her future.

And though she may be making more of a pivot into music, she’s not exactly slowing down with YouTube or her other ventures, she’s just managing her time better. Her summer was devoted to music and then she said she’ll switch into influencer mode and do some vlogs and work on other things before moving into the next phase. It’ll all come back to music, though. Her next huge goal is landing a record deal. “I’m not going to sign any record deal, so I’m just kind of building my library in my archives. I want to make it really solid, so it’s a good fit when that happens. I hope it works. I really do,” she said.

Regardless of what deal Niki lands — because she’ll definitely get one — she already has a plan for her music. She wants to release a few more really strong singles rather than a collective body of work because she wants each song to have its own time to shine. And if you loved “Alone in My Car,” you’ll be happy with her future releases, because she’s staying in that lane.

“Expect more babies like ‘Alone in My Car,’” she said. “She’ll give birth to multiple babies.”