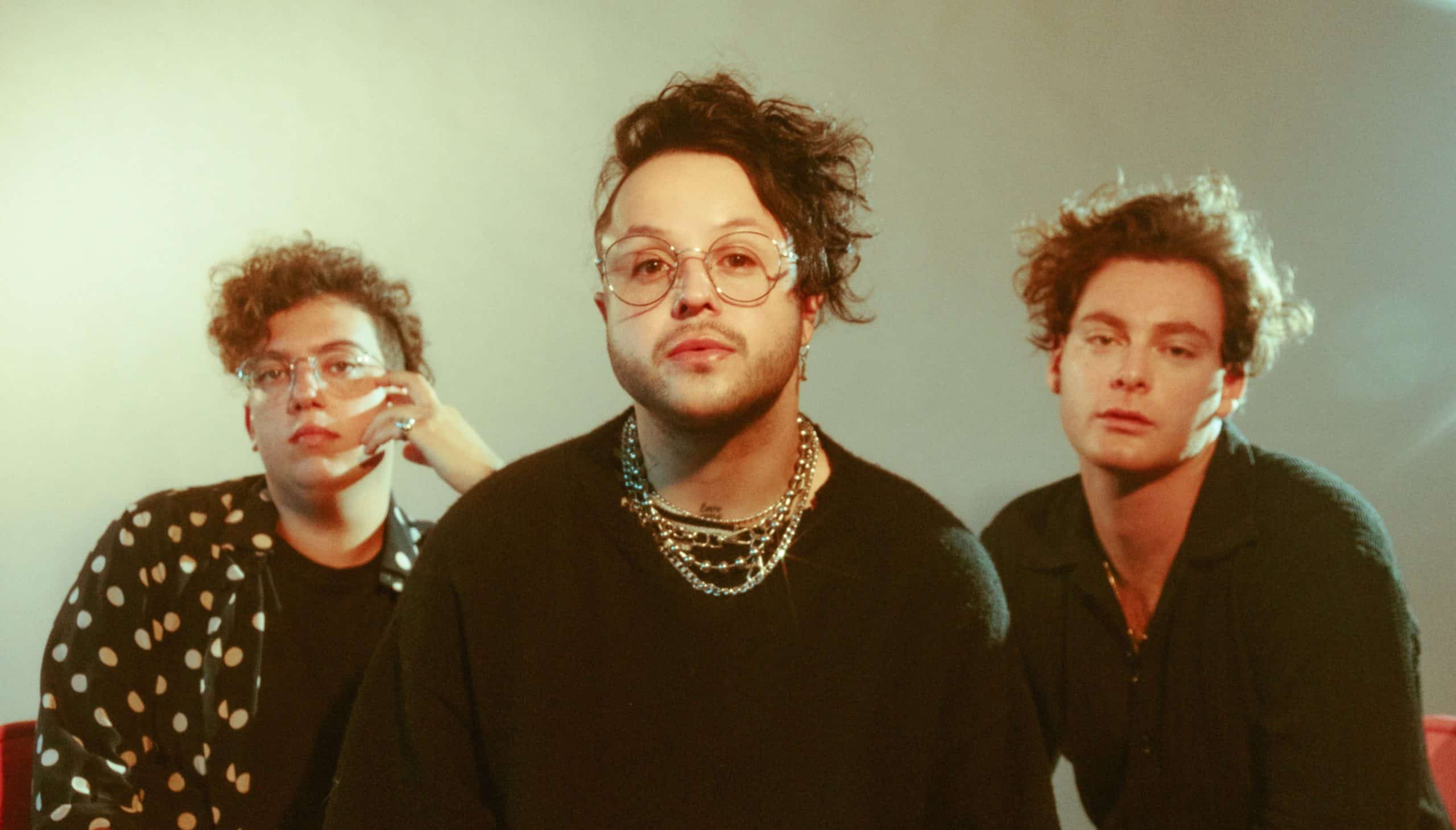 Why does love inspire so much great art? We have poetry, music, literature, and film depicting so many different types of love, whether it is friendship, romance, or the love of a family. So much of life is solitary, feeling like no one quite sees you or understands who you really are, and then you finally find someone who does. And suddenly everything makes sense.

lovelytheband writes about loneliness and love with so much wisdom and vibrance, it’s no wonder their single “Broken,” off of their debut album Finding It Hard To Smile, became the sensation it did. Now with their second album Conversations With Myself About You, they continue their nuanced examination of love in all its forms. Whether painful, or beautiful, or just plain silly. Love is something that everyone searches for; we’re all just looking to find someone who makes us feel less lonely.

You guys write a lot about feeling lonely. Almost all of your singles have mentioned that in one way or another. What is it about the feeling that inspires you, or compels you to write about it?
Mitchy Collins: It’s something that everyone deals with. You can be in a loving relationship or have a lot of friends, or you can be single and have a small group of friends and still feel that. It comes from inside of you more than from other people. I think a lot of people feel lonely but just never talk about it.

Something else that I notice as a theme in your music, is just the frustrations of love, the ways that it doesn’t quite go right. Was that a conscious thing on your part or did that theme kind of sneak in there?
I’ve had my fair share of failed relationships and things I wish had gone differently. It comes from personal experience and just the fact that it’s something everyone deals with.

You guys appeared in the movie This Is The Year, which thematically goes right alongside what I mentioned earlier about the high and low points of love. Was this your first time appearing in a film in that way? What was that like?
That was our first time. It was bizarre, you never know what’s going to come of something like that. When we were in it, it was early days for the film, and we are thankful for David [Henrie] to cast us and let us be a part of it. It was weird watching it and hearing our band name, and just being a part of the film. It was exciting, and cool to be a part of it.

Did you expect your single “Broken” to blow up the way it did?
It took us by surprise. I don’t think anyone has the expectation of their first song becoming a hit. You hope people like it but we had no expectation, we were just like here we go, let’s see what happens. Watching it turn into what it did was special.

Your new album feels just as relatable as your previous one, which is amazing. But did you guys feel different making this album as opposed to your last one? A second album after the first was so popular can be a daunting project.
There’s pressure but I try to maintain the mentality that “Broken” was a moment in time, that’s never going to happen again. Can we have a song that’s as big or bigger? Sure, but that was a moment in time and I don’t think it’s healthy to try to recreate something that is just like the universe aligning. We went into it just doing what we do and elevating it and just making some music.

What do you hope people feel when they listen to this album?
The album touches on heartbreak. It’s a relationship album about unrequited love and love that ends too soon and you reflect on it like damn I wish that would have worked out or we had more time. But it also touches on the hope that someone’s out there for you, and there is someone out there for you. We hope people find solace. Everyone goes through the ups and downs of love and life.

What was the hardest track for you to write and why?
“Loneliness for Love” – That was on our first album originally but I didn’t think it was right. It has gone through six or seven revisions. I thought the lyrics were special and something was there so I just kept reworking and rewriting, putting it through different music arrangements until we found what we had today.

What do you want your listeners to know about love? Coming from a group of people who write about love as honestly as you do?
Love comes in all shapes and sizes and you need to figure out what it means to you first before you give it to anyone else.


What are you working on next?
There’s no touring so we’re back in the studio making music and working on the third album but no pressure, just having fun


What do you do when you feel lonely?
Depends, if I’m having a bad day, I try to sulk in it and feel it, other times I’ll hit up a friend, grab a drink and take my mind off it, just depends on the mood.