In the world we live in now, the light at the end of the tunnel seems far out of reach. But on his latest EP, The Other Side, Korean-American singer Eric Nam offers a realistic yet optimistic message which reminds us that when we finally make it to the maze of this strange normalcy to the elusive other side.

Explaining the inspiration behind the EP, Eric exclusively tells us, “The name and concept of the album came from my feeling anxious about life and the future. I think everyone goes through situations where they feel uncomfortable or unhappy whether it’s due to work, life, relationships, or just the coronavirus. I found myself being stressed out and this album was my way of taking myself out of that mind space, acknowledging that things kind of suck right now but things will get better when we get to the other side of this horrible thing.”

The global pandemic that brought the world to a halt has been difficult to process for everyone. For Eric, with his on-the-go personality– doing everything from singing, touring, podcasting, interviewing, and his sense of responsibility he has spoken about towards the people he works with, this was an anxiety-inducing turn of events in which he managed to adapt to with his impeccable work ethic and honesty. 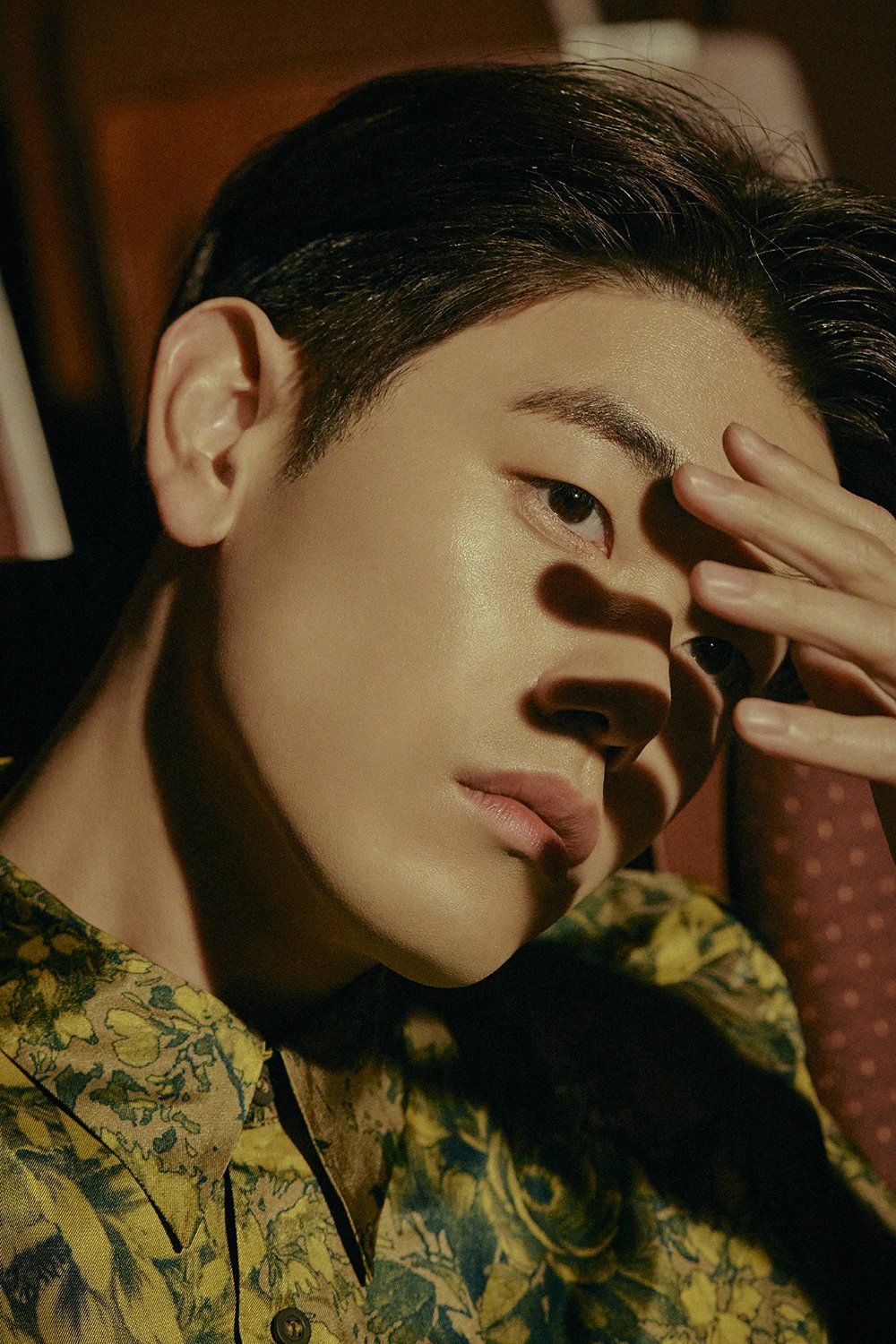 He says, “There was a point at the beginning where I didn’t know what I was supposed to do to keep everyone employed. I tried to have honest conversations telling people that we are all going through a horrible time but letting them know that if they need help, that I’d try to the best I can. For example, even if I don’t need a band, I’ll ask if they can get a band there just so they can get paid. This isn’t anyone’s fault; we can’t blame anybody but it’s just the reality that every single person is going through. Yes, there is a sense of pressure but I just need to be empathetic and understand that, aside from adjusting where we can, there’s not much else we can do about it.”

He delves into the new things he discovered about songwriting in the process saying, “We were doing Zoom sessions which I hated! I just wanted to be productive and channel all the anxiety and stress into songwriting. It never felt the same but I’m glad we did it because now people are getting used to it and it’s becoming easier to work remotely. It’s an adjustment, but I think we’ll all find new ways of working.”

And make it work, he certainly did. The Other Side is a journey of bright-eyed love on upbeat tracks “Trouble With You” and “Down For You” swerves into concern-tinged of “How You Been” and dreamy escapism on lead single “Paradise.” Talking through the writing process for the five-track he says, “How You Been” falls in the middle of the EP’s journey.

On “Paradise,” he tells us, “It’s about wanting and searching for your own version of paradise– whether it’s a physical place, a better work situation– it can be anything. But it’s about wanting to get to a better place and striving to get there. It’s an album that’s about optimism and hope. It was drawn from the mental state as we go through the craziness of the world right now.”

So what is Eric Nam’s paradise? He answers, “It is being happy and healthy. Being surrounded by people you care about and love,” he continues, “But I think your paradise can really be about anything. It’s about your mindset and your approach to life. Are you able to take a step back and say things aren’t great right now, but I have food to eat, a house to live in as well as friends and families who care about me? If you take life and you strip everything away, isn’t this all you really need? Amidst all the craziness, superficiality, and materialism that we live with, a quick reminder of this fact is important.” It’s this exact message of growing beyond materialism and finding true contentment, that Eric alludes to in the symbolic music video for “Paradise.” “For the music video, we wanted to convey that there’s always going to be something better; something newer, something sexier. But once you get there, the grass is always greener on the other side. It’s all about perspective and appreciating what you have.”

The video imagines Eric escaping the mundane struggles and frustrations of day-to-day life with an innovative device that allows him to enhance himself, become a “better version” and achieve happiness. In this dystopian paradise, he comes face to face with one of his inner selves who hands him a magi tea and a note with the message “vis ta vie”– or “live your life”– and though things perfect for a short moment it spirals and the perfect paradise is no longer that anymore.

For someone who has constantly struggled with identity and the duality of his heritage and the country he calls home, learning to appreciate his life was not an easy task. “Sometimes I see comments, ‘why is Eric Nam dancing?’ or ‘why is he making this kind of music?’ Of course, you’re allowed to have opinions but me doing my music shouldn’t affect you in any way except a positive way. If it makes me happy, and it’s what I want to do then I can do a certain dance or use a certain phrase, I’m living my life and I should own that and be proud of it. I’ve learned that I all need to care about is what’s best for me. It’s okay if some people don’t like it, there will be people who enjoy it and that’s enough. So in a way, it’s like saying ‘forget the haters and do what you’ve got to do.'”

Getting to that level of self-confidence did not happen overnight. “In Korea, I think people just aren’t used to me dancing. They see as a ballad singer who releases very soft music, and anything that deviates from that expectation will be a shock to them and won’t be as easily accepted. Even with my label for years, it was a constant struggle, I’d want to do one genre of music, they’d say do ballads and we’d have a lot of arguments because I wouldn’t want to only do ballads.”

Despite his personal preferences, Eric explains he tried to continue doing what he was told, admitting it didn’t work simply because he was unhappy. He says, “I’d rather do what makes me happy even if it’s a risk. Whatever I do I have to feel good about it – that’s what living life is about.” He adds, “In Korea, people may not understand my music as much as they used to but when you start figuring out what you’re good at and what you want, and you eventually find your color.” 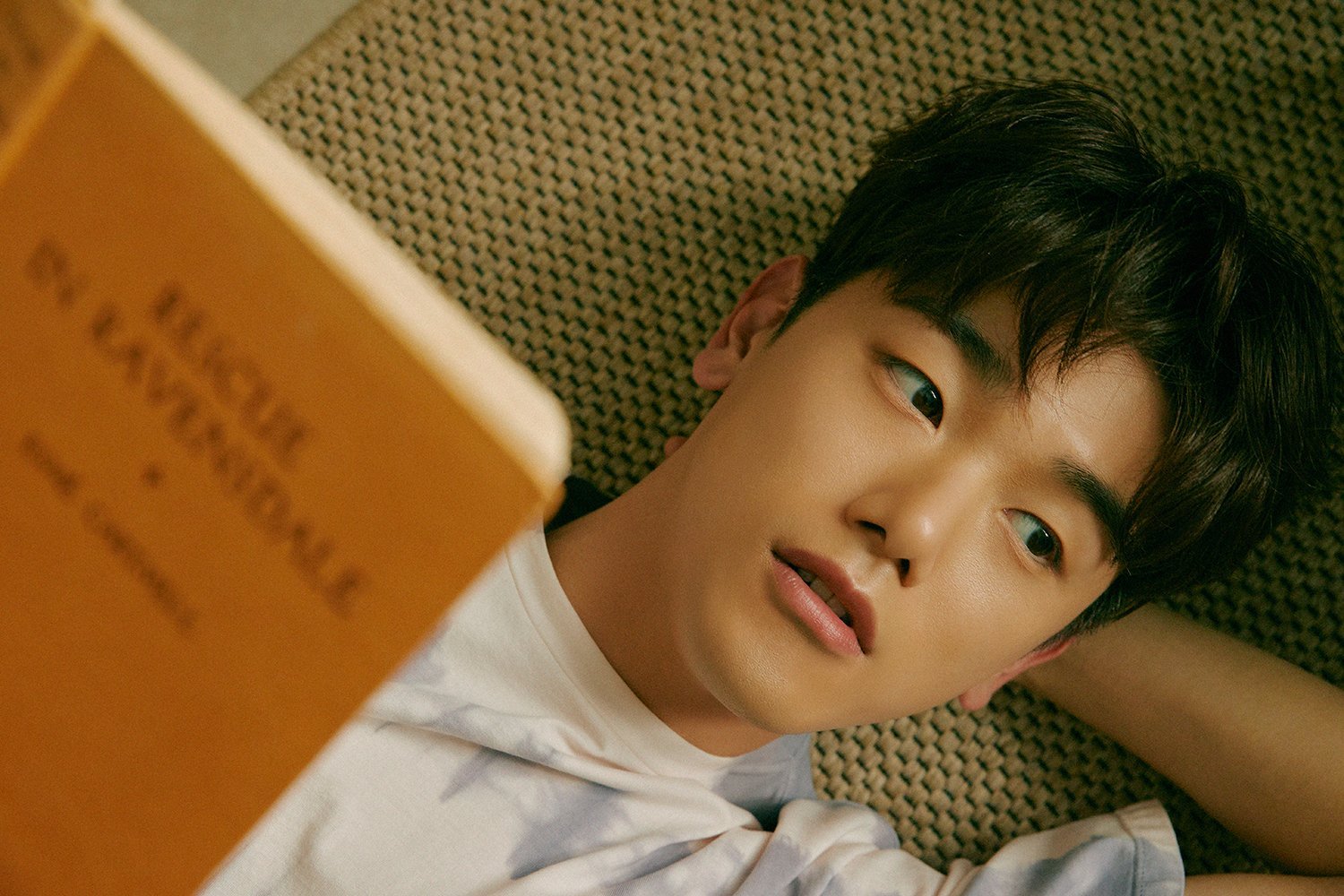 Born and raised in Atlanta, Georgia, and having forged a career as a singer and entertainer in Korea, Eric explains that no matter what you do you’ll always be seen as the “other.” He says, “In Korea, people see me as American, and in America people see me as Korean, often forgetting that I’m Asian-American. I’ve dealt with it all my life– I don’t think it will go away any time soon. So it’s just a case of understanding that people are the way they are– they like structure. Once you see past titles, and we have more Asians and Asian-Americans in the public eye, then race will no longer be an issue. It’s no longer the ‘Asian dude who does this.'”

The change has begun and visibility is increasing, but Eric believes that it will take more time for things to truly evolve and grow from where they are now, “We’re probably like 15-20 years away at the rate we’re going. I’d love for it to be 3-5 and there’s no reason it can’t be now. It’s about existing people in the power structure where they don’t feel comfortable taking risks, I’d like to challenge and say if you’re able to take the risk and make it work– then, you hold the key to change and you can set the standard. BTS became so good that the world could no longer ignore them, we’ll have to keep challenging to make sure that more people achieve this and that we’re taken note of. “

He recalls the most memorable moments of his career saying, “I miss seeing people, performing, and just being on stage. I think it’s the craziest thing– people will come to my show and pay money to watch me sing. Every time I’m on stage and I see all these people, I have a pinch-me moment,” he continues, “I’m at the point in my career where a lot of people grew up listening to my music when they were kids, so they’ll tell me how they practice my song, and it makes me smile because it reminds me of when I was younger. It makes me take a step back and realize that my music really did impact people. It’s definitely a full circle moment and very fulfilling.”

Eric has had a life where he has managed to savor one-of-a-kind experiences, and that’s clearly his goal for the future as well. “I feel like I’ve done so much in my lifetime, not all of them are huge and grand but I just appreciate everything I’ve been able to do.”

He continues, “I’m looking to do things that are different– whether it’s collaborations, a new concept or genre of music. I’m open to trying anything. One thing I’m hoping to do more of is collaborations in Korea, but also international markets like India – I’m actually working with some Indian artists right now, and in the US as well.”

But amidst the life and career he describes as a rollercoaster with incredible highs and extreme lows, Eric has now paused to enjoy the mundane. He says, “I’m taking it one day at a time. If anything, I’ll be spending a lot of time with family. I haven’t been home in the States for Thanksgiving or Christmas in about 10 years, so going home to spend time with them. In my free time, I’ll have a drink with a friend, have a nice meal, and catch up with friends. I appreciate the people around me so much and even these mundane moments allow me to be thankful for everything.”

Of course, there’s still a lot more to Eric Nam’s story than everything we know– insecurities and struggles he has yet to process but hopes to share with the world someday in order to de-stigmatize and normalize them. But for now, he’s content to live in the imperfect but contented paradise he has built for himself.

His latest EP The Other Side is now available on all streaming platforms.