Singer-songwriter, Justine Skye, who rose to fame on Tumblr is now calling all the shots in her career. Born in Brooklyn, Justine was initially introduced to the entertainment business through her mom who works as an entertainment attorney. “As much as I would like to say it did inspire me, I don’t know if it did,” Justine says. “In the beginning, when I would say that I want to be an artist, a singer, an entertainer, my mom would just say no. A lot of parents who are in the industry advise against their kids being in the industry because they just know how cutthroat it is. It kind of really started to happen for me on my own with me taking the reins by using social media as a form of generating a fanbase.”

When she was in 9th grade, one of Justine’s friends was on Tumblr, a popular blogging and social network website. When Justine saw her friend on the site, she began to get curious and ended up making a bet with her friend that she could gain more followers than her. What she didn’t expect was how much she liked the website, which gives you creative control and the ability to create a space that’s all yours. Justine began to express herself through pictures, words, and music.

“I always wanted to be a successful artist from the day I realized that I could actually sing,” Justine explains. “When I was on Tumblr, I didn’t really have like any specific goal, per se, about getting a record deal. I was just doing it because that’s what I loved and it was a way for me to just express myself, which is what I did on Tumblr.”

In a way, it was Justine stepping away from the norm and rebelling. “Being a Black girl from Brooklyn, it was me experimenting and figuring out who I am,” she says. 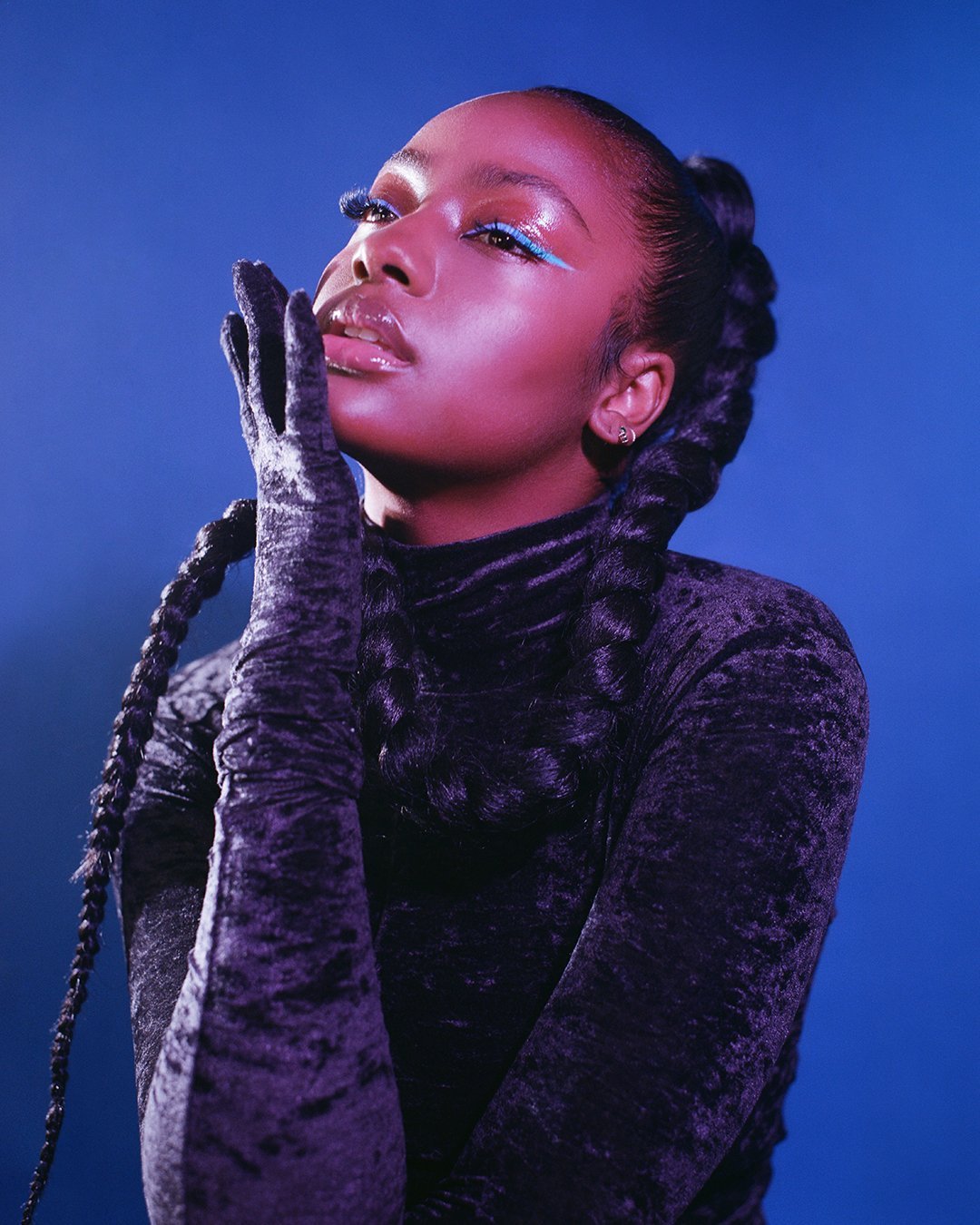 Her career catapulted from there with record deals and friends in high places. In 2013 and 2015, she released two EPs titled Everyday Living and Emotionally Unavailable, both of which hit the R&B and Hip Hop charts. And then in 2018, after releasing her debut album, Ultraviolet, Justine split ways with her record label.

“In the beginning, it wasn’t scary because I was still just that kid that was on Tumblr,” she reflects. “I guess I would say it began to get scary just as time progressed and I started to realize I’m actually a real artist like I’m in this industry, people know who I am, I’m having sessions, I’m doing this and that. It wasn’t until last year that I broke out of this fear of being myself. I just fell into the system of being a recording artist and letting everybody else tell my story and not actually speaking up for myself. So from being just a girl who’s carefree and figuring out who she was and being creative to then being like in the system of a record label, where they’re telling you who you are.

“And that’s not how it is all the time, you know, but for me, that’s kind of how it went,” she continues. “I can’t blame them fully for everything because I didn’t know what my sound was either. Honestly, I wouldn’t have it any other way because it’s brought me to the point that I am at today. I’m beyond happy with the woman that I’m becoming, and the sound that I finally found and the places that it’s brought me.”

In 2019, the New York-based singer introduced her independent record label called Nynetineth as well as released her EP, Bare With Me. It was her first release as an independent artist, which she was really proud of as she had full control of the direction that she wanted it to go sonically. It was also received well, gaining more streams and traction than the music she’d released prior.

“Being signed to two labels and seeing how the system works, I’ve seen how it goes,” Justine says. “I’ve also seen a lot of other independent artists become very successful by just sticking it out. It’s not pretty all the time. It is a lot of hard work because you don’t have a massive machine behind you, but it’s not impossible, and honestly like once you get to reap the benefits, it makes you ten times happier. So, after just seeing that I wasn’t where I wanted to be when I was with the label, I was like what do I have to lose? I got this on my own. It’s honestly turned out for the better because if I was with the label I don’t think I’d be doing half the shit I’m doing.” 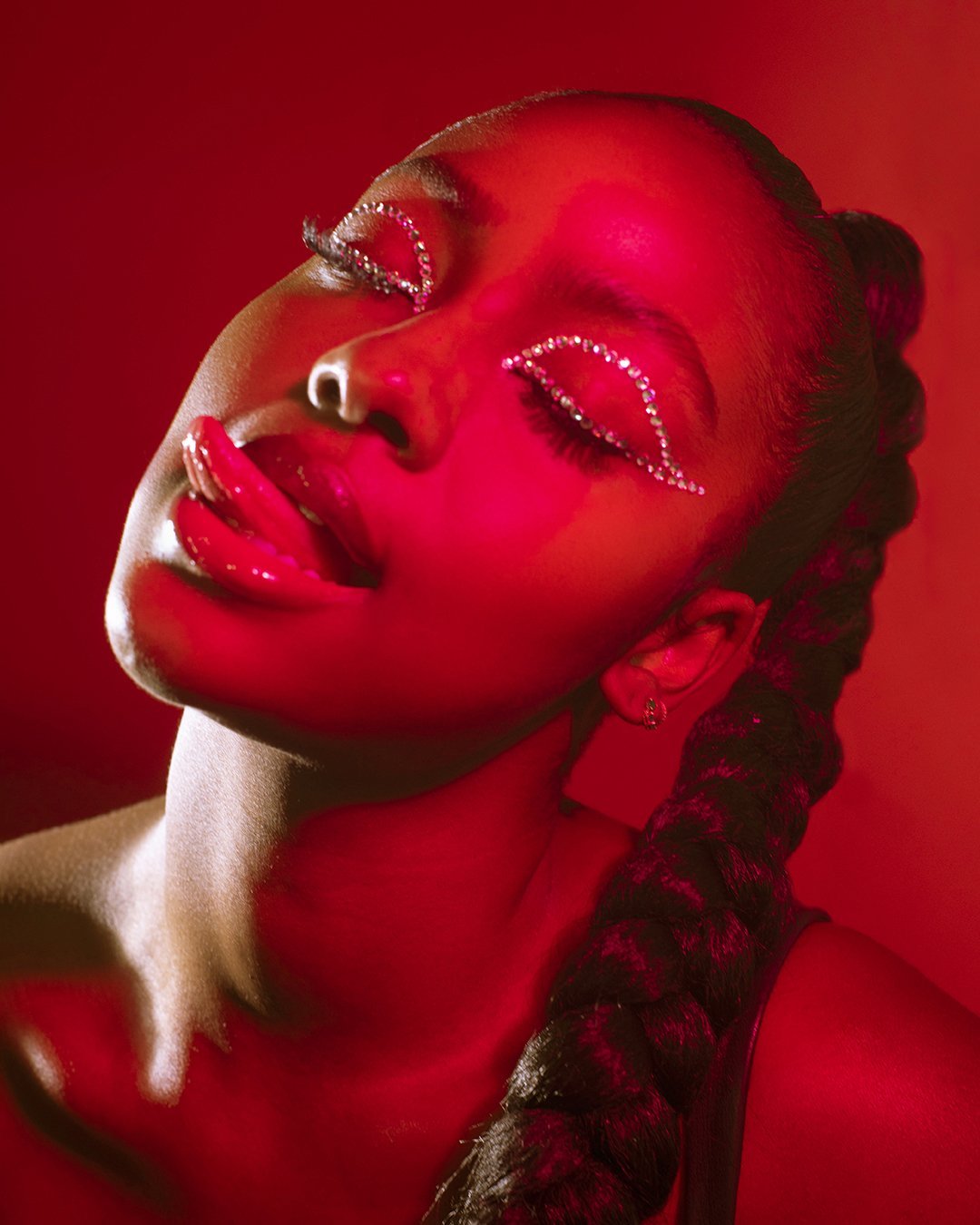 It’s with all that in mind that Justine perseveres and continues to fight for the music she wants to make. “Something that I carry with me today is the feeling that I felt when I didn’t have a voice,” she says. “So I always have that as a memory, like I don’t ever want to feel like that again. Sometimes I’m a little bit aggressive in my approach to giving people answers but it’s because I don’t want to feel like I’m losing control.”

This past summer, she concluded the Bare With Me chapter by repackaging it, adding new songs, and releasing it as an album titled Bare With Me (The Album). “The EP was the start of emotion and The Album was the closure. I needed to add those songs to end that chapter and enter a new space for the next project.”

Working on that project allowed Justine to be more vulnerable with her lyrics and approach. One of the songs that she is proud of is titled “Million Days,” which is a song that she mostly wrote. It was the first time in a long time that she put her raw emotion into art. “I feel like recently in the past year I have been more vulnerable when it comes to my songwriting, especially with my team now,” she admits. “It’s because they know me very well, they also helped me with the writing and I guess I was just scared. I felt like maybe nobody cared to know my personal story. I didn’t think that my life was interesting enough for songs. I didn’t know how to express how I’m feeling. There as a lot of doubt which I had to overcome, and now this new music sounds phenomenal.”

In August, she put out a quarantine music video for her single off of the album called “Too High.” It was shot entirely with a drone and took only two takes. Set in the deserted California mountains, Justine is seen singing and dancing along to the track that’s about a heartbroken girl who has left a party after drinking as she runs through all the emotions from a past relationship. “I won’t ask you to stay / No / The fact is that I’ve been all alone / Oh, I can’t see you with nothing / And my heart is so cold / But right now I’m so tired of dancin’ / All these things I’m fakin’ for you.” The music video was directed by Alex “Grizz Lee” Loucas and shot by Carlos Mason with a simple set up that showcases Justine’s vocals and emotions through the heavy lyrics.

At the moment, Justine is gearing up for the release of her next project, which she collaborated on entirely with Timbaland. “Through the course of my quarantine, I’ve had the opportunity to team up with Timbaland, the iconic, which has always been a dream of mine,” Justine shares. “It started on Instagram where we did sessions with snippets of songs. He would send me an original beat and I would write to it. And so after doing ten sessions, I was dying to get into the studio with him. I flew out to Miami and we worked for 12 days straight and we got an album down.”

While the project release date hasn’t been announced, Justine’s been keeping busy doing multiple other projects from acting, fashion, and even make-up. However, her main priority will always be music. She explains, “I’m always going to be an artist and a singer. I look at myself as a renaissance woman so whatever it is I put my mind to I’ll be able to execute. Acting is something that I am fully interested in, but for me, I feel like I need to focus and master one thing at a time.”

One thing that does go hand in hand with her music is fashion. The singer explains, “I think fashion and music are parallels. Fashion is music for your eyes and I like to keep the two very cohesive. Like for my new project, I’m about to enter into a whole new aesthetic which I’m really excited to show.” 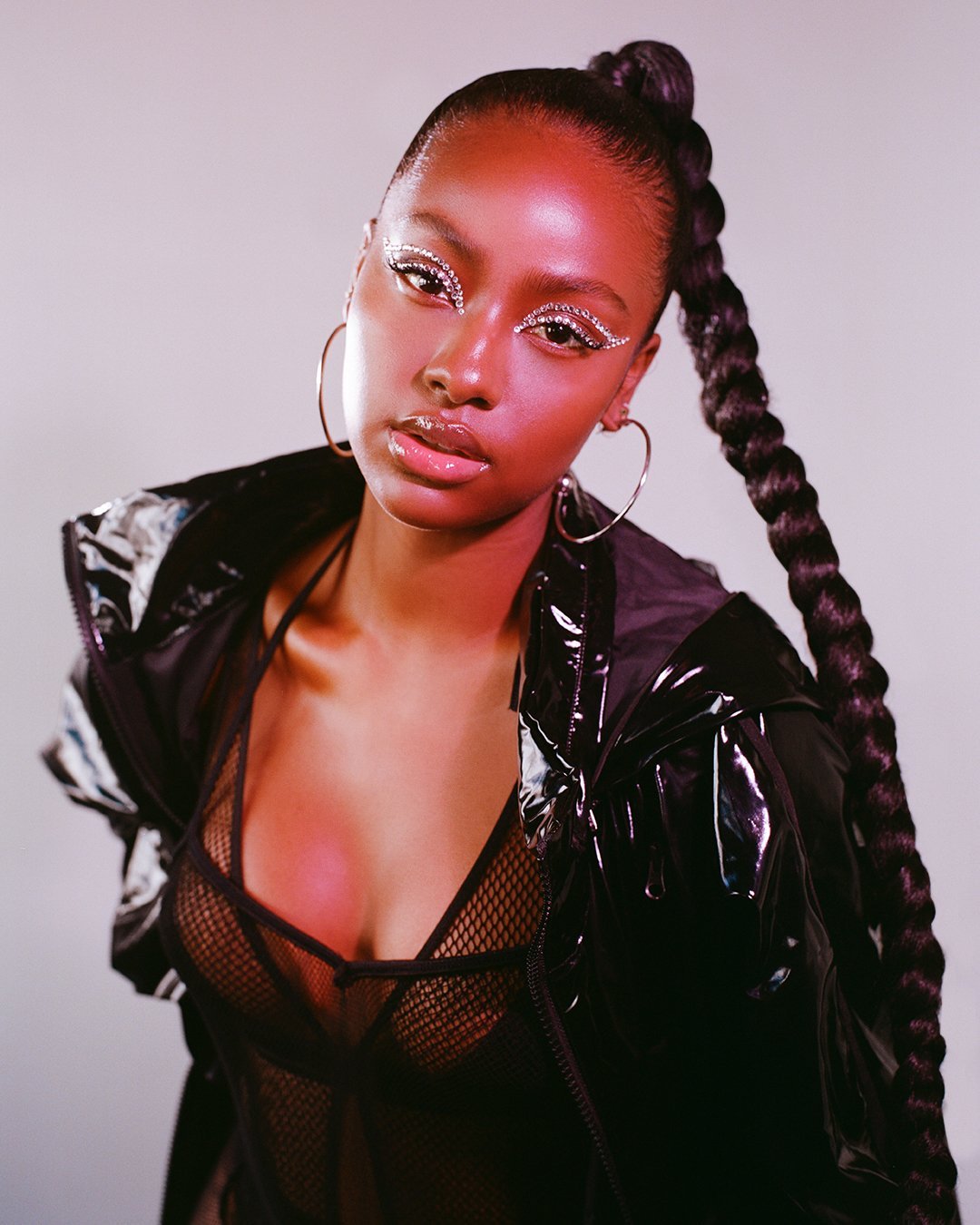