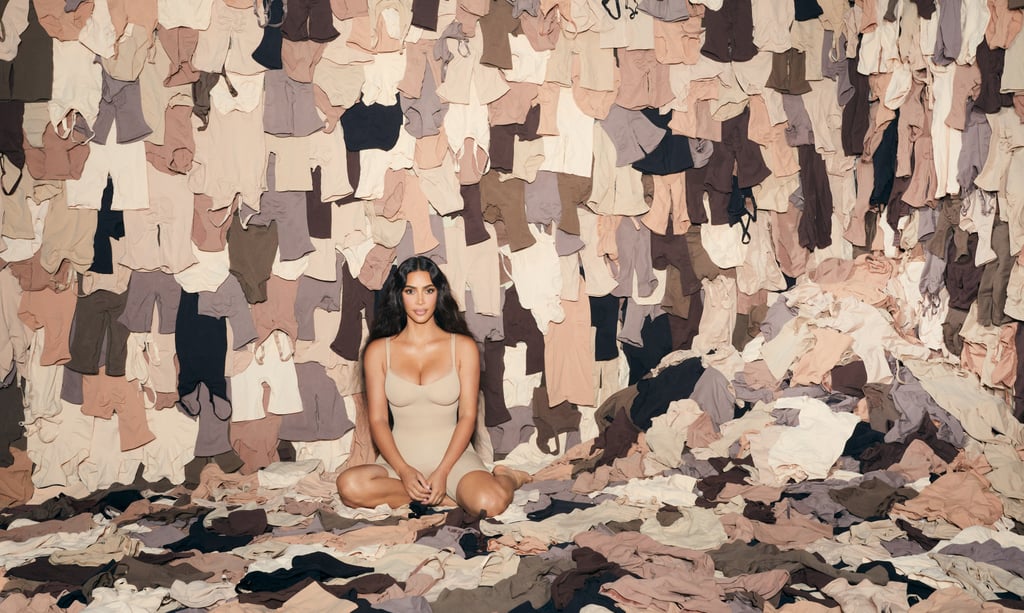 SKIMS is shaping up to be one of the most influential garment companies of the 2020s. The brand is set to celebrate one year since its launch on September 10th, marking a full 365 days of celebrating inclusion, body confidence, and diversity. Pioneered by business mogul Kim Kardashian West, the icon aims to commemorate such a milestone by paying homage to customers and influencers alike in a visual campaign striking billboards of Los Angeles and New York City by storm.

Aside from KKW herself and a select few lucky SKIMS shoppers, the campaign features a slew of today’s hottest names in media and fashion including Addison Rae, Rumer Willis, and La La Anthony. The models all posed against various backdrops boasting the extensive shapewear collection. Precious Lee sat like royalty upon a vintage convertible wrapped in boyshorts; all the same, Madison Chertow positioned herself proudly against a wall of a thousand SKIMS.

The anniversary offers a refreshing take on fashion–one that elects to celebrate all body types of every color. The company asserts that “SKIMS is for everyone,” and carefully curates its campaigns to reflect the diversity of its consumers. “The customers are our inspiration for developing new ideas and collections and there is so much more to come,” West explains. “I can’t wait to share it all and continue to grow our amazing community.”

Shoppers worldwide will be able to celebrate alongside KKW as she makes a special anniversary collection available on September 10th. Featuring all-new solutionwear styles and the much-anticipated launch of a “marble” (white) color story, SKIMS is expected to soar to new heights as it begins its second year. During the company’s initial record-breaking 2019 release, West took to making over $2 million in pure sales within minutes of the website going live. Given the trajectory the brand has seen thus far, it’s clear that SKIMS is seeing just the beginning of its successful reign in shapewear.