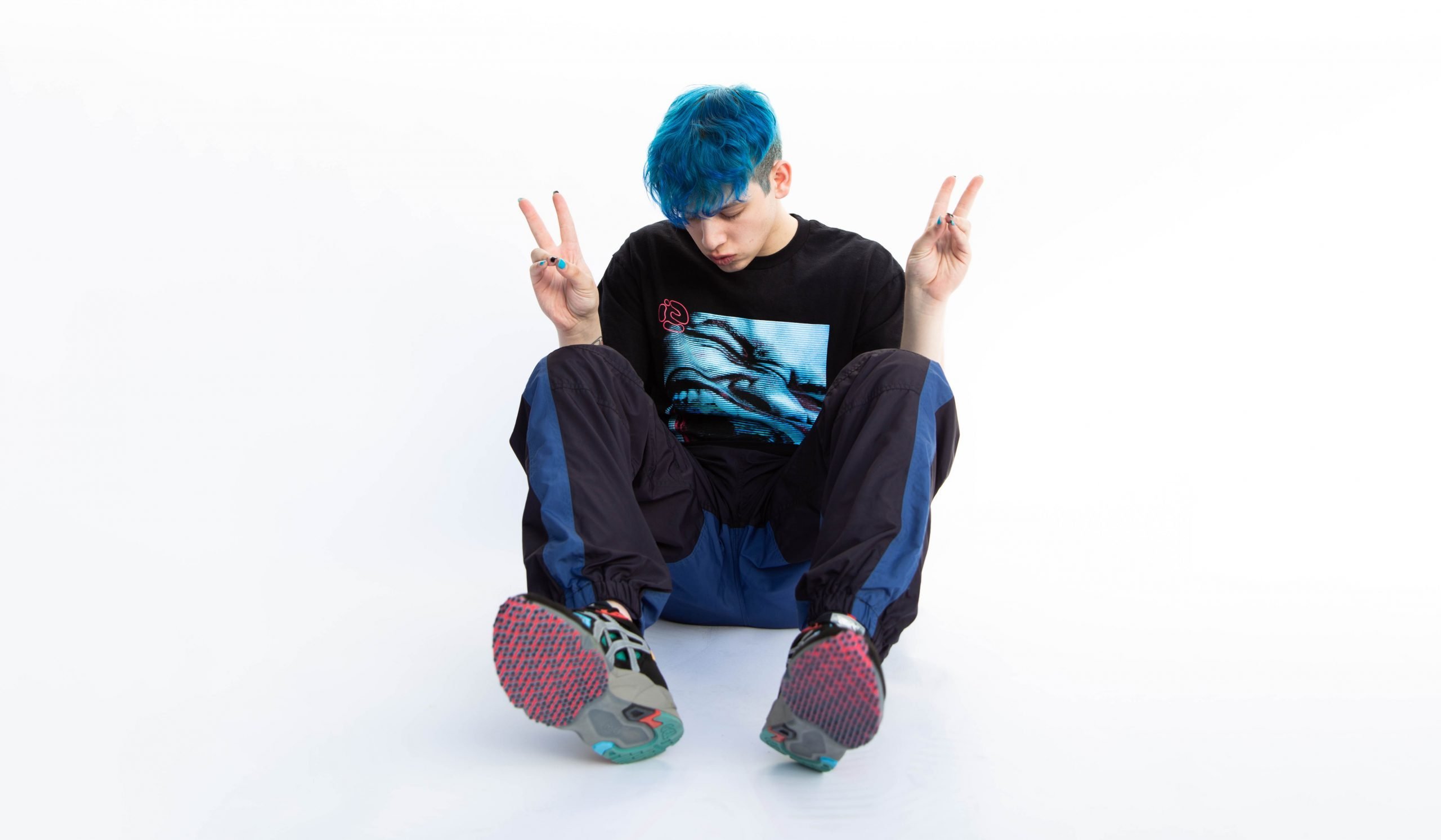 Learning piano by ear at just the age of four, Geno Gitas was 14 when he started to produce his own music. Gitas who along with his unique music, now also known for his signature blue hair, has emerged as an upcoming pop-R&B music artist in the industry, currently garnering more than 220,000 active monthly Spotify listeners and around 1.3 million views on his YouTube channel.

After trying out his career as an emo-rap artist, he released his first pop-R&B single, “Ugly.” Gitas, who goes professionally by the name lilspirit is set to release an iconic music video for his new track “Alien” from his debut album “american spirit.”

Speaking to EUPHORIA., lilspirit talks about the process behind his debut album and gives us insights about his journey as a professional artist.

Thanks for joining us! For the people who are yet to be introduced to your music, how would you describe yourself?
Hi! I’m lilspirit. I sing, play piano, produce, and dabble in just about everything music-related. I make dark, melodic pop and r&b music, and I love the color blue. I think my hair makes that pretty obvious!

How would you describe your sound in your own terms?
As I mentioned, I describe my sound as melodic dark pop and r&b. Sometimes it even dips its toes in the “emo” genre.

Did you ever plan out to do something before entering the music industry or was being a professional musician always your first passion?
Honestly, no. I really never had plans other than being a musician. I didn’t always know it would be singing, but I definitely knew music was going to be the main aspect of my life and career.

Tell us about the idea behind “Alien”?
The song came from an idea of an old girlfriend I had who just had such different opinions and outlooks than me, it was almost as if she was an alien to me. Nothing I said seemed to make sense to her like we didn’t speak the same language (even though we did).

What was the creative process like with the album? Did you face any challenges during the making of the album?
The project was made so quick it’s almost a blur. I was just making music every single day for six to twelve hours, and that took place for months. Before I knew it I had a 14 song project on my hands.

Did your initial visualization of the track match up with the final outcome?
Music is almost never like this for me. Even if I do hear something in my head, I tend to stay away from pre-planned songs and much rather making music spontaneously.

If you could go back in time and give yourself any advice five years ago, what would you say?
I would tell myself not to change a thing. Who knows what my future would be if I altered the past. I could be at some university right now swimming in calculus homework.

How are you managing to stay creative during this pandemic?
There’s always gonna be days where creativity isn’t at its peak, pandemic or not. I just try not to really think about it. I attempt to make music every day without doubt. Whether or not what I make is going to be a gem, depends on creativity for that day. I think it’s important to always push through it and keep going.

Lastly, I would like to ask you if there’s anything that you wish to say to your fans from all around the world?
I’m so grateful for my fans. Truly I am. Without fans, there is no spirit. I feel really connected to my fans and I feel like they really know the truest form of me. Shout out to the fans ❤.