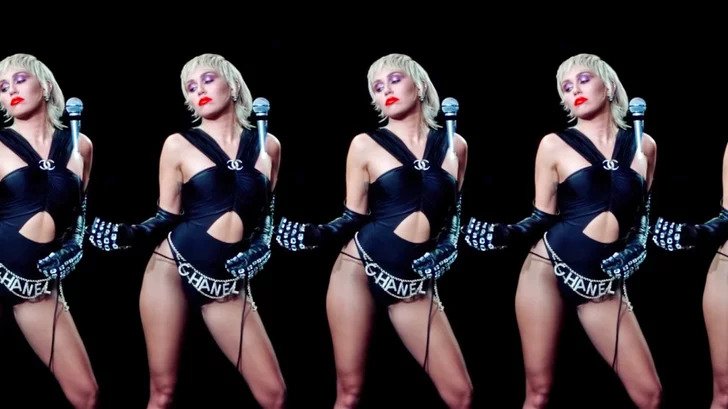 Miley Cyrus is back with a banger! “Midnight Sky” sees the popstar reinvent her sound once more, infusing slick rock-pop with the current disco trends. Even though it’s arrived at the tail end of summer, rest assured that this still deserves to be a top contender for 2020’s biggest hits.

It’s no surprise that Miley loves to change things up and challenge herself with every new music release. “Midnight Sky” showcases the current path forward for her, and one she will undoubtedly walk with success. Co-written with hitmakers Andrew Watt and Ali Tamposi, it’s no surprise the song features an incredibly catchy hook with lyrics to match. Aided by Cyrus’ gritty vocals, the song captures a sense of liberation that comes with finding true independence: “The midnight sky is the road I’m taking’, head high up in the clouds / I was born to run, I don’t belong to anyone, oh no / I don’t need to be loved by you”.

As a woman in the music industry, who’s grown up in front of the cameras – Cyrus is no stranger to judgment and seeing her life torn apart and retold through someone else’s voice. Taking inspiration from fearless women who always did things their own way – whether it’s her godmother Dolly Parton, or icons like Joan Jett and Debbie Harry – the song and video are all about Cyrus taking back her narrative.

In charge and unapologetic, the video seems to draw on the various musical and aesthetic eras Cyrus has delivered so far. Most of all, it shows Cyrus as the diverse chameleon that she is, but always confident, strong, and honest. She’s never shied away from change, experimentation and pushing the boundaries. The video, which was directed by Cyrus herself, shows that once again as she combines colorful, psychedelic images with disco-infused sexiness.

Funnily enough, while some may argue that “Midnight Sky” is yet another part of Cyrus’ artistic evolution – the song fits her like a glove and won’t come as a surprise to her long-time fans. Because the one thing that’s never changed about Cyrus is her free spirit. She’s never been afraid to be herself so publicly and openly, despite being challenged and mocked for it – it’s never made her shy away from being who she is. Even though who she is right now, isn’t the same person as she was two years ago, or will be two years from now. But aren’t we all ever-evolving, anyways?

Perhaps it’s the fact she’s fully accepted her own humanity that makes her so elusive to some. She’s comfortable in expressing and exploring her identity and refuses to be frozen in time as the teenager who took over the world at least a decade ago. Because she doesn’t belong to anyone but herself, and it’s time the world caught up with that reality.

So while Cyrus pledges “forever and ever, no more” in the track, there’s one thing we hope remains constant – her fearless authenticity.