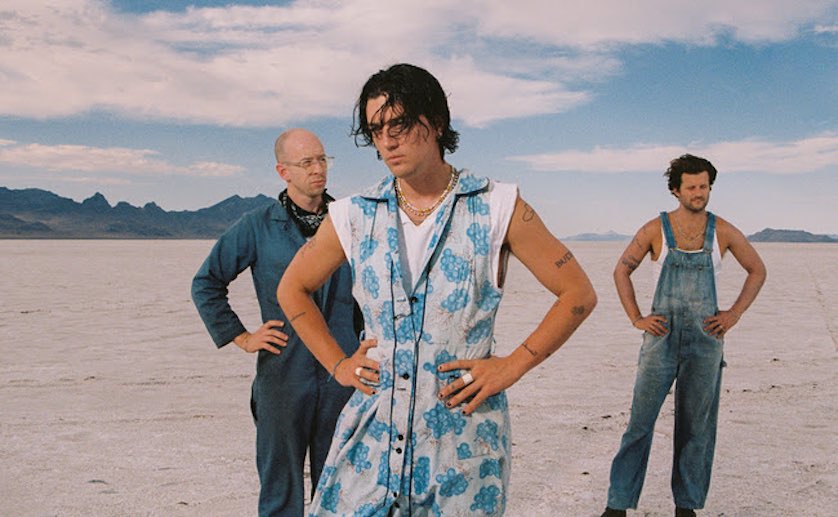 No one does a love song better than LANY.

It’s kind of their specialty. Their musical bread and butter, if you will. But somehow after two LPs and countless singles, the subject never seems to run dry for them. Every song offers something new, hits you in the feels in a different way than the last. And their new single “You!” is no different.

“You!” opens with some ambient synths that fade in to set the romanticized tone for the track. Within seconds, these synths explode into a groovy guitar line. The musical composition is thoughtful–it feels nostalgic and dreamy, as each instrument flows effortlessly into the others. The verses are quiet and introspective, leaving room for an explosive chorus to build. The chorus is a romantic reflection on a love interest, whom he finds it impossible to imagine his life without. “You’re the sun to the moon, you’re my ocean painted blue, you, I’m nothing without you.” Lyrically, it’s simple, but that’s what makes it so listenable. The love he’s describing is relatable, it’s idealistic, which is why it’s so easy to empathize with the story he’s telling. “You!” is the type of song that would play in a coming of age film, during a montage scene about the main character’s first love. The kind of love that’s so innocent and pure that you want to see it last forever.

When the bridge of the song comes around, the waves of dreamy synths come washing over the track again, bringing a moment of peacefulness back, before the chorus explodes again. You can feel the energy building, and there’s no more satisfying moment in this song than when the chorus hits for a final time. Accompanied this time by a chorus of voices, the final drop of the refrain is truly anthemic. Throughout the entire song, they repeat the line “I’m nothing without you,” over and over. After chanting it one final time, the song closes with a return to the airy, distant synths, before fading out entirely.

“You!” is some of LANY’s best work. Their ability to take simplistic lyrics and translate them into a musical feeling for their listener is uncanny. The song serves as the third single from their upcoming album mama’s boy, out October 2nd. If this track is just a taste of the caliber of songwriting that will be featured on the new album, fans better buckle up because the best from LANY is yet to come.