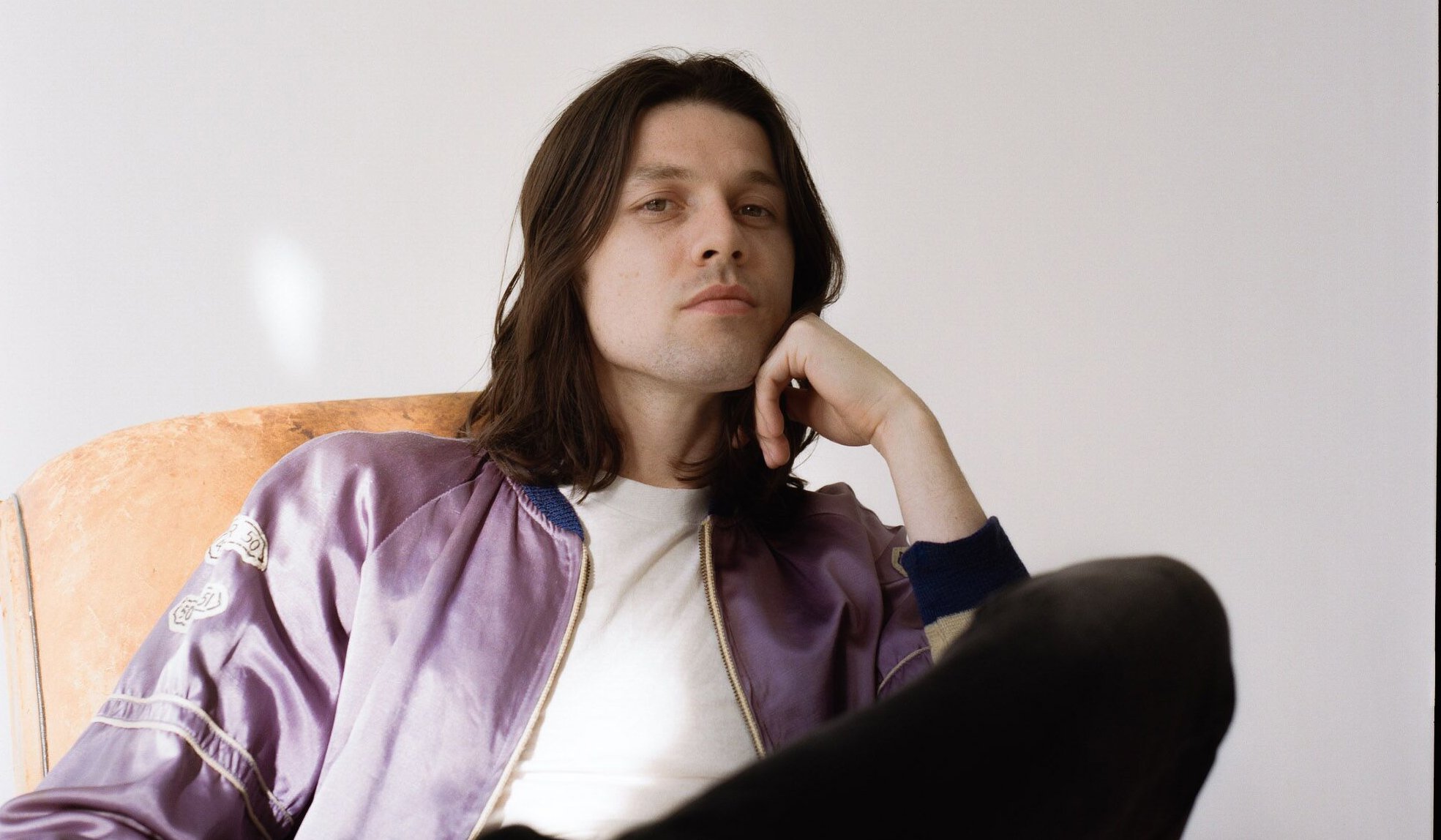 In Apple Music’s latest At Home With session, James Bay beautifully covers two songs by two of his favorite bands — “Don’t Look Back in Anger” by Oasis and “Trouble” by Coldplay. He considers these choices a bit of a change-up from his usual cover choices, but he’s taken these songs from artists he considers to be “great modern songwriters” and made them his own, which you can listen to exclusively on Apple Music.

In the spirit of bringing music straight from artists to fans, Apple Music created its At Home With series to allow musicians the chance to create stripped-down versions of any song that speaks to them — whether it’s a cover or one of their own. In a time where concerts can’t happen for safety reasons, this allows artists and fans to still connect in a new way while at home. Bay — who has been keeping in touch with his fans throughout COVID-19 lockdown via social media — was happy to join in Apple Music’s At Home With series and share something new. We spoke with Bay about the covers he chose, his latest single “Don’t Chew on My Heart,” and what it was like to sing in the presence of Noel Gallagher.

How did you decide on these two songs for the Apple Music At Home With Session?
They’re such classics. My favorite way to cover a song is to take something really well known and twist it just slightly, to give it my own spin. But I want to try and keep it recognizable as a classic as well. The two songs I’ve chosen for this session are outside my often more soulful or throwback cover choices — I love covering older songs from the ’50s/’60s/’70s. But I enjoyed this change.

The Apple Music At Home With sessions have been a mix of covers and stripped-down originals; is there a reason you went with two covers and not a song of your own?
It’s always nice to give people something they’ve never heard you do before. And I’m still just promoting the first single from my new album, which I’ve already played a lot (and Apple have already supported lots, thanks!) I haven’t decided how or when I’m going to reveal a second song from my new album yet, so I went with two covers for these sessions.

Both of these covers are SO good, and I know you previously did “Don’t Look Back in Anger” actually in front of Noel Gallagher — which went well! What was that experience like?
Ha! Thank you! It was quietly terrifying. There’s a bit of a silly rumor (or legend even) that Noel will either be lovely or quite disagreeable in conversation. We met at that radio show at 7 a.m., he and I were the only guests. (No one wants to be at work that early if they can help it…!) But we just started chatting over our first coffee of the day, all about studios, recording, and guitars and just got on well. That said, it didn’t make it any less terrifying when half an hour later I had to announce that I was playing *his* song in front of him, live on the most popular, listened-to breakfast radio show in the UK.

Can we expect to maybe hear these covers on tour when the time comes? They’re so good.
Thanks very much, glad you’re enjoying them. And yeah, I’ll probably throw them into the set now and again. If people want to hear them!

On the topic of covers, I see you’ve been sharing videos of fans covering “Chew on My Heart” lately. What’s it like to see so many people making their own versions of your songs?
It’s such an exciting moment for me to find out people are loving a song of mine so much that they want to post their own version. It’s inspiring to see other musicians’ takes on it. Some really beautiful renditions out there. Thanks, everyone!

You’ve been doing your live lessons on Instagram throughout COVID lockdown, so can I assume that doing this Apple Music At Home With session was a bit of a natural fit for you? Your style lends itself well to this stripped-down feel.
Yes, I suppose it was a pretty natural fit. I’ve always enjoyed going back to performing in a more stripped-down way, with less instruments. I love how it can reveal the core components of a song. I’ve really enjoyed doing that with my Live Lessons throughout lockdown — showing people what I’m doing on the guitar. And given some of my music, including “Chew On My Heart,” has quite a built-up production, it’s always fun to strip the track to its bare bones and really show off just the song.

You’ve kept busy during these last few months of lockdown, especially sharing your live lessons and doing other virtual performances, and I remember when “Chew on My Heart” came out, you said your next chapter would have a more positive spin. Can you tell us about anything you’ve been working on and what’s coming next?
“Chew On My Heart” is the first single ahead of my third album, which I’m hoping will come out later this year. So I’ve spent most of 2019 and 2020 behind the scenes (in between tours) working on album 3. At the end of March this year, I got home from Nashville where I’d been recording the album. Usually, I’d get home, take a break for a week and then dive straight into mixing the music I’d recorded. But two days after I got home, lockdown began and the world shut down in quite a big way. So I had this long period of time to myself, just listening back to the songs and what I’d recorded. Behind all the music, I’d discovered from the lyrics that I’d written songs in tribute to my 13-year-long relationship with my girlfriend. Typically I’m quite private about my home life, I’ve never opened up about it this much, or how important that relationship is to me. But on this album, I realized, actually *after* writing the songs, that that’s what I’ve done. I actually feel like these are the most positive songs I’ve ever written.