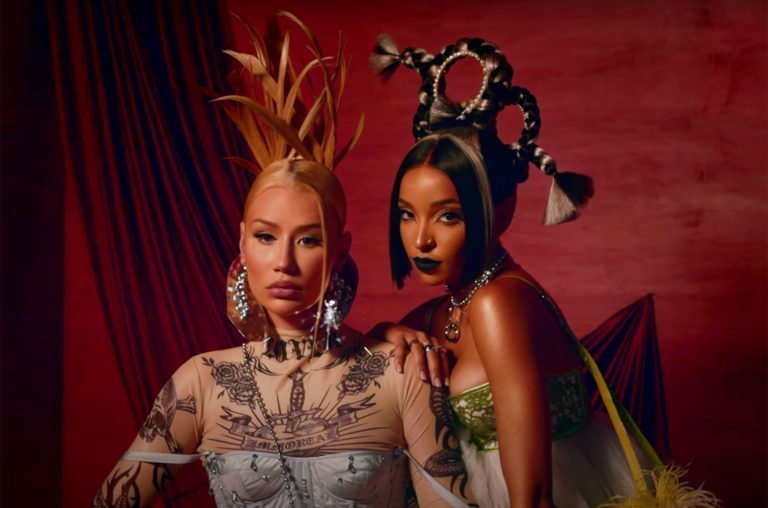 The amount of female-led collaborations released this year has steadily gotten more exciting and diverse, and “DLNW” is no exception. The track was teased a week before release, reminding fans that the artists first linked up on the remix of Tinashe’s “All Hands on Deck” back in 2015. Both women seem extremely excited about the project. The duo live-streamed together to answer fan questions and celebrate the new release.

Though the track’s release didn’t accompany an official music video, they did publish a fun lyric video showing behind the scenes footage of a photoshoot and news headlines surrounding them. Dressed to the nines in sculptured hair and formal dresses, Iggy and Tinashe pair the perfect, eye-catching visuals to match the mood of the carefree jam.

Both women have dealt with their fair share of criticism and have gone on a similar path by leaving major record labels, so the song feels like a declaration of their confidence despite it all. Like many of the female collaborations dropped this year, this song is another great example of women coming together and having complete agency over their lives, careers, and artistry.