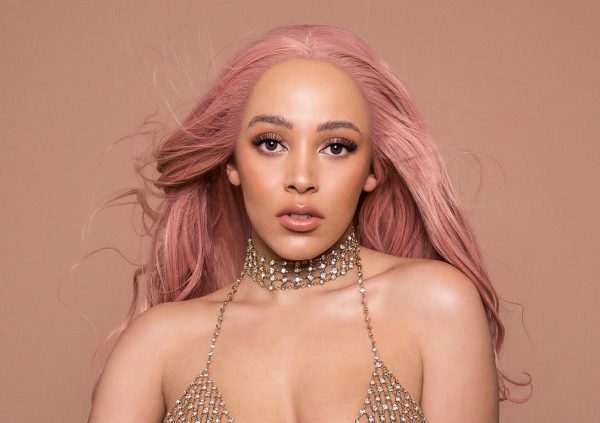 Following the unequivocal commercial success of “Say So” and “Like That (feat. Gucci Mane),” Doja Cat continues her hot streak with “Freak.” Originally released on alternative platforms in 2018, the doo-wop inspired track met recent viral success on social media having garnered over 1.2 million videos on TikTok to date. The starlet took to re-releasing the song on mainstream streaming services “to hold [fans] off” while she works on her newest surprises.

Notably, the song samples 1959’s iconic “Put Your Head on My Shoulder” by Paul Anka. Doja’s lyrical content in many ways contrasts the sweet, tender motif of the original hit by transforming the song into a sexy, provocative track pouring with lust. She makes her raunchy premise clear as she declares “You want a good girl that does bad things to you, you never been with no one as nasty as me.”

With Doja’s signature sweet vocals set against gritty rap verses akin to her previous hit singles, “Freak” solidifies the songstress’ unique musical style. Even so, it is truly her vibrant, quirky, and eccentric persona making the Hollywood spotlight turn in her direction. She’s as colorful as Katy Perry, dynamic like Nicki Minaj, and still manages to put her own spin on the modern music era. “Freak” holds all of the same elements that made “Say So” a worldwide phenomenon, and we’re sure to see more of this perfectly executed musical genius in Doja’s aforementioned “surprise” projects to come.