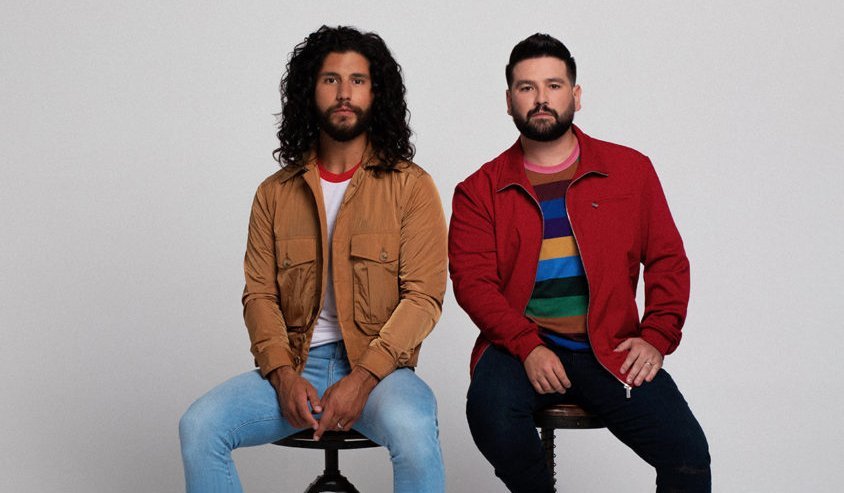 Dan + Shay – I Should Probably Go To Bed

Dan + Shay have revealed their new single “I Should Probably Go To Bed” after several days of anticipation and teasing fans. The track takes more of a pop/R&B direction and has the duo singing about the fallout of a relationship. Considering both Dan Smyers and Shay Mooney are happily married, they had to dig deep into their feelings.

“I Should Probably Go To Bed” is more top-40 mainstream sounding but offers plenty for those missing their country roots. It was written earlier this year by Smyers and Mooney along with Jason Evigan and Sean Douglas. Smyers played every instrument on the song and produced it himself.

The accompanying music video is nothing short from a cinematic masterpiece. It features a surrealist point of view with gravity-defying moments bringing the plot of the song to life. The concept of the video was stunningly put-together down to the color scheme during a time where a lot of people feel that getting up these days is rather difficult and would want to stay in bed instead. One thing is for sure, Mooney and Smyers aren’t afraid of being vulnerable in their songwriting and this clearly proves that. They have another hit on their hands if the cards are played right.

It’s unclear if “I Should Probably Go To Bed” will be featured on the new record but this should tide fans over until a release date is announced. The new single follows their October 2019 smash no. 1 hit “10,000 Hours” with Justin Bieber. It broke records by becoming the biggest first-week streaming debut in country music history. It attained one million U.S. streams and acquired more than one billion global streams. This lead to “10,000 Hours” hitting the top 5 of Billboard’s Hot 100 chart.