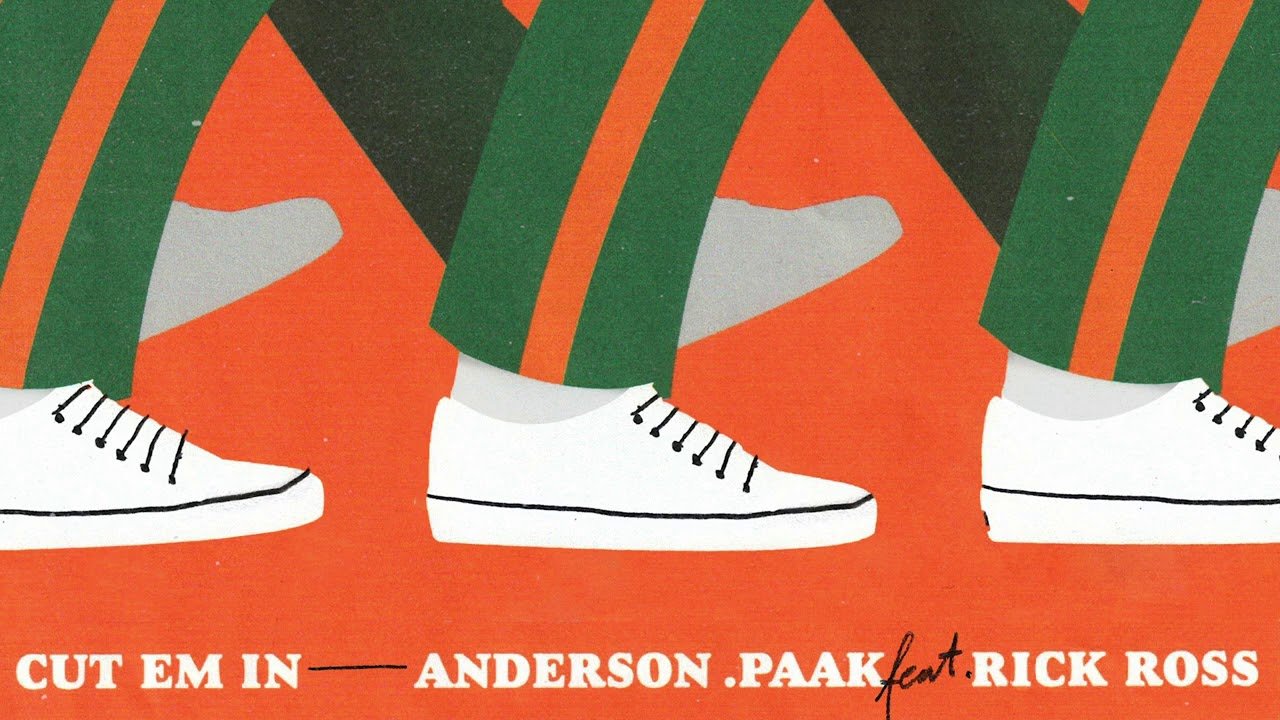 Coming off perhaps the most poignant song and visual to come out of the George Floyd spurred anti-police murder protests for his single “Lockdown,” Anderson .Paak has dropped an absolute heater in “Cut Em In,” featuring Rick Ross. The instrumental produced by HIT-BOY is of the most stank face inducing of the year. The raspy yet driving vocals from .Paak, and velvety-deep yet aggressive vocals from Ross against each other truly complete the composition.

The looping guitar transitioning in and out of the same pattern by keys underscored by a pulsing drum kit creates a sort of rock, funk, hip-hop fusion that is so signature to .Paak. HIT-BOY seems to embody the genius level of classic Pharrell production, with his chameleon-like adaptability while keeping his inherent energy to deliver an arrangement that highlights .Paak at his best.

.Paak sings in the first verse, with his quintessential funk delivery, about the two types of people you need in your life to better yourself, friends, and foes. He qualifies friends as those who “wanna see you win” and foes as those who “keep you on your toes.” Without an equal dose of both being prevalent in your life, you can exist off balance. .Paak then juxtaposes another two opposing necessities in “a check” and “the faith.” The first is defined as “the one that makes you watch your step,” and the second as the “need to wait.” The two ideas battle each other positively as the check will make you re-adjust in the moment, while the other will require you to take a step back and gain patience. If you don’t instill each idea evenly and at the right time, too much of one creates instability. .Paak explores a human dissection of yin and yang that is so needed in this time of uncertainty.

Ross has a slightly more concise life philosophy defined by his perspective of self-fulfillment. He raps to end his verse, “six figures every year, yeah I earned that, at the front of this line is where my turn at.” Ross is going to take what’s his and what revel in his wealth, which is his own inner peace. Jumping back to his first line, you hear why this is what he feels he needs to become zen as he raps, “grew up havin’ nothin’, you labeled impatient, but once the boss made it, you labeled amazin.”

After a beat drops out, .Paak comes back in with a quicker rap flow and a new idea. He raps, “Lookin’ for the root of all evil, then you need to go. Open up the briefcase, see it with your eyes. Everybody claim to be the greatest of all time. But they never spend a day in the rain in the front line.” .Paak implies money unearned, but received without any struggle, is what produces what is most wrong with the world. People who claim to be elite, but never had to endure poverty, live through tunnel-visioned greed.