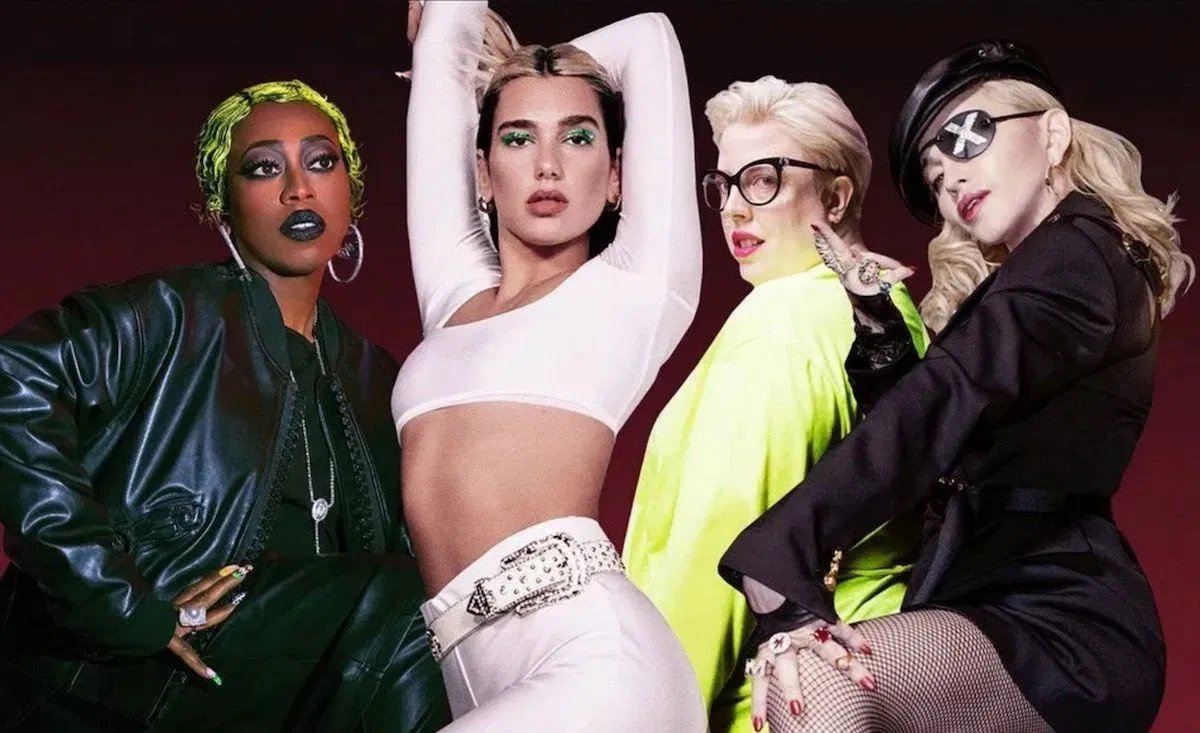 One good thing that happened in 2020 was the release of Dua Lipa’s sophomore album, Future Nostalgia. As the most listened to female artist in the world on Spotify, you already know it’s packed with high-energy bangers, including “Don’t Start Now,” “Break My Heart,” and “Physical.” And just a few of you took her advice to “don’t show up, don’t come out” during the pandemic, and stayed home to live vicariously through close contact dance parties in her music videos.

She’s already given us so much, and yet Lipa continues to work around the clock to keep us entertained. Case in point, we still had her latest single “Hallucinate” on repeat when she announced her upcoming Club Future Nostalgia: The Remix Album with The Blessed Madonna, featuring collabs with some of the most talented artists in the biz. Or as Lipa put it, “remixed by ur faves.”

Our first taste of remix magic was “Levitating (The Blessed Madonna Remix),” featuring Madonna and Missy Elliott. As you turn up the pumping track, get ready to fly away to another galaxy where “the music don’t stop for life.” The single reunites Madonna and Missy, who joined forces in 2003 for a Gap campaign and promotional CD containing “Into the Hollywood Groove,” a collab also included on Madonna’s Remixed and Revisited album.

Keeping with the theme, Lipa visits another galaxy “forty thousand million light-years away” for a “close encounter” with Jamiroquai, resulting in the fusion of “Break My Heart” and 1996’s futuristic “Cosmic Girl,” courtesy of Dimitri from Paris. It’s a psychedelic and funky take on “Break My Heart” you didn’t know you needed.

Another highlight is Mark Ronson’s remix of high-energy workout jam “Physical.” The entire track is taken down a notch, and by slowing down the tempo, Ronson “created something phenomenal, don’t you agree?” Gwen Stefani is the perfect choice to be featured alongside Lipa, and the pop icons trade verses before elevating the song to empowerment anthem status, as they cry out “I know you got my back and you know I got you.”

Lastly, put on your dancing shoes and get ready to fall in love (again) with the synth-infused Horse Meat Disco remix of “Love Again.” The memorable hook from White Town’s “Your Woman” has been lifted in favor of Yamaha DX7 vibes. If you weren’t already dancing around your house, you are now.

Following the album’s release, Lipa praised everyone who took part in the project and made it possible. “Our little quarantine dream, a once in a lifetime opportunity in the midst of this crazy time in our lives. We hope this brings the dance floor to you!”