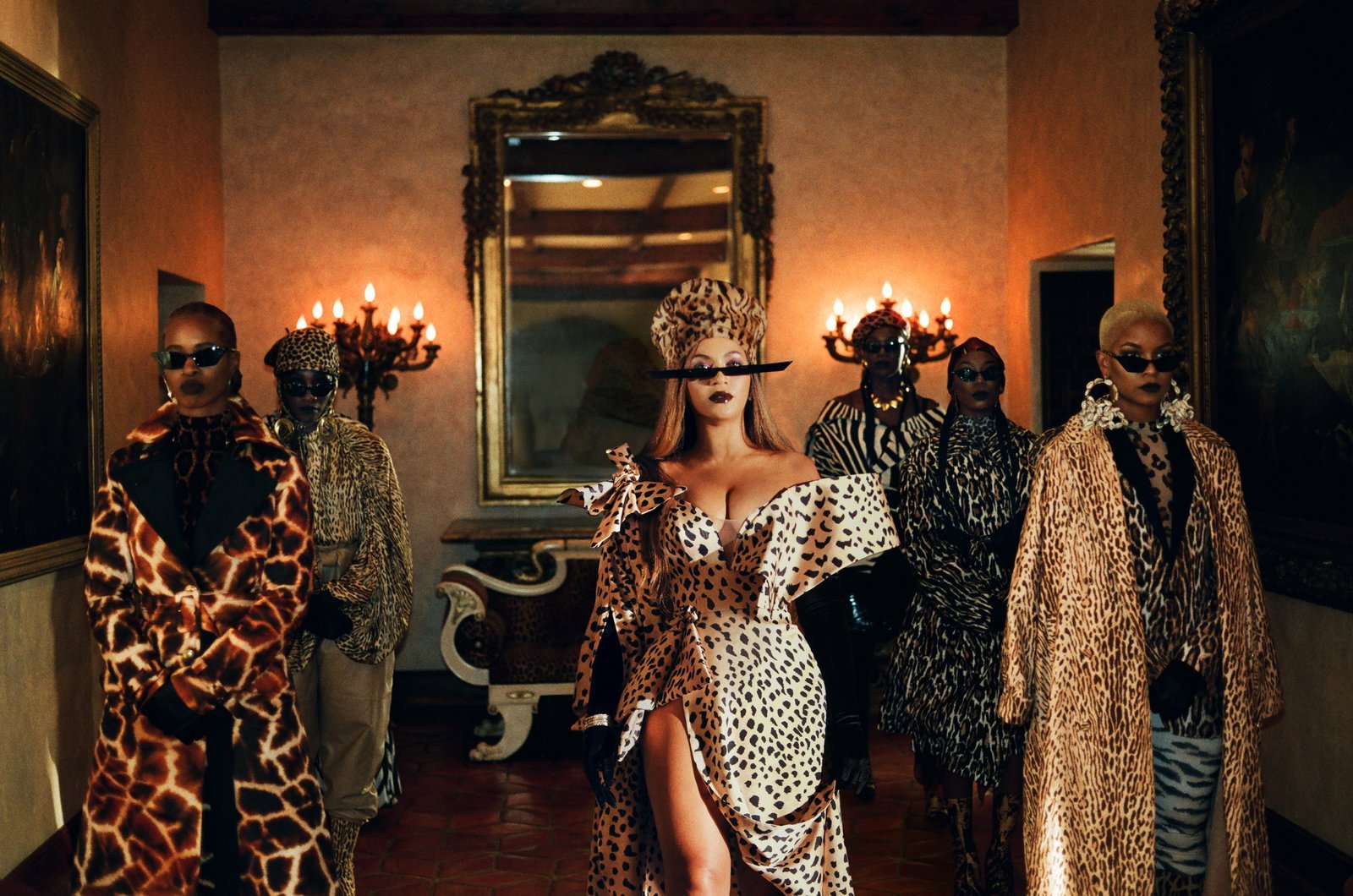 Different mediums of expression– music, film, photography, poetry– blend together to tell powerful and intricate stories of Black belonging on Beyoncé’s latest visual album Black Is King. A visual companion to last year’s Lion King remake, The Gift, the album traces the history of Black identity and beauty with its immersive representation of the Black diaspora across the world.

Rich with diversity as it honors African talent in fashion, music, stage, film, and more, Black Is King is a hypnotic array of brilliant performances and psychedelic visuals. Drawing parallels with the film, the album is an extended metaphor that subverts the Simba’s journey to heroism with the greatness stolen away from a whole community of people.  This is a story of Knowles seeking to restore the richness of her lineage.

A long list of awe-inspiring talent lend their shine to this ambitious project; African performers Yemi Alade and Busiswa make their presence known in “My Power” and “Don’t Jealous Me” respectively. Playing with symbolism drawn from the film, musician Lord Afrixana and actor Warren Masemola embody Scar trying to ruin Simba.

Artfully bridging the gap between Black American and African culture, on one end the record spurns Burna Boy’s “Ja Ara E” -in an ode to West African car culture, with a soundscape that speaks of a society of people who chased the fantasy of autonomy which vehicles represented right to their doom, and on the other, it picks up well-thought contemporary inspirations in the form DeMille’s The Ten Commandments and Solange’s When I Get Home among other things.

The most meaningful of the record, however, is “Brown Skin Girl” which speaks not only for Blackness but for female beauty and inclusivity. Featuring models like Adut Akech and Naomi Campbell, the multi-hyphenate artist goes a step further, highlighting the beauty of women and pushing back against the still rampant colorism within society.

With its steadfast attempt at providing visibility to African talent, Black Is King takes some heat away from the rightful complaints of Black American stars profiting of West African culture – and despite its aim of “shifting the global perception of the word Black”, it’s nowhere near being the ultimate guide to arts, spirituality, and creativity of Africa, but it’s a beginning.

At the end of the day, Knowles is an artist and Black Is King is a work of art shaped by exemplary creative vision. Overall, it is an inclusive experience that highlights diversity and Black unity all at once.