The Naked and Famous

New Zealand indie electronic band– Alisa Xayalith (vocals, keyboards), and Thom Powers (vocals, guitars)– have found themselves with their latest record Recover, which comes four years after their previous album. Weathering a period of creative slumps and personal anxieties, the duo has emerged anew on a path of inspired recovery and healing.

In conversation with EUPHORIA., the duo – who can only be described as the nicest people ever – delve into what inspired Recover, inclusivity & diversity in music, their vision for the future of the band, and so much more. 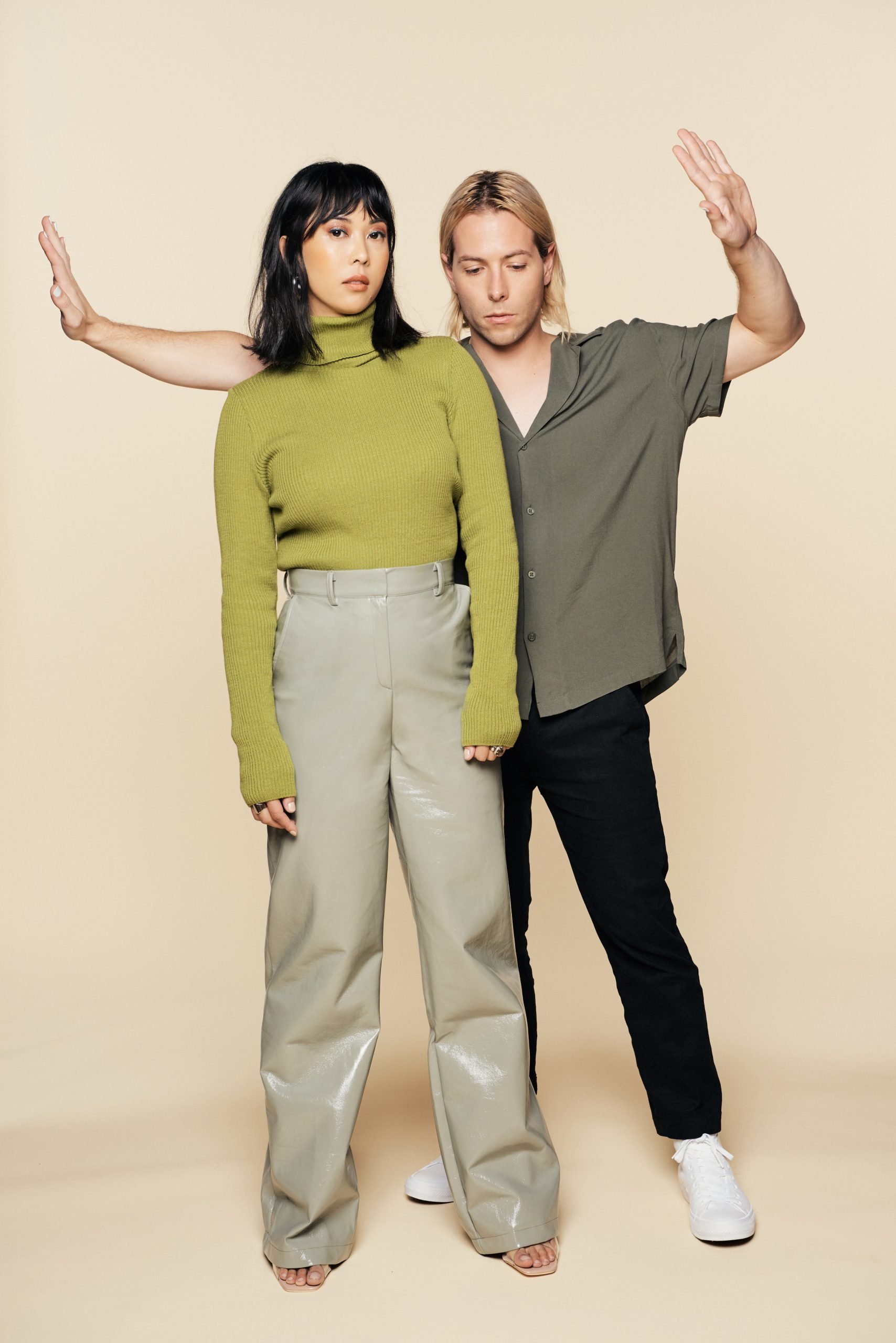 Let’s talk about Recover. Where did the idea for the album come from? What inspired it?
Powers: It wasn’t until the summer of 2018 that we really hit our stride and that’s where this album officially kicked off. During that time we were in a songwriting session with a childhood friend of mine who is now a writer and producer, we were waiting for Alisa at the studio and she came bursting in saying that she’s got the song, she’d written it on the drive over, and she sang the chorus of the track “Recover.” That was it, it almost immediately after we created a very organic, live sound that also has processed elements to it. This feels like the song of the album and one of the productions I’m most proud of. Once we had “Recover,” most of the other songs came quite naturally.

Xayalith: Everything we’d written prior to this seemed uninspired and we felt unproductive, and “Recover” was the catalyst that set us on the right path again.

What was the process behind this album?
Powers: We’d start the day by writing because we had that routine in place, we knew what we were doing, and we were able to blend the new direction of the band, with pieces of music we’d had written over the years but didn’t know where it fit into our music at the time. Most of the album was finished in this way during that summer.

What’s something you discovered about yourself through the process of working on this album?
Powers: We always learn something about ourselves every time we put out a new album. It’s like your updating your past self with the personality you’ve developed over the last few years. For me, I learn through hindsight more than during the process. While working on an album, I bring in the various skills or discoveries I make into that album.

It’s not until a few months after I’ve made the record, that I recognize mistakes I made or struggles I had during the process. So, I learn from them and then implement them on the next record. Every time I finish a record I’m inspired to go back and do another immediately, and this is where touring immediately after a release becomes frustrating. It’s a year of traveling and it’s difficult to be inspired to write during tour.

Do you feel like this period of time with no touring is going to motivate you to write more or does it feel like it’s more pressure?
Xayalith: Touring really does take all your energy and time, so having this time to reflect on this latest record and thinking about our future plans is actually exciting. We have the time to explore ourselves and our evolving music, and we’ll get to take our time to do the next thing we want to do. We feel motivated to be creative.

Do you have a vision of how you’d like to see The Naked and Famous evolving from this point onwards?
Powers: We have plans and ideas, but these ideas are in an incubation period right now. Alisa and I have a vision, but at the end of the day, it’s like we can try to bake a cake in a certain way but it’s just going to come out the way it comes out. That’s to say, we could have ambitions for a certain thing that could turn out completely different.

Xayalith: It’s like the technical challenge in the Great British Bake Off. All the contestants have the same instructions but each final product turns out different anyway. Our music and goals are just like that!

Coming back to this album, have you got a personal favorite track? Which one and why?
Powers: “Recover” is definitely the track I think is absolutely perfect; it’s the track that I wouldn’t change in any way. But I also other favorites that change weekly. This week it’s “Echoes In The Dark,” it’s a small interlude we put together last minute. The song was written a few years ago, and it was good but there was one bit that was just incredible so we cut everything else around it and added it to the record.

Xayalith: My favorite would be “Coming Back To Me,” it has my favorite music crescendo that sort of slowly builds and erupts at the end. I also love the lyrics of that track.

In terms of lyricism, do you tend to look inwards or draw inspiration from outside?
Xayalith: It depends on how I’m feeling on a given day. But usually, it does need to have some substantial personal meaning to me either an experience that’s my own or something we’ve both observed. For example, the track “Death,” was inspired by a quote about mortality which inspired us to write a song about the topic. Any little thing can lead to a song. The music can come from anywhere, you just need to observe it.

Powers: My partner has this unreleased song where she sings this line about a “checkered kitchen floor,” I stole that phrase and wrote a song out of it!

So, what’s the strangest thing to have inspired your music?
Xayalith: My dog, not everyone can say they’ve written a song about a furry creature, but I wrote “Sunseeker” about my dog. It’s called “Sunseeker,” because that’s my nickname for her. She’s my little sunseeker who enjoys lying in the sun.

You mentioned being intrigued by themes like mortality, are there such ideas or themes you’d love to explore in your music but you find it doesn’t fit with your soundscape or the tone of an album?
Powers: Absolutely! From the beginning of The Naked and Famous, I always thought I’d also have my own solo thing going on the side. I was too scared and felt like I wasn’t talented enough to have a solo career up until recently. So, there have been many ideas I’ve had that I thought was too weird for me to do by myself, ended up actually getting turned into band songs. The oldest example I can think of is “ The Sun.” Originally it was meant to be this moody, dark song that was just me expressing myself, and I didn’t think it fit with The Naked and Famous, but it organically made its way into band’s discography.

So, sometimes there are ideas that you save or put away for another time and we both go through this point in our writing process where we second guess if a track or theme fits with the band’s music. I feel like when you’re in a band, it becomes difficult to segregate your art between the group and yourself; it’s one career, split in two.

Xayalith: We have our own brand of music as a band, but we have own tastes and influences so if I do a solo record will sound different and lean more towards my own preferences and themes, because why put out a solo record if it sounds exactly like The Naked and Famous?

If listeners could take away one message from your music what would you want that to be?
Powers: The idea of a singular message always seemed like it’s too much a moral philosophy, so until this album we’d never focused on putting out any particular overarching message. With this record, however, we’ve gotten braver and it does have a message. It’s about resilience and recovering mentally, physically, and taking things in life in stride. It’s an uplifting record that shows there is a light at the end of the tunnel.

In previous outings, we’d focus on the darkness and ended it on the same note. On this album, it’s not just “I’m depressed and it’s not going to get better.” For instance, Alisa’s part in “The Sound Of My Voice” is constructed in a way that offsets the rest of the song which talks about being depressed by telling us it’ll be okay. Every song on this album ends on a similarly positive note.

Now that you’ve gotten to the point where you’re comfortable putting out bigger messages with your music, is that something you’d consider doing in the future? Are there any particular messages you’d love to convey going forward?
Recover was a reflection of everything we’ve been through in life and how we’ve got to this point in life. We don’t know where we’ll be in terms of cultural influence and personal experience when we start writing our next record. Yes, we’d love to put out messages with our music going forward but what message we convey will depend on this. 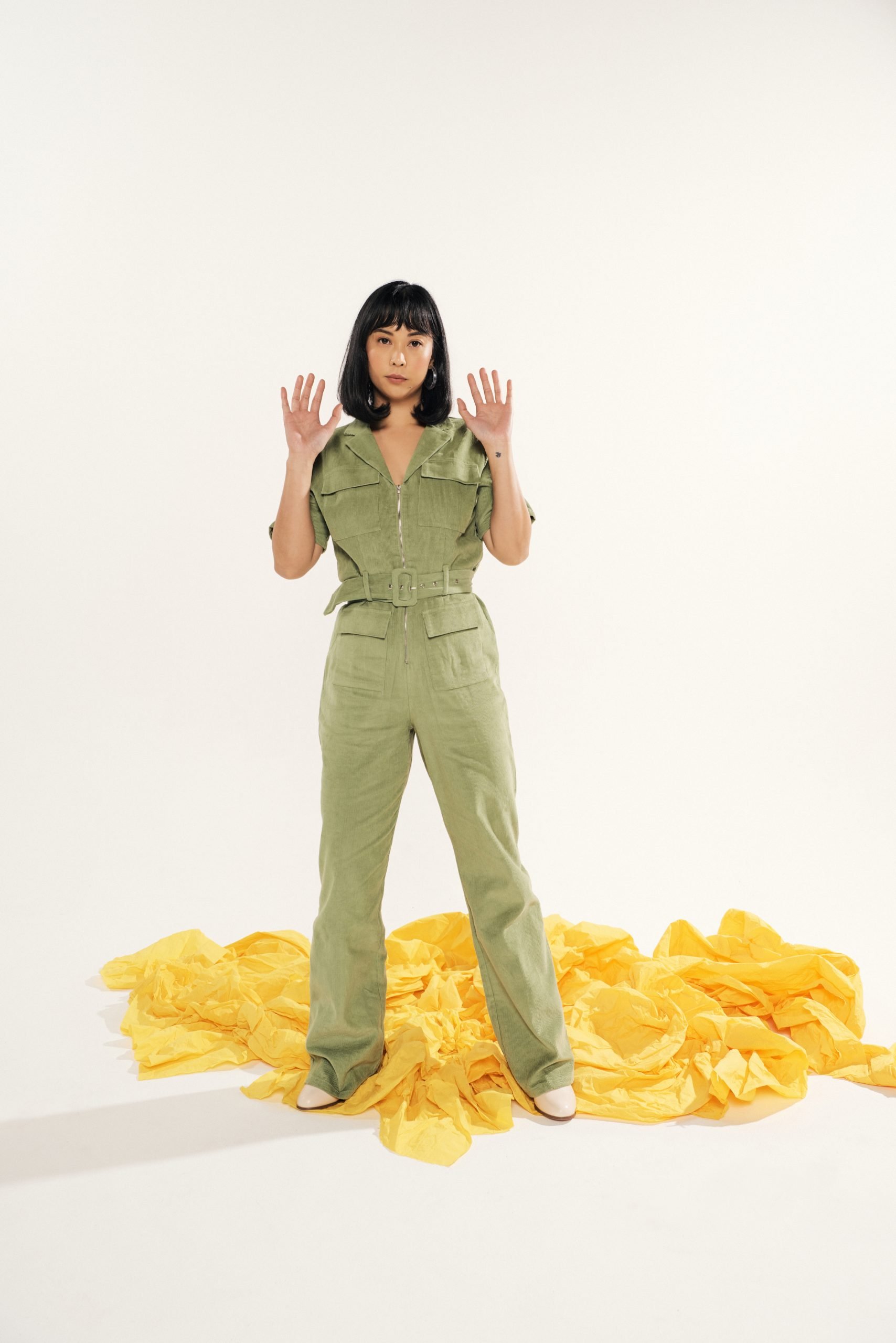 Speaking of cultural influence, you’ve always championed diversity and inclusivity in music. So, what’s something you’d love to see change in the music industry with regards to representation?
Xayalith: Being an ethnic minority, I used to shy away from talking about things like representation. I used to try to blend in because that’s what I thought I was meant to do. But actually, I should be proud to be an Asian woman in a band and I want to see more of that. How many Asian-women fronted bands did you see growing up in the 2000s? A majority of Asian people grew up not knowing they can successfully pursue creative arts because there aren’t many examples of it. There are more voices now, and there needs to be more of it in the future.

Powers: Alisa is an Asian female frontperson in a scene that’s predominantly filled with privileged white dudes like me. So, I get to observe her experiences with sexism and racism second-hand so we wanted to say something this time. The track “Come As You Are” is about letting our fans know that it’s a safe, no-judgment space. It doesn’t matter what the color of your skin is, where you’re from or what your values are, we are the kind of band that welcomes everyone. It began as a personal love song from Alisa but the lyrics naturally felt like everything we wanted to say to our fans.

Before this though, we actually haven’t been very vocal about things like diversity or representation. We didn’t have to say anything political or controversial, choosing to focus on the music instead. Not because we are afraid of alienating anyone– I’ll write a Tweet, edit and spellcheck it only to delete it five hours later because the moment’s passed- it’s just that being opinionated and confrontational on social media doesn’t come naturally to us.

What’s been the most memorable moment of your career so far?
Powers: I’m a dropout who wanted to be in a rock band and got to do in on a scale that I couldn’t have imagined. We aren’t the biggest, wealthiest band in the world, we are a medium-sized band with a big hit but I’ve lived the real rockstar dream. We’ve been around for 10 years, and we got to do everything we dreamt of. If this was as big as it got for us, I’d still be happy. But one specific highlight? We opened for Nine Inch Nails!