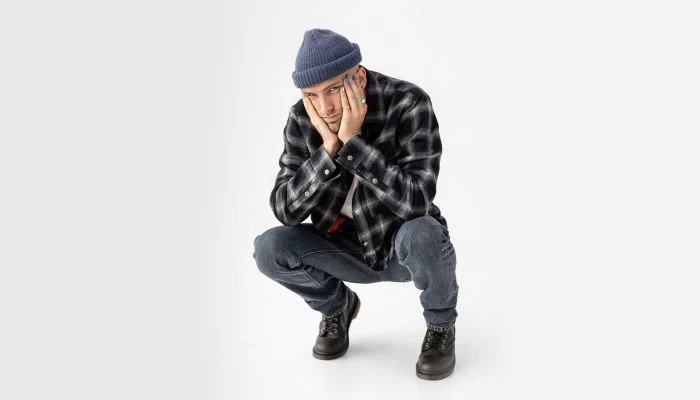 Singer-songwriter Gavin Haley’s music is a little hard to pinpoint. It’s a little bit indie, a little bit pop, and a little bit hip-hop, as evidenced in his newest single “idk where i’m at rn.” The alt-pop tune has a layer of hip-hop to it that keeps Haley’s feet — and voice — in several musical worlds in a way that defies classification.

Known for his ultra-honest music, like past hits “The Way I Am” and “Jet Lag” Haley comes back to that theme with “idk where i’m at rn.” Focused largely on a feeling of uncertainty, the song features lines like, “I can’t let my walls down / Maybe I’m just different” and “My friends got married so fast / I guess I’m just an outcast,” which are not only honest as hell but so relatable it hurts.

While the song digs into your soul, you’re also treated to a mind-bending video that you won’t soon forget. For a song with such heartfelt lyrics, the video is surprisingly light and hopeful, something Haley seems keen to pursue. The video, directed by Jared Asher Harris, feels like an old-school computer screensaver, with Haley’s head quite literally floating around the screen — accompanied by flying avocados. Yes, avocados! Haley told Alt Press that he chose avocados simply because he loves guac. And because the fruit is underrated.

The video is definitely trippy but also balances out the song beautifully. The video was created completely while Haley was under COVID-19-related quarantine, which seems fitting for the vibe it has. And because of COVID-19, this year has been focused on reflection and new music for the singer. Haley has been taking this time to create and focus on himself, something he told Alt Press that he’s enjoying. Keep an eye out for more new music later this year, though, because Haley assures fans it’s coming.