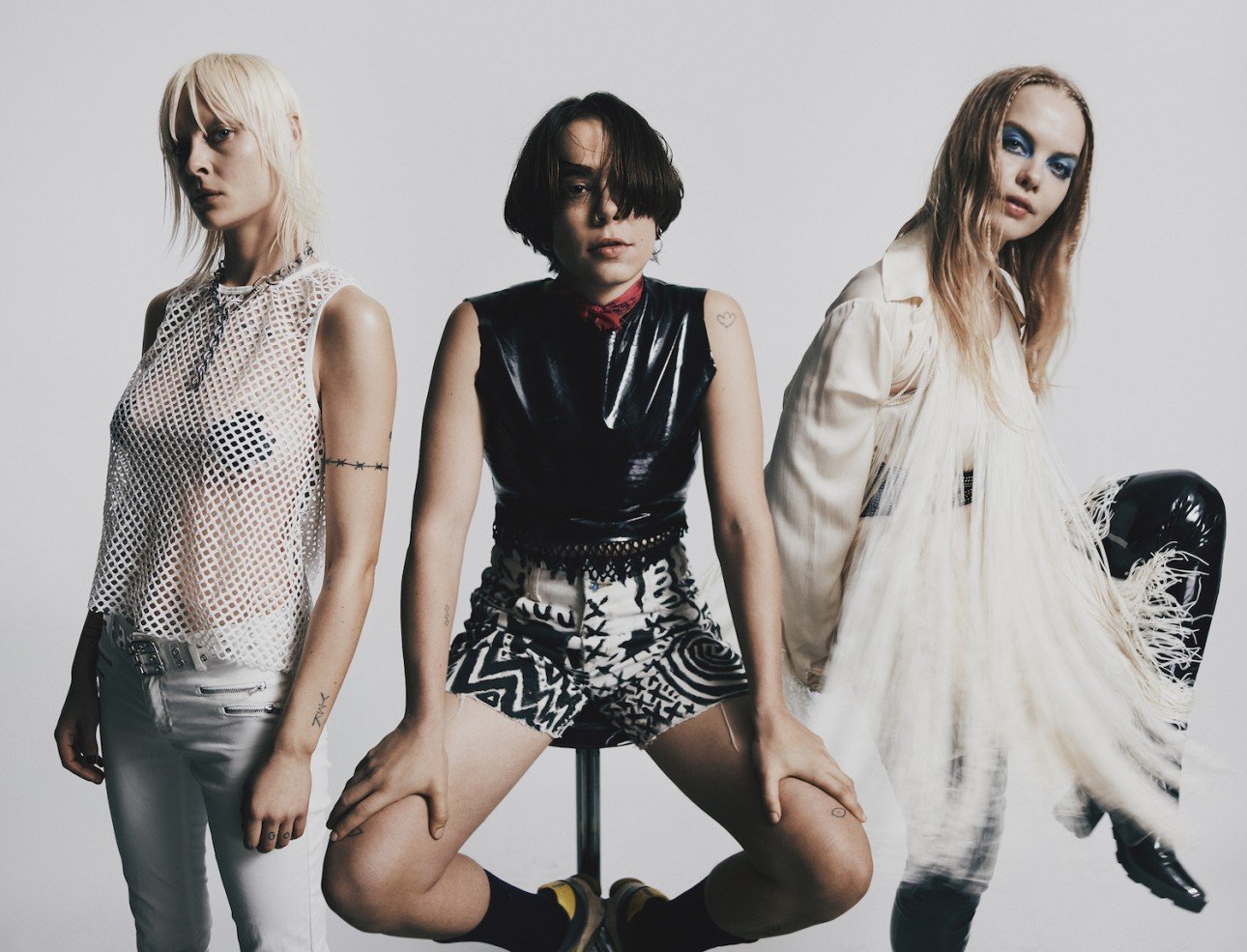 Dream Wife Release New Album: ‘So When You Gonna…’

Dream Wife’s outspoken “girls to the front” ethos exploded onto the UK music scene back in 2018 following the release of their self-titled debut album. Now, the Brighton based punk/rock/pop trio is once again championing their subversive qualities through the release of their sophomore album So When You Gonna… while simultaneously proving to the music industry that the time is now for real institutional change on its gender skewed hierarchy.

In every aspect of their latest album, Dream Wife is empowering; many women face various unjust barriers and inequalities throughout varying sectors of the music industry, and bands such as Dream Wife have been vocally passionate in bringing about change to the industry’s overtly, and long-held, masculine hegemony.

Producers and mixers are just one example of a particularly under-represented group for females in the music industry at present. However, Dream Wife’s decision to work with an all-female team for the recording of So When You Gonna…, including producer/mixer Marta Salogni (Björk, FKA Twigs), could not have been a better fit for the trio and it’s resulted in a record that sounds organic and pure.

Opening with the track “Sports,” lead singer Rakel Mjöll enters sarcastically with the line “fuck, sorry / fuck, please will you so kindly start again,” clearly exhibiting the lyrical witty missives she’s renowned for. The playfully energetic opener builds in both instrumental and vocal layers before expanding on its sarcasm by tackling the sexist trope of male condescension in sports with the ironically proclaimed line, “do you even play this sport?”

It’s following track, “Hasta La Vista,” is undoubtedly the album’s most refined sounding track and introduces the band’s pop sensibilities. Shoulder-bopping guitar rhythms accompany Björk inspired vocals which fluctuate throughout the verses in varying rhythms and textures. Both light and well refined, the track sets the tone for much of the remainder of the album.

Unlike their debut album, through both an evolved production and writing style, So When You Gonna… offers many more heartfelt and emotional moments throughout. Tracks such as “Temporary” and “U Do U” offer the most notable examples of such moments, with the former in particular tackling the subject of miscarriage with exceptional poise.

Elsewhere, both “RH RN” and the album’s title track “So When You Gonna…” dynamically encourage young women to both relish the present moment and to not be undermined by “fools who don’t value you.”

The album’s concluding track “After the Rain” poignantly tackles feelings of insecurity and low self-worth. The lines, “It’s my choice, my life / it’s my will, my sacrifice / it’s my body, my right / not for others to decide / not for others to decide,” accompanied by minimal piano and guitar bring a tear-jerking end to the album which closes on a blissful fluttering of rainfall.

In all, Dream Wife’s sophomore album displays a more toned-down version of their subversive selves; yet, whatever they may lack in rebellious anarchy, they more than make up for with a more carefully crafted and evolved sense of purpose which heralds a call to action to young women everywhere to seize the day.