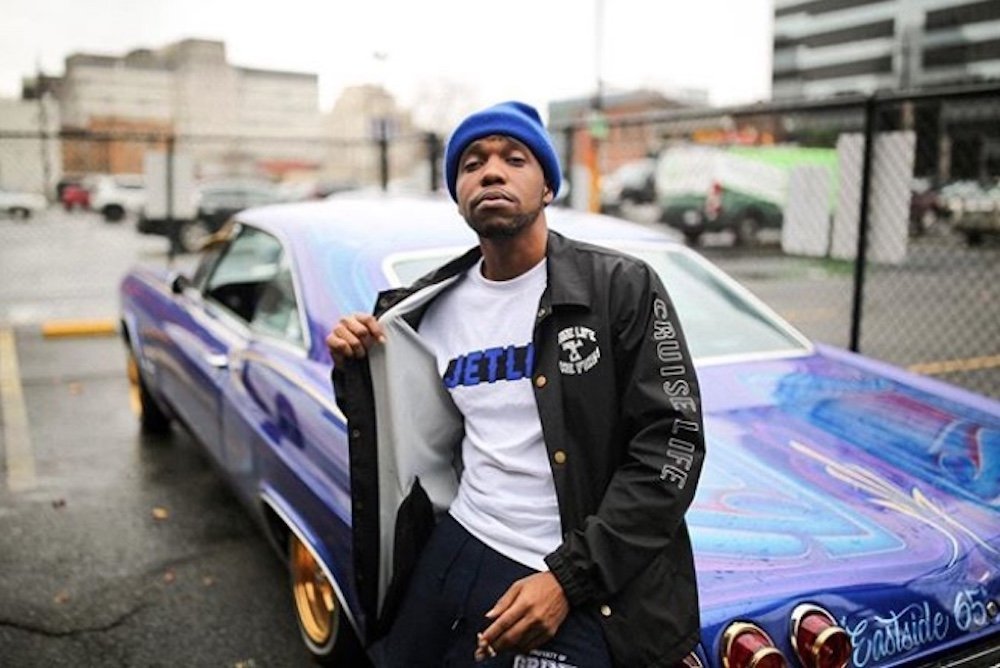 Spitta and Harry Fraud have done this before. The OutRunners is their sophomore effort after 2018’s The Marina. Both projects have a boat theme. The Marina obviously refers to the spot where people boats are kept while The OutRunners, and an OutRunner, refers to an engine that can be used in a boat as well as commonly in planes. This combines Curren$y’s Jetlife plane aesthetic with Fraud’s seaside vibe with tapes like The Coast. Needless to say, as the metaphor infers, this tape connects each of their essences, and to their highest level thus far. They are both entirely in their pocket, motorized while flying and floating.

The whole tape is no skips. Play this joint poolside or preferably lakeside. Roll one and put your feet in the water with your JBL speaker fully charged and bumping on the dock or concrete. Even with a tape full of heat, there are three standout tracks. The first is “Cutlass Cathedrals” with a soulful sample, bassline, and a wavy drum kick that holds Spitta’s laid back yet energized flow like Pedro Martinez’s hands on a baseball. Curren$y raps, “I went to Rosé crib this n***a rich, he got whips in garages organized by colors and shit. I was inspired by this. I went back to the grind for the first time in years.” This is classic Spitta introspective yet proactive flows filled with imagery we have all grown to love him for. He speaks on inspiration from Rick Ross, who is featured later on the project.

The next standout and possibly most memorable track is “Gold & Chrome.” Yet another incredible soul sample from Fraud with a weary string sample to match hits against the drums like waves on the sand. Curren$y comes with maybe his most poignant hook yet as he imagines his son’s future while also reminiscing on the current time we are existing in. He raps, “When my son full grown. May he roll on gold & chrome. In a Chevy sittin’ low, just like his pops did before the world froze.” This song fuses the exact melancholy of the pandemic with the dream state of hope for the future without restrictions. It is as cool as it is vulnerable, and displays a depth that can be reached when the perfect beat, by someone like Harry Fraud, matches the contemplation of a wordsmith like Spitta.

The third and final standout is “In The Coupe” with a perfect feature verse from Jim Jones. This is exactly what you want in a feature. A name that makes you go “hm…interesting,” but when you hear them enter the track, it’s like it was meant for them specifically to exist on. A slightly different vibe from the other standouts, this beat feels smooth yet slightly distorted. Simply it rides and contains a bit more forward pushing energy like the time in the whip that the track is named after. After a perfect Spitta hook featuring the line, “rollin round in the coupe with the beat on loop,” Jones slides onto the beat with the essential bars, “I ride around in my Benz while the beat repeat, I done lost a couple friends tryna beat these streets.” It’s the type of back and forth that just makes you proclaim, “aw fuck yeah bruh,” as you blow smoke in the air pass the blunt then jump in the pool.

This project can be played in almost any summertime circumstance. It just feels like right now. With now being a time where dropping the perfect project seems difficult, Curren$y & Harry Fraud did it as their best selves together.