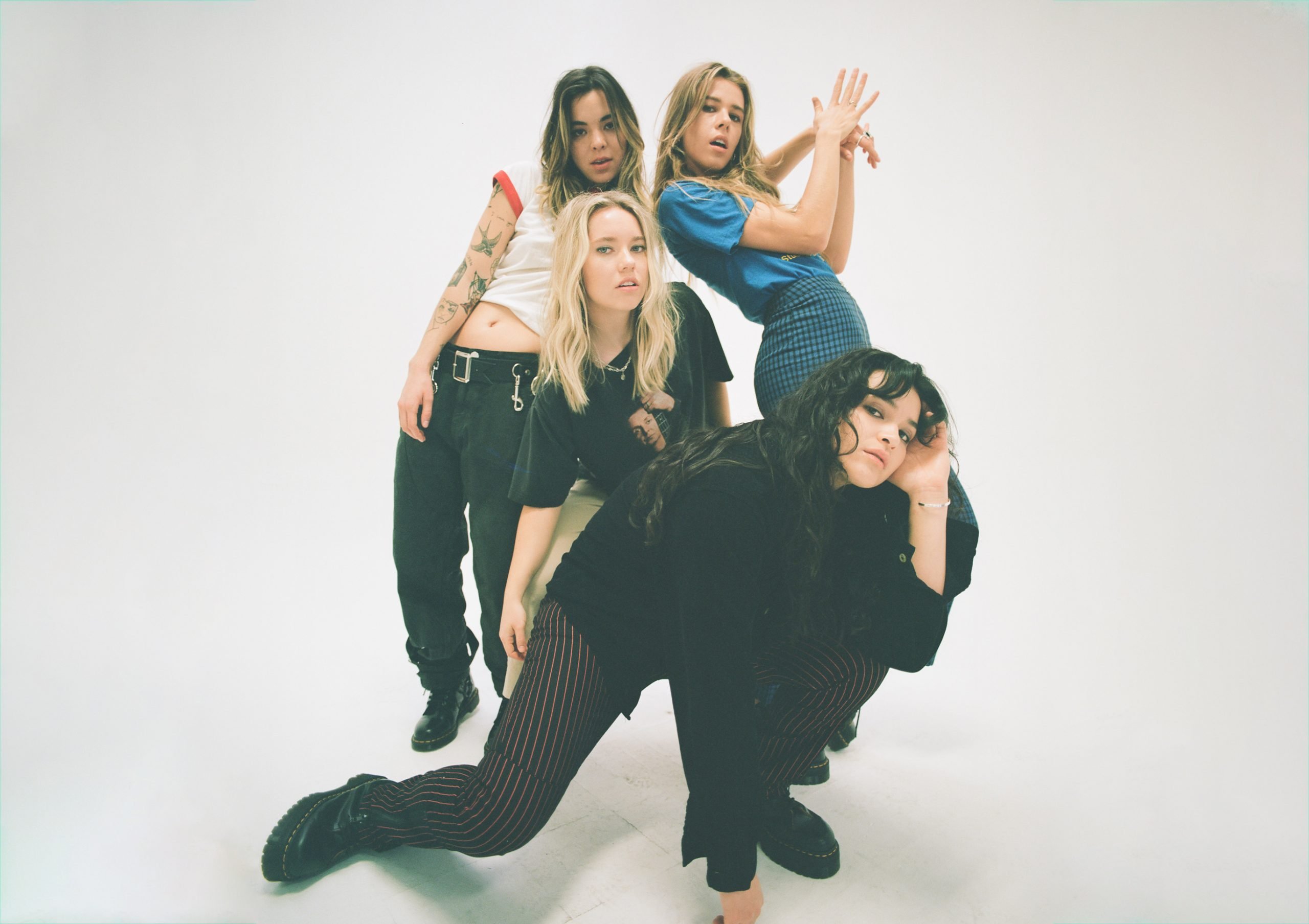 In a world where all-female pop-rock bands are still not as visible as they should be, The Aces are a necessary presence. It’s not just the frank and relatable topics they cover, but it’s also the joy they bring as a group of talented women coming together to make music.

Friends since grade school in Utah, The Aces is comprised of sisters Cristal and Alisa Ramirez (vocals/guitar and drums, respectively), McKenna Petty (bass), and Katie Henderson (lead guitar/vocals). As a result, it’s no surprise that the deep connection between the four-piece is evident in their work. You can hear it everywhere – from their lyrical openness to way their riff off each other sonically.

It’s been two years since their debut record, When My Heart Felt Volcanic, and in that space, The Aces have been having the time of their lives. The product of those experiences has culminated in the brilliantly replayable, no-holds-barred album Under My Influence.

We caught up with The Aces prior to the album’s release to talk about (you guessed it) lockdown, making their shows a safe space, and why this is their most honest record yet.

How are you all doing? What have you been up to during lockdown?
Alisa: Just a lot of phone calls. A lot of virtual connecting with people. Working on the music. We feel so lucky to have a record we’re releasing right now that we can share with everybody. Staying creative and staying healthy.
Cristal: This is the time when people make music but we had our album done right as it started. We could be making more, but right now, our number one priority is to continue to make content for the album without being able to meet up with people. It’s been a fun but interesting challenge.

That’s the thing – we’re in this unprecedented time where artists are having to do things you never thought you’d have to do for a release. How are you feeling about having to change the way you promote an album?
Cristal: Obviously it’s not traditional, it’s not the easiest route. Typically we would be promoting our album in a lot of ways that would be requiring us to play live with people. But I think that we’ve really come together and thought, just because we’re in this situation doesn’t mean we’re not going to give it our absolute all.
We’re going to have to figure out how to connect to our fans and give them new music. It’s been challenging but I’m really proud of us in the way that we’ve handled it. We’re just trying to find solutions. In life, there are always things that are going to be getting in the way. You have to keep adapting and changing and continuing to do what you love and I think that’s what we’re doing.

When you were creating the new album, did you feel pressure to be constantly creative or did it come naturally to you?
Cristal: I think [the album] just came about really organically and that’s why we’re really passionate about it and really love and believe in this record. We had the time of our lives making it. It feels like the most truthful piece of art. It’s the stories of our lives and it was so fun to make. Really early on we just took the pressure off ourselves and how it was supposed to sound or what we were supposed to say.

I think you can really feel the honesty in the album. In fact, you’ve said one of the key themes running through the record is “return to the self.” Why was the truth such an important factor for you?
Cristal: What was really important on this record was for us to really go where we hadn’t before. That was from the sound of the record and the production of it, to what we’re saying lyrically, and the stories we’re telling to push ourselves to go deeper and say more. That’s something we’re going to do continuously on every record. When Alisa and I were writing the lyrics, there was no room for interpretation.

You just get the story exactly as it happened with that person or in that experience. A couple of times I wondered, “ooh, is that a little too much? I’m feeling really vulnerable” and her [Alisa] being like, “if that’s how you feel then we can’t change it.” We need to be baring our stories and our souls through our art. Our relationships are the strongest they’ve ever been, between the four of us.

You’ve said that this record is the first time you’ve been open as a band in your lyrics about using gender pronouns and Cristal and Alisa being queer women. What led you to make this decision and be more candid about your personal lives in your music?
Alisa: It just felt really natural and right at this point. Before, we wanted to keep it a little more vague. We were a little more worried. Coming from where we come from and with our backgrounds, it’s really easy to get scared to own your space and own your sexuality. We were in our lives but in our music we were beating around the bush a little bit. On this record, we just wanted to be as authentic and honest as possible. We felt we were doing a disservice to the fans and to ourselves by not telling our whole truth. It just felt right. Otherwise, we’re not doing what we set out to do, which was to be 100% authentic.
Cristal: It’s not that it was hidden before, but I feel like, in the pop space specifically – in the mainstream pop space – there are not enough queer women really telling their stories. We [the band] talked about it… There’s so much emotion in this music and real things that happened to us. We just have to put it on the table and let it be what it is. Especially in the pop world, I think it’s really important.

Give me a window into your writing process – what part do you each play in the creation of a new song?
Cristal: Usually the way it works is that Alisa and I will go into a session with a producer and work on a demo of a song. If we feel like it’s really special and the girls really love it too then we will finish it together. But we’re always challenging that. The process is always involving and we’re always trying to get better and better at what we do.

The first single from the album was “Daydream.” Why did you feel that this was the right single to lead into the record with?
Alisa: When we were making the track, “Daydream” just felt really right to kick everything off. It had this feeling of hope and nostalgia and made everything feel good. I think that’s something we always wanna do with our music. We wanna explore all kinds of feelings with our music but we wanna end with our fans feeling good about life, pretty much. That’s our goal. We wanted to kick off this record with something that would make everyone feel really excited and this record was just that.
Cristal: Production-wise and sonically too, it felt like the perfect first step into this next chapter. It tells the fans that we’re still here, we’re still The Aces. It’s the beginning of climbing the rollercoaster and then [the record] drops into these stories and experiences. It felt really right to start there because it had that Aces sound.

What energy do you want to give off when you perform live?
Alisa: I think the energy we always strive for is always big party vibes. I’m so excited for when we get back together and can do shows. It’s going to be an absolute rager! All we wanna do is bring the happiest, fun, energetic party that they’ve ever been to when they come to our next show.
Cristal: We want it to be a safe space too. We feel really proud of the fanbase we’ve cultivated so far. They’re all so positive and really support each other. Our live shows will be a rager but also somewhere you can be yourself. 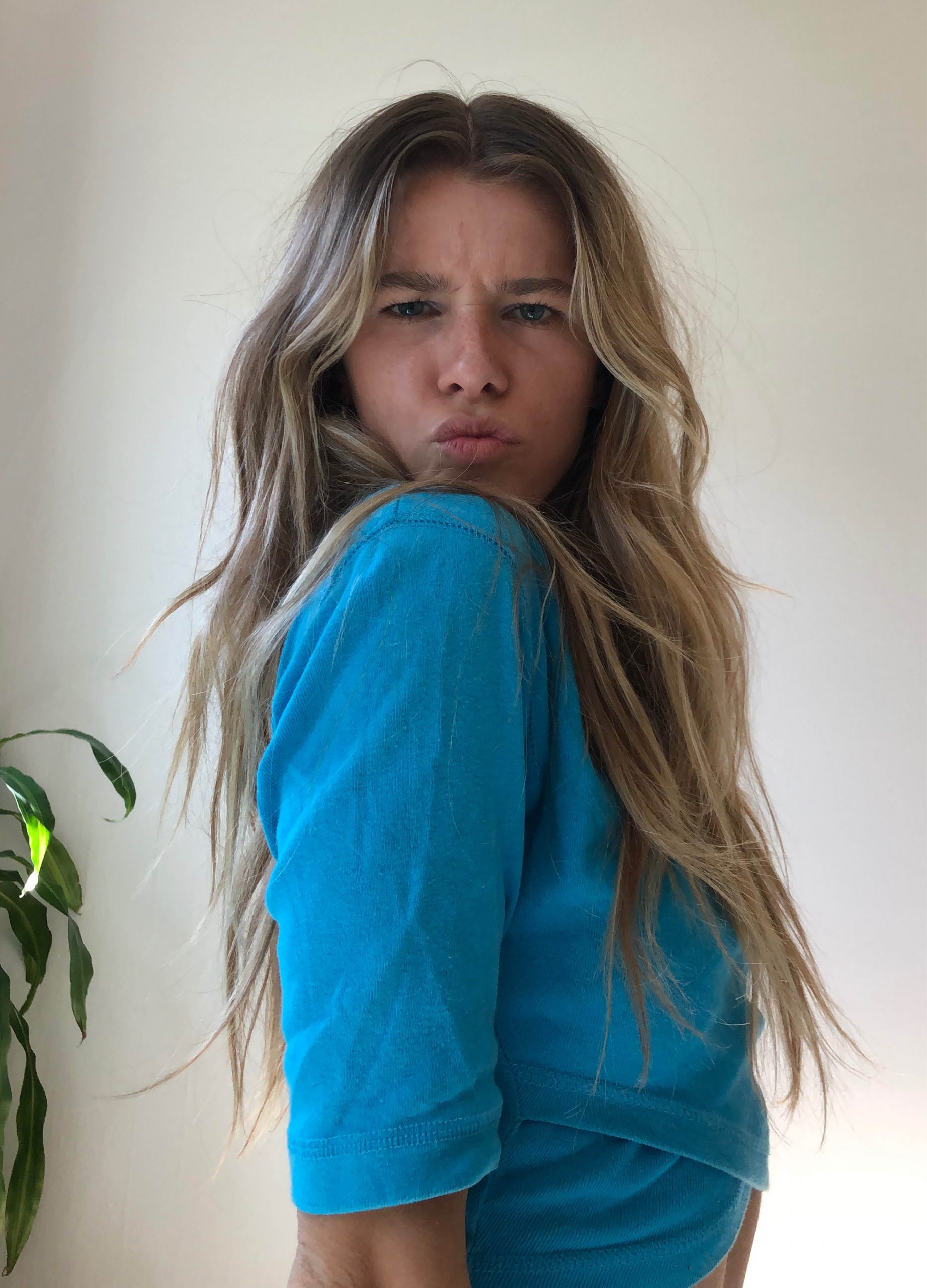