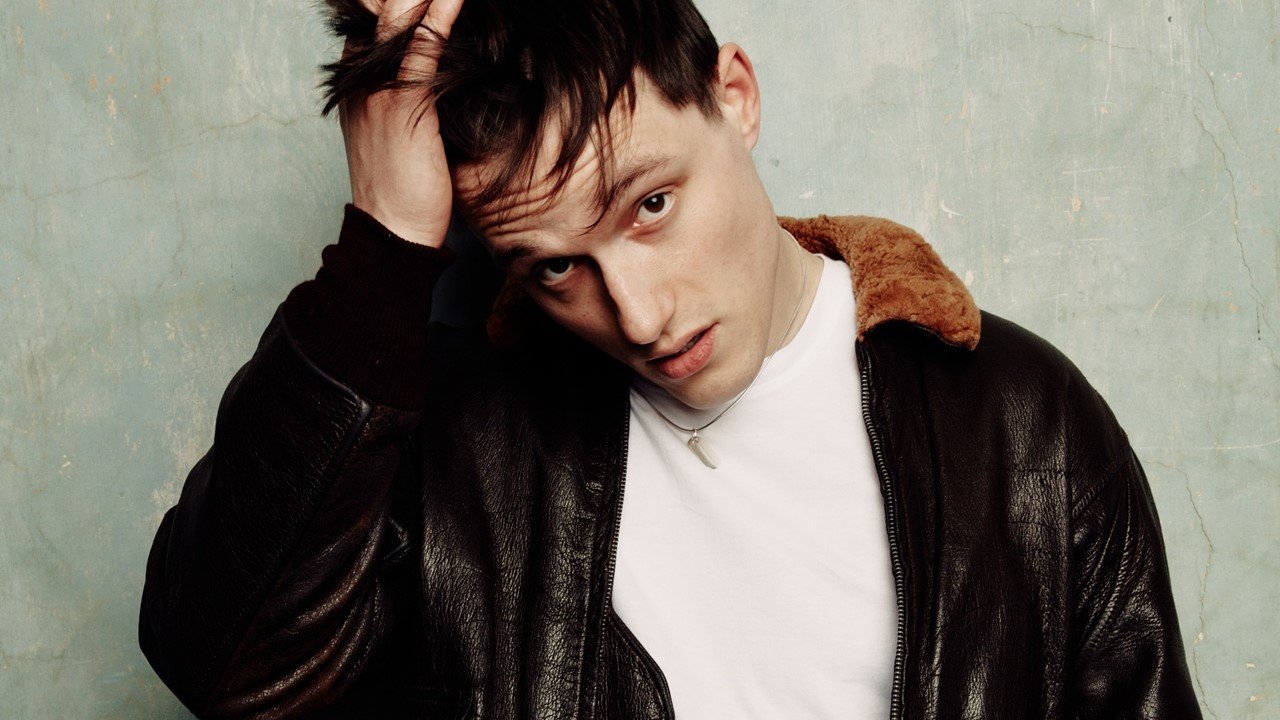 Singer-songwriter Christy is a man of many hats. The Glaswegian has already been a busker, a boyband member, and an actor– all before the age of 24. Now Christy is carving a path for himself as a solo musician. (Spoiler alert: He’s good at this too.)

Crafting a corner for himself out of the tender, heartfelt piano ballads, Christy’s approach is special in its careful mediation. Weaving together delicate melodies with soft yet fervent vocals, it’s hard not to be stirred by Christy’s musical offerings.

We spoke to Christy about what he’s learned from his previous incarnations, his latest single “Pictures,” his upcoming debut EP, and much more. Take an exclusive first look at the music video to his gorgeous release below:

You started your musical journey busking as a teenager on the streets of Glasgow. What did you bring from that experience into your career now?
I think that busking is where really where I  grew up, both in terms of as a musician and as a human. I got thrown out of school at 16, so I had a kind of unconventional education on the street. I also definitely learned how to play and how to sing properly on the street. I learned to lose all my inhibitions and just go for it, and don’t worry about what people think. That was probably the most important lesson I learned in regards to my singing, but some of those videos of me busking are still cringe-worthy as hell to watch for me! I would often just wail and hope it sounded good. I also learned about the beauty and importance of human interaction. I met people from all walks of life and heard different stories. I don’t take anything for granted these days, because through busking I learned that you should always have an open heart to people and be as good a person as you can be because life can be beautiful and/or cruel. You never know someone’s journey.

You were then in a boyband. How did that start and what was the experience like?
Being in the boyband was ridiculous. It pretty much started from busking, when an old pop manager came up to me and asked if I wanted to make a boyband and be as big as One Direction. And, of course, being 17 and skint I said yes. I put together two of my friends and tried to make it look as much like One Direction as possible. It was a bit of a story! We ended up in some mad situations that none of us expected, and we ended up getting chased down the street by hundreds of girls on a regular basis. That kind of became a normal thing, it was just ridiculous but such a fun experience. I wouldn’t change it.

You’ve also worked as an actor in movies and TV. Now that you’re carving a solo career for yourself in music, will you leave acting behind? Or are you hoping to balance the two?
Acting and music have always been my two loves. I can, and will never choose just one. They can work together really well. I have always brought my music to my acting roles. Thankfully I’ve been lucky enough to do that. I’m currently writing a song for a film we shot last year called Knuckledust, and I did soundtrack work for the Disney show Find Me In Paris. I plan on trying to pull off a Donald Glover and have my music going while doing the odd film or TV show when it comes up.

Who have been your greatest musical influences?
Jeff Buckley, Ray Charles, Chet Baker, Rufus Wainwright– whom I’m now lucky to call a friend. The Red Hot Chili Peppers and John Martin to name a few!

You’ve just released the new single “Pictures,” a tender, stripped back number with just you and the piano. It’s written to a past lover about the heartbreak of drifting apart. Have you always used music as a form of catharsis?
100% yes, it has always been therapy for me. My debut EP Homegrown (due out this summer) was really my healing process dealing with the loss of a beautiful relationship. Change is difficult at the best of times and writing music and singing lets everything out for me. I often sing what I’m feeling unintentionally, which makes for funny situations sometimes when I’m filming. I had a situation where my girlfriend at the time was in the cast with me on a project, and we broke up during filming. I would often walk around during my breaks and sing. My friend let me know that I would sing out loud about how I was feeling about the situation unintentionally, and it made for some hilarious moments. For example, I would sing ridiculous stuff like “baby you left me, now I’m standing still” often and unintentionally, in close vicinity of her. Haters gonna hate.

The song is part of an upcoming EP, Homegrown. What are some of the emotions and experiences that you’ll be laying bare on the record?
Dealing with love, loss, and finding myself again. Homegrown, the title track is about remembering your roots and always coming back to them to remind you who you are. No matter where you go in life you always have your home and that’s an important grounding. Especially for me when I came out of situations with nothing, I could always go back to the area I grew up in and remember that I’m still Homegrown and feel like I still have a grounding. “Dancing With Air” is my next release out in a few weeks on July 24th, and it’s about dealing with the death of someone close to me.

And finally – if you could have a superpower, what would it be and why?
To be able to stop time. That has so much scope, the number of things you could change for the better with that power! The only downside would be that I would end up getting a lot older than everyone around me and die faster, but if it meant I could steal money from corporations and give it to the poor, I could be a modern Robin Hood. Probably the only situation I would give up music for, but I suppose, like any good superpower, you have to take the good with the bad eh?