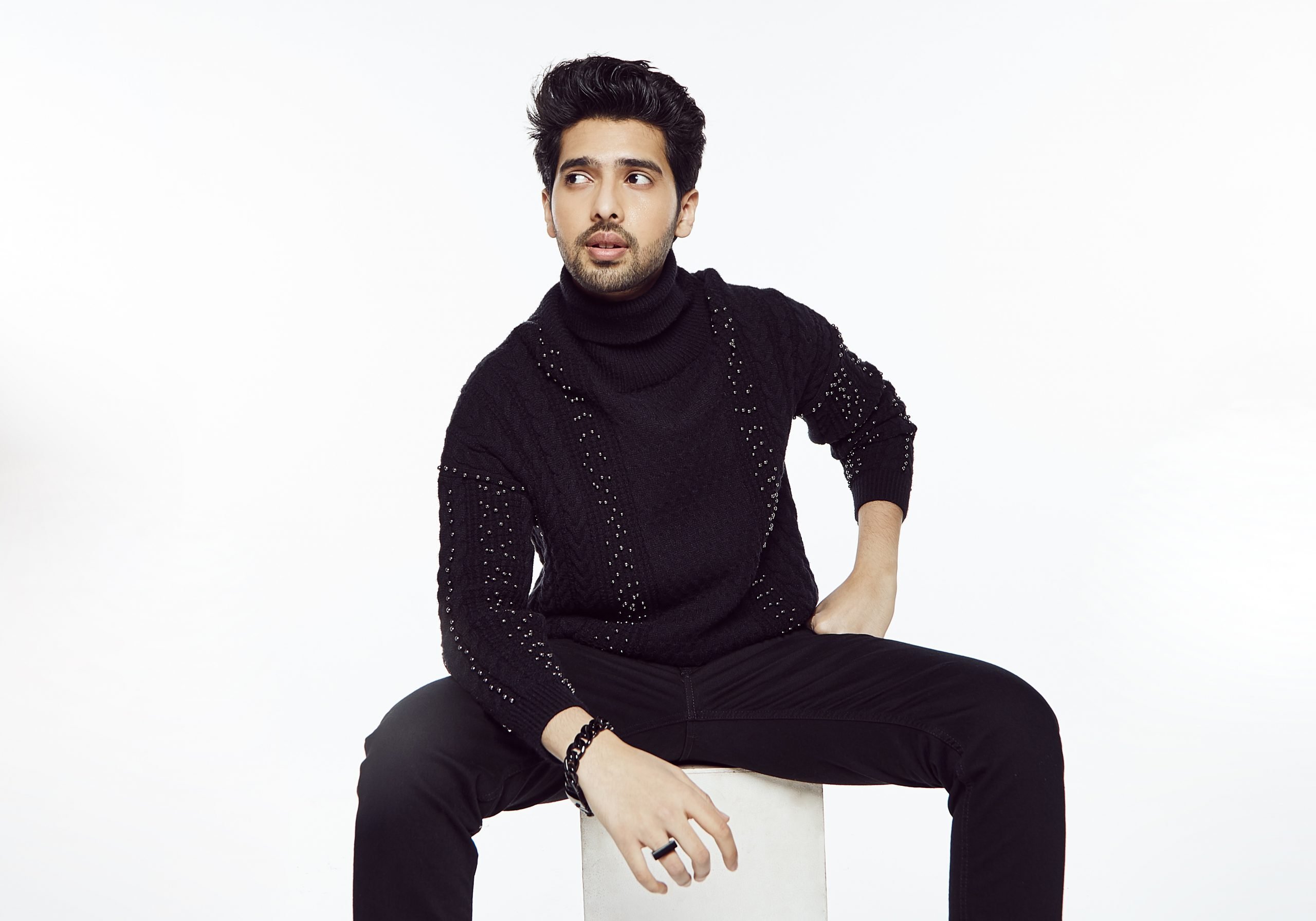 Indian superstar Armaan Malik made his English language debut in March with “Control,” a track which exquisitely distills conflicting emotions through the use of exuberant production and resonant lyricism. His huge global following wasn’t created in the pursuit of fame but purely a side product of his passion for music. Malik’s latest single “Next 2 Me” sees him channel that passion into a track that delves into the all-too-relatable feeling of missing someone who’s impossible to see. The combination of his impassioned vocal performance and the track’s relatable sentiment makes “Next 2 Me” undeniably sound like a smash.

Even though Armaan Malik is one of the youngest and most successful artists in the Indian music industry, it’s evident that as his career has progressed, his passion and drive hasn’t waned. Hailing from a renowned musical family, Malik has undoubtedly crafted a career that’s seen him emerge from his family’s shadow. With more English language releases on the horizon, it’s clear that Malik’s sizeable following is only going to grow.

We chatted with Armaan Malik about his latest single “Next 2 Me,” grappling with his massive platform, overcoming exhaustion & more!

Your latest single “Next 2 Me” perfectly embodies a lot of the tough feelings that coronavirus has forced us to deal with. What was the writing process for the track?
For the first month of the lockdown, I did not make new music, I had just released my first single “Control” and was busy promoting it. After the promotions ended, I somehow couldn’t get myself to write new music even though I had all the time in the world. I was seeking inspiration. Around early May, I finally sat down in my studio. A few of my producer friends sent me a bunch of beats on mail, and one of the ideas really clicked.

I ended up writing a melody and just a hook line which was “all I want is you next to me” When it came to putting the words to it, I was still very confused as to where exactly I wanted to go with it. But then, I came across this particular quote: “Missing someone isn’t about how long it’s been since you’ve seen them or the amount of time since you’ve talked. It’s about that very moment when you’re doing something and wishing they were right there by your side.” and it just made me realize that this is such a tough time for people all across the world who are separated from their loved ones because of the lockdown. The missing is real. Given that I already had the hook line in place, I then weaved the whole track’s narrative around it and that’s how “Next 2 Me” was born!

Why did “Control” feel like the right track to be your first English language song?
I wanted to make sure that my home audience didn’t feel alienated by my new musical direction. So when you hear “Control,” it’s not only an English pop track, but it also has this Indian-y vocal inflection infused in the post-chorus. Another reason why I chose “Control” over my other songs, as my first release was because I’m known for a lot of ballads in India, and I wanted to break away from that and present an uptempo, pop sound to my listeners. At the end of the day, the song has this super catchy hook and it just felt right to begin my journey with it.

How is the creative process of working with a team to interpret your songs into visuals?
I usually pay a lot of attention to what is being said in the lyrics. Sometimes I take things too literally and my team pulls me back to keep things a little ambiguous sometimes! (laughs) Every song has a story and that needs to somehow be told on screen. I can’t just do a great-looking music video and not have any relation to what the lyrics are saying. Having said that, I assign equal weightage to style, aesthetics, and presentation whenever I do a visual for a song.

When did you know that music was your calling?
When I was 3 or 4 years old, my parents recognized that I had musical talent and immediately put me into music lessons. It’s unreal how fast I started to learn music and singing. By the age of 7, I had made up my mind – I wanted to be a singer and take up music as a full-time career. My professional journey began when I was 9, I started singing for advertisement jingles and dubbing for feature films. That’s where it all started for me!

How does it feel to have achieved so much at the age of 24?
To be honest, it feels surreal! I’ve always been driven and always maintained a winning mindset, but never expected I’d achieve so much so early on in my life. If I really had to deep dive and tell you how did all this happen and what exactly brought me this success, I think I can positively say that a strong reason would be that I started very young. I failed many times before others could even start. It brought me more experience and allowed me to learn from my failures so that I could better myself for the next time I attempted something.

On that note, with all the different projects you’ve involved in, how do you manage not to get burnt out?
I have had a lot of health issues I don’t talk about. The constant touring, writing and recording in multiple languages, and also doing 12-hour TV shoots, all of it has left me extremely exhausted. In 2018, I had taken a short break from all my work and traveled abroad to spend some time away from work. I might need another one when the COVID-19 situation gets better and travel opens up! It’s important to give your body and mind a reset once every 3-4 months, it helps you work better.

You’ve got over 8.5 million followers on Instagram and your music has been streamed over a billion times; how do you even begin to comprehend numbers as big as those?
It’s insane to see those kinds of numbers! Initially, I used to get excited like a kid when I saw all that traction on my content, but then gradually over a period of time, it became quite normal for me. My main focus is to make good music that’s true to my musicality, and engage with my audience as much as I can.

You served as a judge of The Voice in India, what did you take away from that experience? Did it feel surreal to be a judge knowing that you were once a contestant?
It was an unbelievable experience, it felt like life has come full circle! I think being a contestant (on another show) in the past, helped me be a better coach on The Voice. I could exactly understand where the contestant is coming from, and how they could be helped to progress on the show. I think these shows are a great way to meet and promote new talent. I am looking forward to many more such amazing opportunities!

In terms of your musical career, what artists are you inspired by?
I have been inspired by a bunch of artists since childhood. Some of my biggest musical influences have been Sonu Nigam, Michael Bublé, John Mayer, Bruno Mars, and Charlie Puth.

You’re from a renowned musical family, how was that affected and influenced you and your career?
When you belong to a family steeped in musical excellence, everyone around you expects you to follow the same path and obviously have everything laid out for you along the way. But I knew I wanted to make it on my own mettle and not use my family name to further my career. At the age of 9, I even submitted my audition to a big Indian singing reality show called Sa Re Ga Ma Pa Lil’ Champs with only my first name – Armaan. I made it to the top 10 of that show too. I only did this because I wanted to know deep inside that yes I can chart my own journey the way I want to and not looked at differently just because my family is a famous musical family. The biggest challenge I was faced with was how do I make a standalone identity, which I successfully accomplished by charting my journey on my own terms and in my own unique way.