From EastEnders and Harry Potter to her latest role as Autumn in the new drama P-Valley– premiering on STARZ on July 12– English actress and model, Elarica Johnson has played a diverse array of characters with each one helping her tick off a list of dream roles. P-Valley, based on a play by Katori Hall, delves into the world of stripping, addressing issues of colorism, racism, and LGBTQ+ through the eyes and stories of its Black female and queer characters.

Elarica tells us about what attracted her to the role, her character, and what she’d like the audience to take away from P-Valley.

What drew you to the P-Valley script? What can you tell us about your character?
The fact that it was written by Katori Hall, and the complexity of all the characters really stood to me. I was also interested because we were showcasing a world that people often look down upon, so we’re showing the world that they are also wonderful, powerful women. My character Autumn is the “mysterious foreigner” who’s hiding something and running away from something which is how she ended up at the strip club. She’s using the place to get herself back together and move forward, while also hiding her past. Her story will unravel as the show goes on.

What was the most challenging part of your role?
Women are complex and Autumn is no different. Although I could relate to the character through my own experiences and the experiences of people I know, it was tricky to sometimes understand the undercurrents of pain, trauma, and PTSD. Finding the balance between expressing complexity while still remaining subtle was definitely hard. For the show in general, I found the accent hard to pick up but it was fun learning it. The hardest part was the training, pole dancing is fantastic, and a great skill to have learned but it was ridiculously hard! 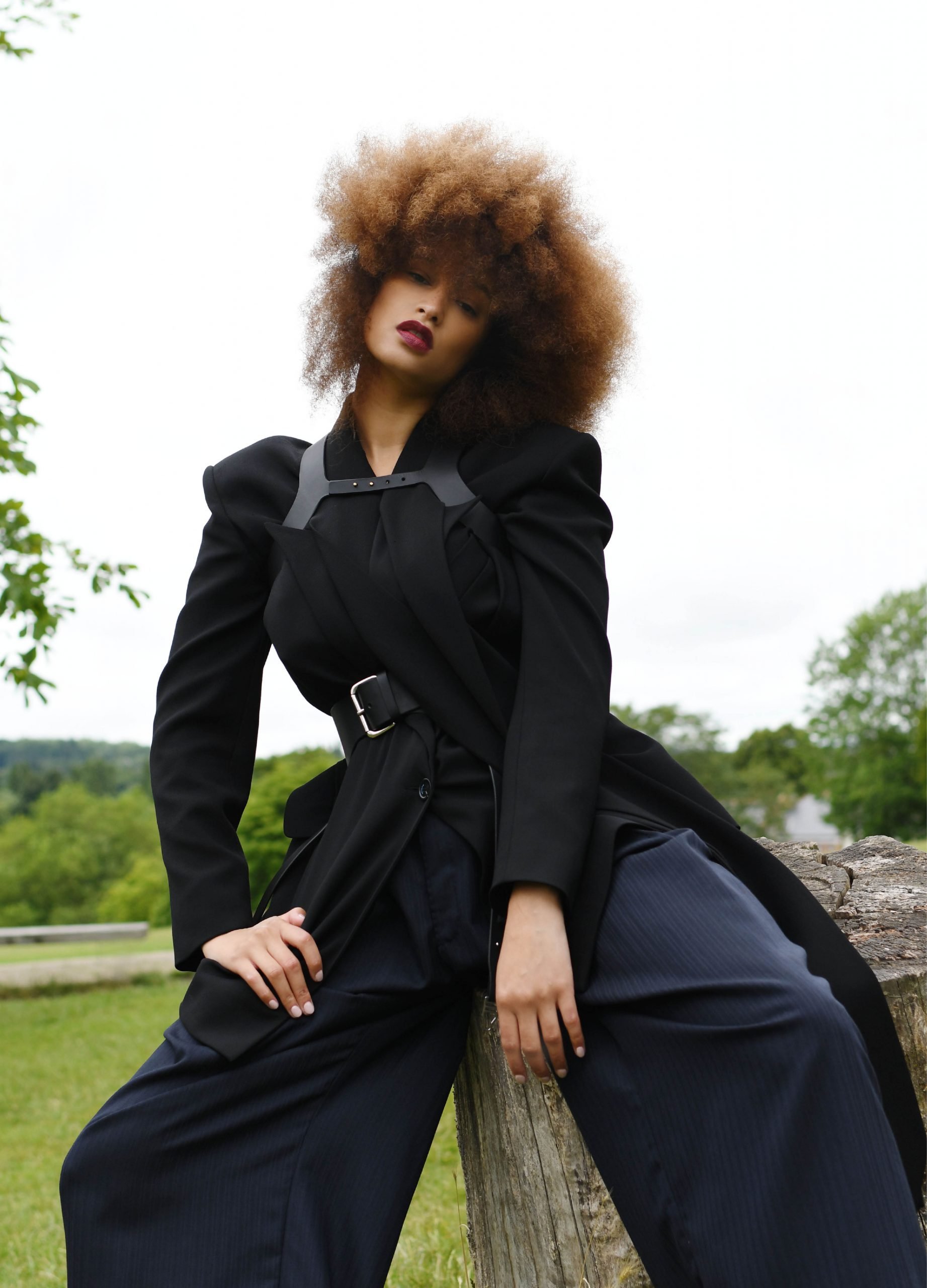 Speaking of pole dancing, what was it like? What did you take away from it at the end of the experience?
In terms of learning to pole dance, I just couldn’t get up the pole. You are using every part of the body and need tremendous core strength. I love it so much, these women are incredible. Honestly, I wasn’t completely keen on playing a stripper considering what we’ve seen on film and TV beforehand, but seeing the writing and having the opportunity to learn this amazing new skill made it so exciting because it was so rewarding!

You weren’t keen on the role because of how strippers are represented in popular media. So what lessons did you learn working on this project?
It was a huge eye-opener into the whole world. The strip clubs vary from place to place– the clubs in Atlanta are so different from other states. In London, it’s kind of a display of sexy women dancing and giving lap dances. In contrast, when I walked into Magic Mike’s in Atlanta, what I saw can only be described as Cirque de Soleil but naked. They are performers, they’re amazing. This was a world I was totally unaware of. I hope P-Valley gives people a look into this world where people have their own language, unique music, and dance moves.

The show touches on a lot of important topics including the corporate world, racism, LGBTQ+ issues, and more. These are all very relevant considering everything going on in the world right now. So when someone watches P-Valley, what message do you want people to take away from it?
What’s happening now is the result of years of fighting; people are angry and want things to change. There are a fair amount of people who believe these issues don’t exist but with social media, you can’t continue to be ignorant. You need to understand the issues and learn from them.

I think when people watch P-Valley, they’ll learn more about it without even realizing it. They’ll be peering into the lives of these characters– a powerful cast of Black men and women– particularly the lives of these strong women who have families, lives, and struggles as all women do and they’re brought together by The Pynk; they have their income and jobs in common. I think there’s a lot to learn from what Katori has written; her characters, their struggles, empowerment. I’d love people to understand that these women just happen to dance in strip clubs for a living, but their lives are just the same as everyone else’s. If everyone can take anything away from everything we’ve opened up a conversation about, we’d be proud.

What was your process like getting into character? What research did you do, and is there anything you’ve learned that’s stayed with you?
Autumn is originally from Houston, TX, so I did some research on the area and learned more about it. I trained with working strippers and whenever I got the chance, I’d chat with them about their work, their club, certain circumstances within the script. We spoke about their personal stories of being a woman working in the industry, how their family felt, and how they feel now. This was really special because I was able to learn about their stories and personal experiences first-hand.

What kind of scripts attract you and make you think “I really want to do this”?
Anything that features a woman that kicks butt! I think great writing that touches people in some way is what will attract me to a role. I’d also love to do some strong, action roles at some point.

What is your dream role?
I’ve had a list since I was younger, I’ve been lucky enough to tick off some of those roles. I wanted to play a vampire which I ticked off with A Discovery of Witches, another was an alien which I did on How To Talk To Girls At Parties, something magical which I achieved with Harry Potter. The only thing missing is a superhero role, so I’d love to do that soon!

Who is your role model?
Angelina Jolie, she always has been. I remember thinking I want people to feel the same emotion and awe about my acting, that I feel when I watch her. She’s had so many diverse roles and that’s something I’d love for my career.

If you had to describe your career in three words, what would they be?
Patience – To be patient even when things aren’t going well.
Consistent – Having people around me who have consistently been with me to help build my career.
Whirlwind – Anything is possible and if you work really hard for something, things will come along, scoop you up, and put you in the right moment.

What’s been the most memorable or surreal moment of your career?
P-Valley is my next step– It’s my first American show and I’m so proud of it. The most surreal moment was Harry Potter. I was 16 or 17 years old; I did an open call for another role that I didn’t get but then they called me a week later and offered me a different role. The next moment I was in a car to the studio– that will be a major moment for a long time. 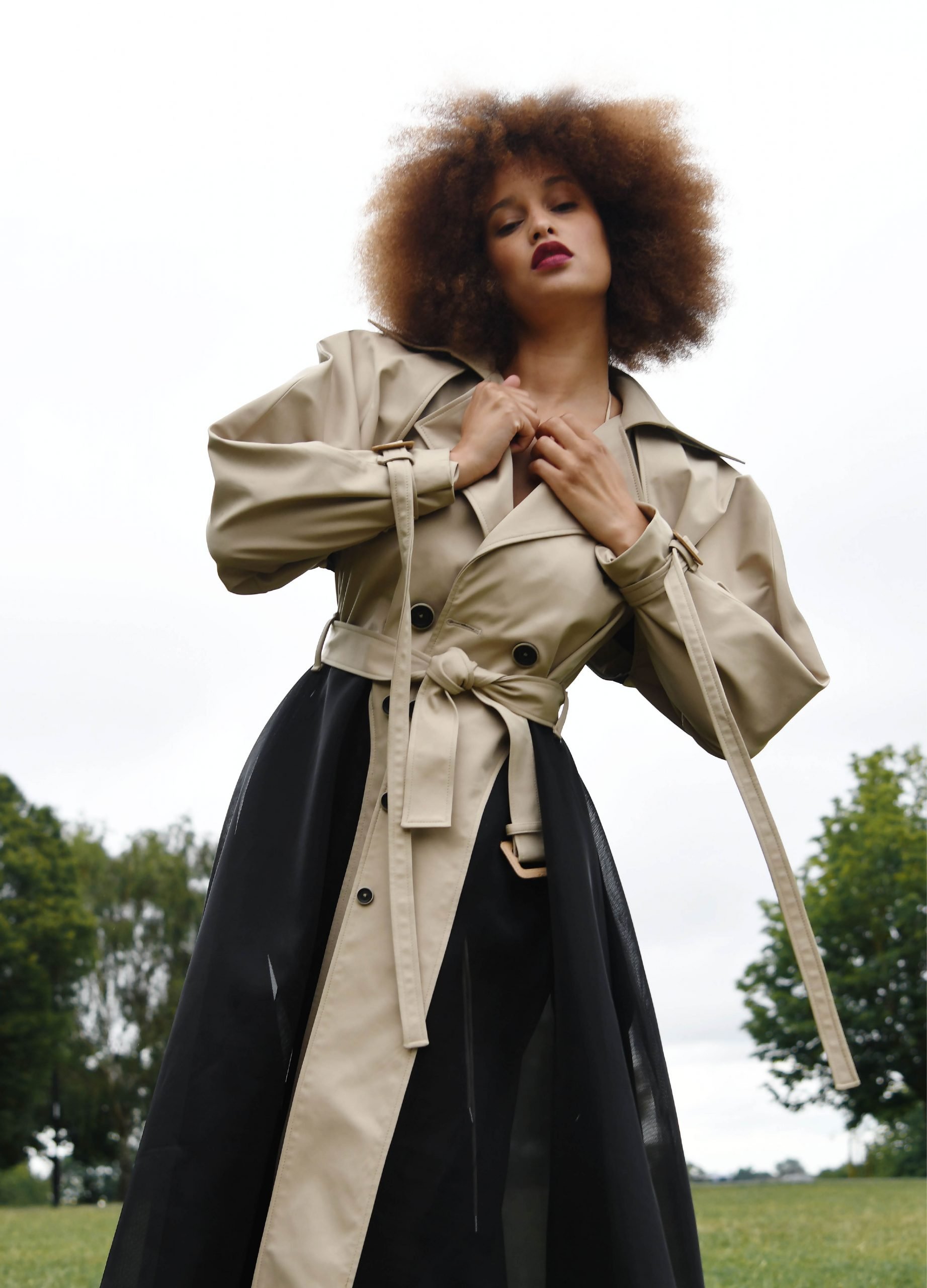 What’s next?
As of now, we’re hoping for a second season of P-Valley. Aside from that, I am looking ahead, nothing penciled as of yet, but that’s exciting too as it means I can go for anything!

What’s one question no one asks you in an interview you wish you were asked?
I love food and no one asks what I had for breakfast. I even had a pretty fun breakfast today!

What did you have for breakfast?
I had 10 cherries, granola yogurt, and biscuits. It made me very happy. I’m currently with family, and they’ve filled the fridge with everything I love!

P-Valley is on STARZ in the US and STARZPLAY in the UK starting July 12th.