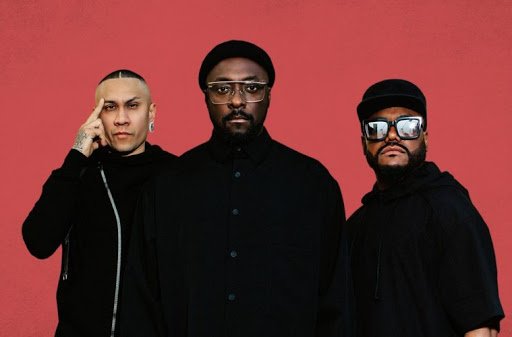 The Black Eyed Peas keep the party going with their latest slice of Latin explosion.

It’s no surprise that The Black Eyed Peas are continuing to ride the Latin wave after the monster success of their previous singles “RITMO (Bad Boys For Life”) and “Mamacita.”

For their new single, “No Mañana,” they have enlisted Dominican dembow artist El Alfa. With the track almost entirely sung in Spanish, it is clear to see The Peas have fully embraced their new sound.

The trio have also just announced the release of their eighth studio album Translation due for release next Friday, June 19.  Described as a “new album, new sonic frequency, new era” the record will feature collaborations with big names, such as Shakira, Maluma, Becky G and French Montana.

Set to integrate genres such as pop, dance, trap and reggaeton, the feel-good album comes at a time when the world is riddled with negativity. The uplifting sounds promised on the record will be welcomed and serve as some sort of release for their excited fans.

This sentiment was much echoed by band member will.i.am who opened up on Instagram about the challenges he and the group faced, whilst completing the album.

Translation is the first pop album the group have released since 2010’s The Beginning. That particular album spawned smash hits such as “The Time (Dirty Bit)” and “Just Can’t Get Enough” and was followed by The Beginning Massive Stadium Tour which saw the band perform high energy shows across the globe.

A lot has changed since then, of course, most notably the group is down to three after Fergie left to concentrate on motherhood and solo endeavors.  A fan favorite, the performer was an integral part of The Black Eyed Peas’ career and responsible for a majority of the group’s most notable hooks and verses.

It’s clear from what we’ve heard so far, and from the artists that will be featured on the album, that the Peas are going all out to make sure it brings them back into the mainstream. Let’s just hope that Translation brings us those pop anthems we all know and love them for.