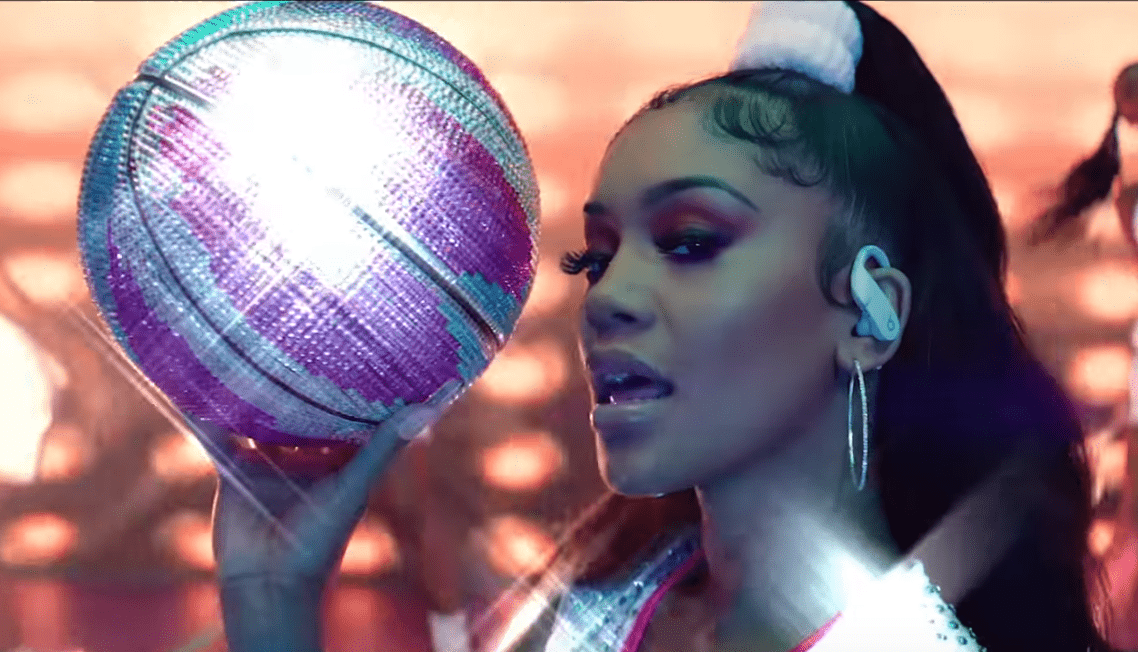 In her new single “Tap In”, Saweetie samples Too Short’s 2006 single “Blow The Whistle,” and it absolutely slaps.

“Tap In” is the second single off Saweetie’s upcoming album Pretty Bitch Music. The rapper has said that the word ‘bitch’ in the title is an acronym: Boss, Independent, Tough, CEO, Hyphy. An inspiration that Saweetie took from 2Pac’s “Thug Life” which stood for “The Hate U Give Little Infants F*cks Everyone.”

Saweetie notes that Too Short gave her his blessing for the sample: “I was like, ‘What if he doesn’t like it?’ But then he liked it, so I’m just excited,” she shared. “I’m so happy that he loves it. I’m so excited for this record. I’ve been gone for a year, but I really had to focus on my artist development because that was something that I was struggling with.”

The new single is accompanied by a music video, which is glamorous and gorgeously extra in true Saweetie fashion. Saweetie tosses diamond-encrusted basketballs while wearing stiletto-heeled Converse sneakers around the dopest basketball court that you will never get to visit.

“Never let a broke [dude] take you on a date (Nah)/ Nah, haters can’t relate, bitch, I’ve never been fake (Girl, bye)”. No one displays fearlessness and uniqueness quite like Saweetie. From her multi-colored stiletto nails to her penchant for glitter and hot pants, it’s impossible to look away from her. And, like 2Pac before her, her music expresses a way of life, a community, and a way of being in the most descriptive and creative verses possible. The year she took to put together this album really shows in this single, and it’s going to be a long wait until the full record drops.

Saweetie expresses a lifestyle of absolutely independent excellence which is doubly promoted through her new album title. If you want to win that success, you gotta be ready to play the game. And you better be playing it in 6-inch heels.