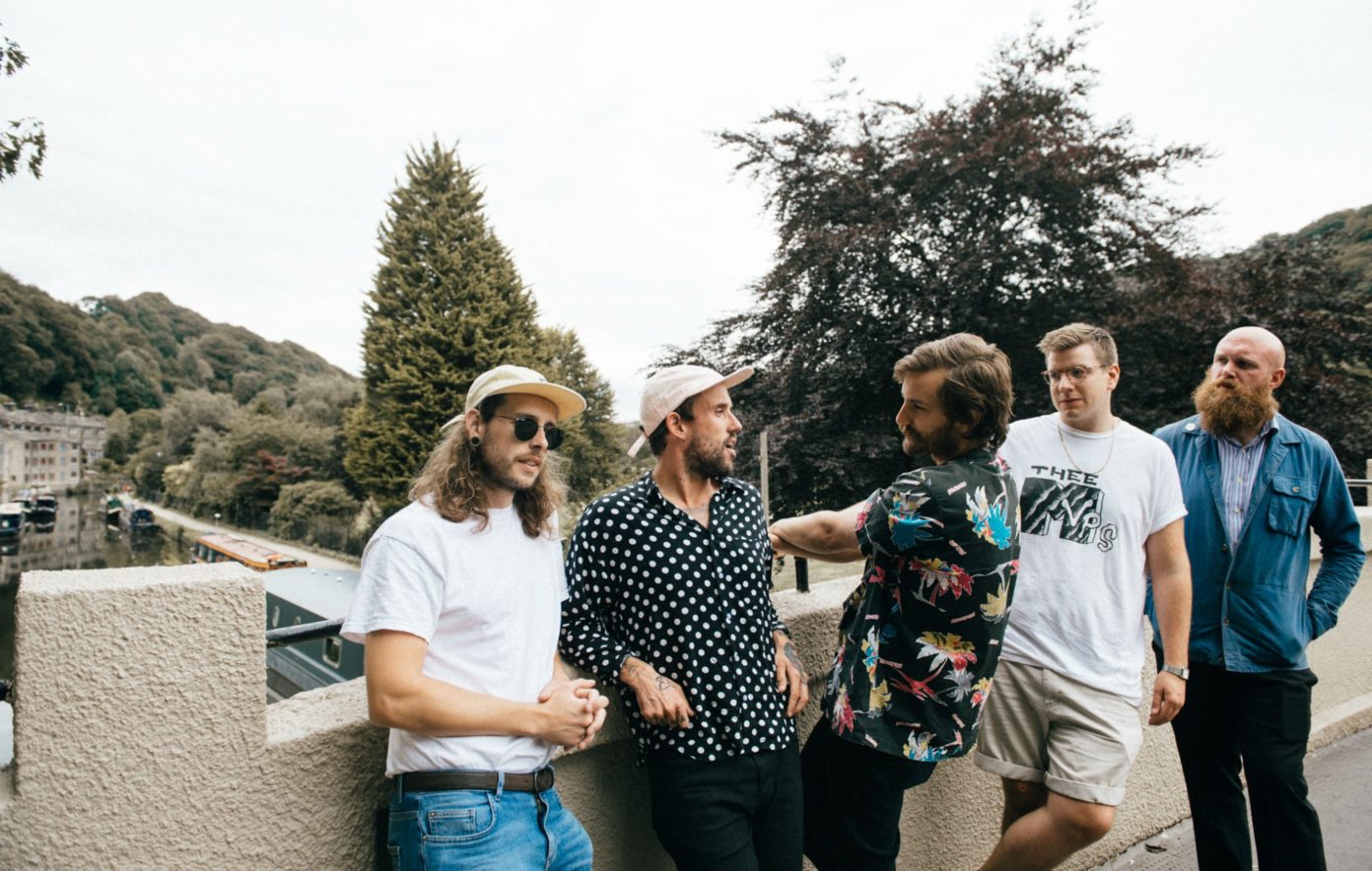 IDLES’ Joy As An Act of Resistance taught us to overcome racism, toxic masculinity and fear by accepting and loving ourselves as human beings. Now, the band has just announced the title of their upcoming third album, Ultra Mono, a phrase which the band’s lead singer Joe Talbot has coined as meaning “the best version of yourself; the pinnacle.” And if that’s not enough, after releasing the intensely optimistic single “Mr Motivator” last month, we’ve all been invited to indulge in a second sneak peak of what’s to come with their latest release, “Grounds.”

Staccato new wave synth lines open proceedings before IDLES’ signature, ravenous guitars and bass brutally intervene. It’s this similarly violent aesthetic sound that epitomized the band’s debut album Brutalism. But, with “Grounds,” they have progressed with this aesthetic and utilized it expertly to showcase not anger, but beauty and unity.

Talbot’s bulldozing lyrics are topical, heart-felt, and authentic throughout. The song’s repeated mantra reads: “Do you hear that thunder? / That’s the sound of strength in numbers,” exemplifying Talbot’s declarations of unification to his listeners.

With recent events in the US after the unjust death of George Floyd causing worldwide outrage, the timing of the release of “Grounds” could not be more pertinent. “There’s nothing brave and nothing useful / You scrawling your aggro shit on the walls of the cubicle / Saying my race and class ain’t suitable / So I raise my pink fist and say black is beautiful,” reads the song’s second verse.

In these four lines alone, racial hatred, white supremacy, marginalization, and discrimination are all strikingly laid bare. The lines between lyricism and poetry are blurred to the extreme here, and Talbot is evidently an artist relishing in his prime – or, if you like, ‘ultra mono.’

The music video released for “Grounds” stars Talbot driving around in a Volkswagen during the very early hours of the morning. As the engine fires up, so too does the song’s introduction and by the conclusion, Talbot is faced with a masked man – which turns out to be an alternative version of himself – before being clobbered and having his car stolen.