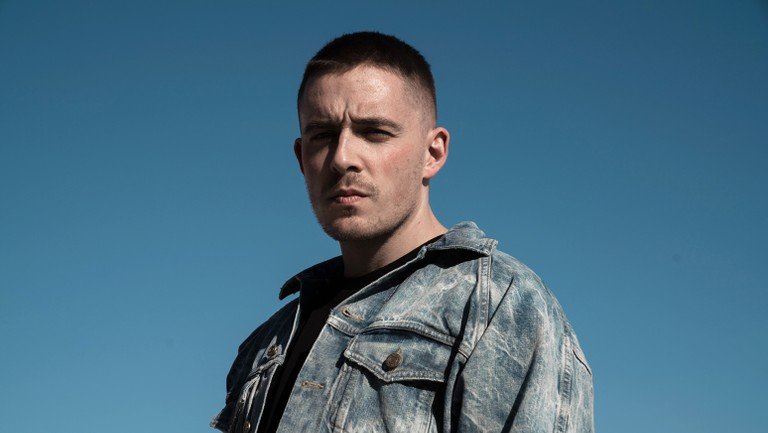 Irish singer-songwriter Dermot Kennedy has had a huge couple of years. One of the few singer-songwriters to break into the mainstream, Kennedy gained recognition for his knack at connecting with listeners through his raw vocals and powerful choruses. Just take a look at his Spotify page: his top two tracks “Power Over Me” and “Outnumbered” have each passed 100 million streams to date. His beautiful songwriting and vocal performances have connected with listeners at a level that few other artists can rival.

Dermot releases his newest single “Giants,” a stunning addition to his collection of rock-inspired ballads. There’s something eerie and ominous about the opening of the song, which features soft clapping and humming background vocals as Dermot sings the first lines of the song: “We used to be giants, when did we stop?” The song that follows is a heartbreakingly nostalgic plea for a return to a past love.

Dermot does what he does best with this track: he makes you feel exactly what he’s feeling with just the quality of his voice alone. His vocals are untamed, yet melodic; anguished, yet hopeful. These rougher qualities are what make the emotion shine through, while the melodies and composition are what make every track so listenable. “Giants” is simplistic in its production–the most noticeable instrumentation is really Dermot’s own voice. It truly steals the show on this track. It’s a rarity that an artist’s own voice can overpower a song in the way his does. All he needs to accompany it is a beat, some additional vocals and a few strums of a guitar, to make a track that sounds complex. The chorus of “Giants” is a passionate repetition of those opening lines, this time with a more intense beat, making it ready to be sung along to. The chorus is so catchy and simple, that it’s easy to listen to the track several times on loop, just to keep shouting along to the lyrics.

I could go on for paragraphs trying to describe the way that Dermot Kennedy’s music conveys emotion, but the bottom line is that it truly does just make you feel. He’s put out release after release of these vulnerable ballads, and every time they seem to get better and better. After several listens to “Giants,” the only question that I’m left with is the question of when he’ll be releasing more.