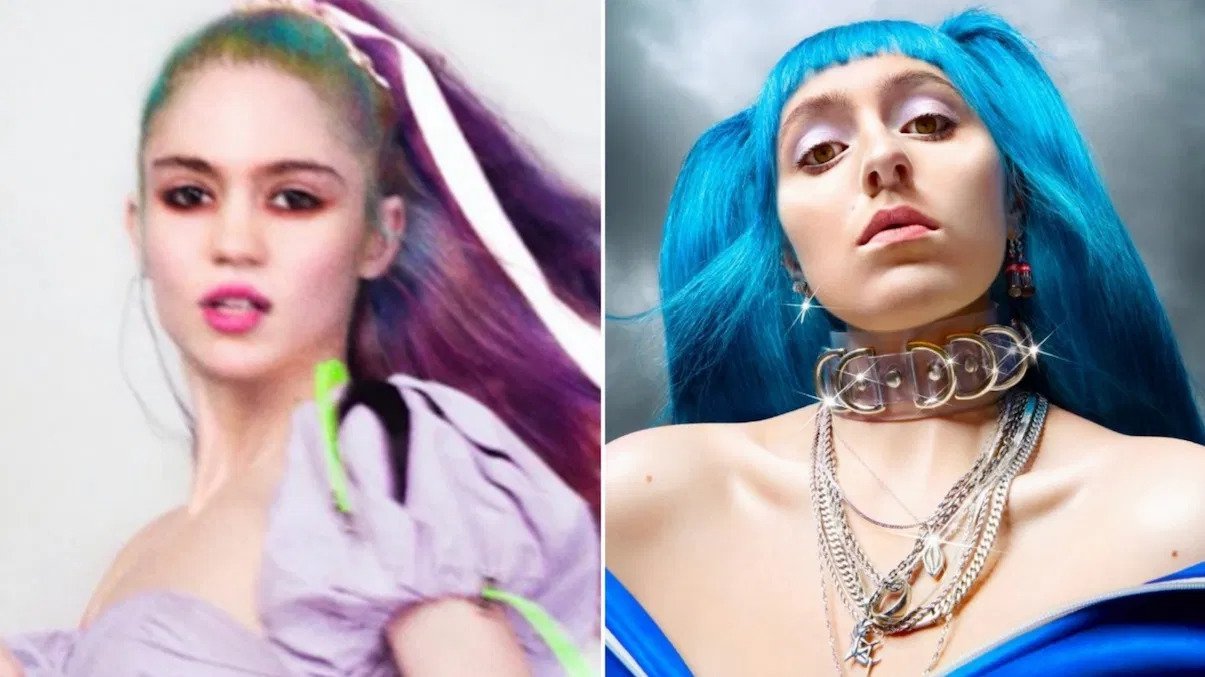 Pop-rapper and TikTok star Ashnikko join forces with Grimes for a new offering “Cry” which experiments a pop soundscape with a futuristic outlook. The track is accompanied by a CGI-animated video directed by Mike Anderson, with inspirations drawn from anime, demons, and dancing humanoids.

The track’s simple message as described by Ashnikko, “anger about my ex-best friend sleeping with my boyfriend,” is elevated by Grimes’ expertise as she returns to music post the birth of her son, her previous release being album Miss Anthropocene. Making it even better, the visuals tell the story of a brutal betrayal; depicting Ashnikko and Grimes mutating and metamorphosing into a demon alter ego of Ashnikko – represented as a three-headed cyber goth character- stalking her prey as the two singers fittingly sing “this could get gruesome.”

Featuring distorted guitar riffs and trap-tinged drums the track boasts an expansive soundscape that swings effortlessly between Ashnikko’s lacerating screams – “Bitch, are you trying to make me cry?” – and Grimes’ signature raspy whispers. While the shortest track of Ashnikko’s discography in terms of length, the ambitious offering is diverse in terms of musicality, delivering an intricate, layered soundscape that perfectly showcases Ashnikko’s raw potential and drives for perfection.

Though fairly new to the arena of music– with one EP Hi, It’s Me released in 2019 and her viral track “Stupid” featuring Yung Baby Tate– under her belt Ashnikko easily and impressively manages to hold her own while collaborating with Grimes who defined the genre of futuristic-pop for a decade now. Having worked around the restrictions of lockdown, the track was originally supposed to drop in June but shelved in light of the Black Lives Matter movement, as the Miley Cyrus-approved artist stood in solidarity with the Black community. But now that it’s here, the angry, catchy “Cry” comes as a wild visual trip and a sound that’s out of this world.